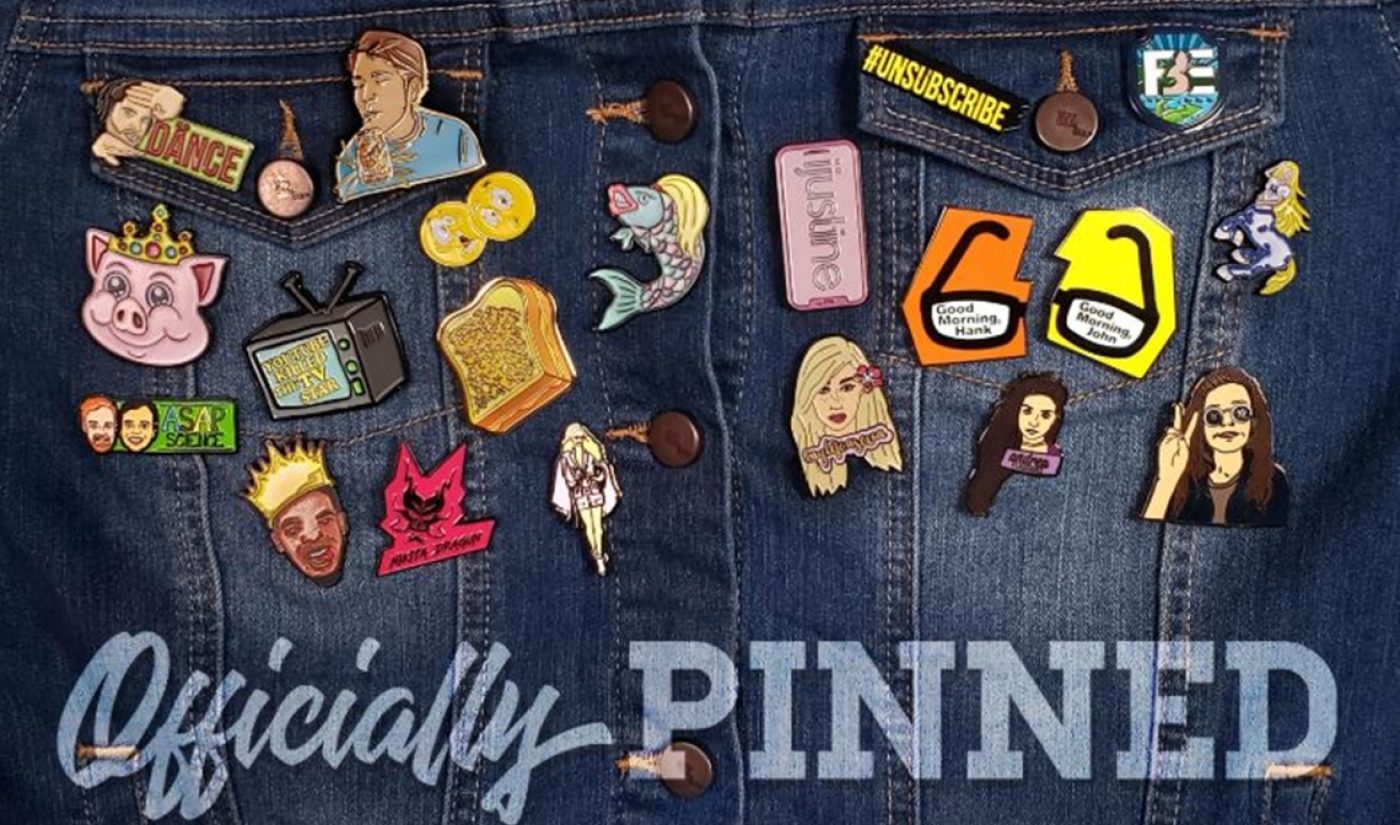 Officially Pinned was founded last spring by digital vet Max Benator and the Brooklyn-based artist Andrew Shuta. The company has since collaborated with 16 YouTubers to vend their own enamel pins, including Shane Dawson, Eva Gutowski, ASAPScience, Justine Ezarik, Kingsley, and Nikita Dragun.

The pin purveyor has created a total of 34 designs to date — including Dawson sipping on root beer and a pink iPhone touting Ezarik’s ‘iJustine’ channel moniker — and is ramping up its output with 10 launches slated to arrive in the next month alone. In addition to its creator-sanctioned pins, Officially Pinned also vends proprietary designs inspired by internet culture, like a rainbow donut and a recreation of the infamous World Record Egg. The company also created a limited-edition pin in honor of the 2018 Streamy Awards (which is produced by Tubefilter), and launched its first-ever charity pin in November alongside Bunny ‘Graveyard Girl’ Meyer to benefit horse therapy nonprofit Equi-librium,

Officially Pinned gets certified approval from creators and rights-holding partners to vend the pins and works directly with the parties involved to collaborate on the designs — hence the “official” part of the name. Creator pins are priced at $12, while Officially Pinned’s pins are $9 apiece.

“We saw a truly well crafted and original product that really found traction with consumers looking for something different than the standard merchandise offering.” said Marc Hustvedt, who was named CEO of FBE in July. “Now, bringing this in to the FBE family allows creators to tap into our global reach and partner with all kinds of new creatives.”

Officially Pinned was inspired by Disney pin-trading culture, in which collectors visiting Disney resorts can approach other park-goers or staffers wearing specifically-designated lanyards to propose trades, which the employees must typically accept. Certain rare Disney pins can even re-sell for thousands of dollars on eBay and the like. Officially Pinned is seeking to bring this kind of pin-trading culture to the YouTube space, so appearing at consumer events like VidCon is key to its business premise, the company says. A pin-trading board will facilitate trades with collectors during the event later this summer, building off the presence Officially Pinned established at VidCon last year.

In addition to Officially Pinned, FBE operates an existing merch storefront where it vends T-shirts and laptop stickers. And given the perennial ebbs and flows of the YouTube ad business, Hustvedt says that FBE is constantly brainstorming new revenue streams, including card games inspired by its Guess That and TMI franchises.