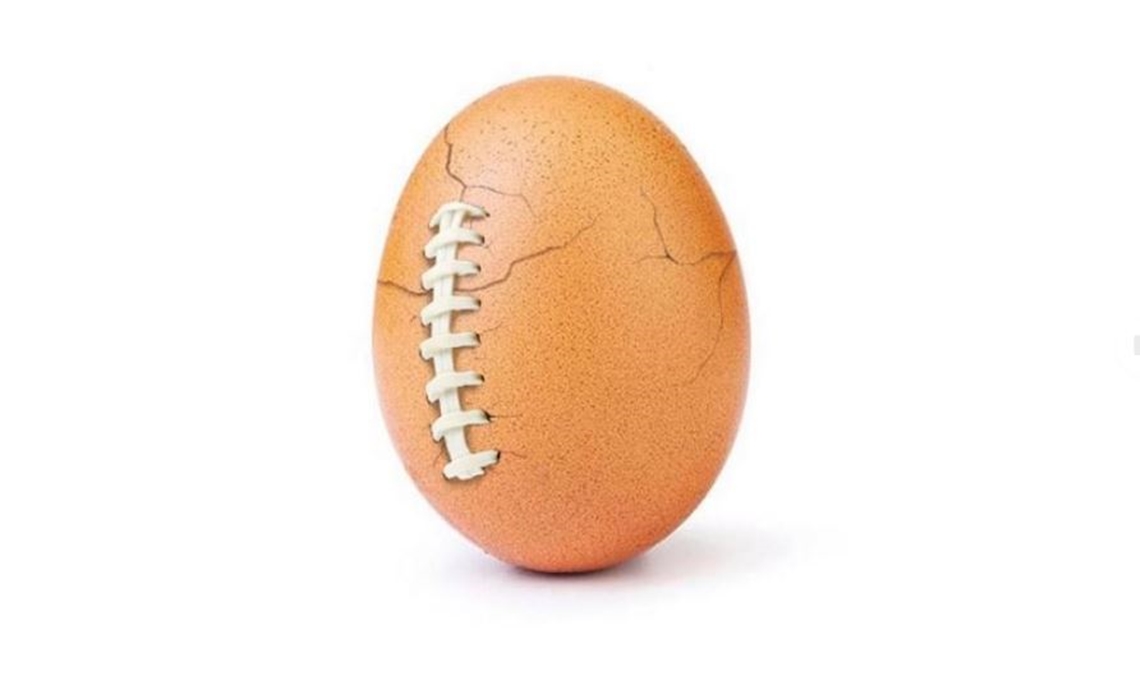 What began as a not-so-clever ploy to achieve virality has received a massive corporate stamp of approval.

The World Record Egg — a photo of a plain brown egg on Instagram that successfully sought to oust Kylie Jenner as the proprietor of the most-liked post of all time (with 52 million likes and counting), has partnered with streaming service Hulu on a digital ad that premiered after Sunday’s Super Bowl. The campaign actually kicked off last month, with a series of photos on the World Record Egg account showing that the egg had begun to develop slight cracks. A post on Saturday saw the egg adorned with football laces, teasing that all would be revealed Sunday “only on Hulu.”

The partnership turned out to be an ad campaign to promote various mental health organizations. “Recently, I’ve started to crack,” the egg explained in the spot (see below) via captioning. “The pressure of social media is getting to me.” The video then directed viewers to www.TalkingEgg.info, which comprised a list of different nonprofits dedicated to providing mental health services worldwide.

Phew! I feel so much better now 😊 If you’re feeling the pressure, visit talkingegg.info to find out more. Let’s build this list together 🙌 #EggGang #WeGotThis #TalkingEgg

At the same time, The New York Times has unmasked the team behind the stunt: 29-year-old ad exec Chris Godfrey (who works at London’s The & Partnership) created the idea and then brought two friends on board to help him steer the runaway venture: Alissa Khan-Whelan and C.J. Brown. “An egg has no gender, race or religion,” Godfrey told the Times of why he believed the photo of the egg — which the team has nicknamed Eugene — was resonating with Instagrammers the world over. “An egg is an egg, it’s universal.”

Godfrey, Khan-Whelan, and Brown told the Times that the egg’s rise was completely organic among its growing group of 10 million followers, which it has nicknamed the #EggGang. They also said that the account will be used to spread messaging about additional social causes in the future, though they don’t have any other partnerships on tap as of yet.

And while digital execs — including VaynerMedia head Nik Sharma — have previously said that the egg could net as much as $10 million for a brand deal, Khan-Whelan told the Times that that figures was “greatly exaggerated.” The team declined to share, however, how much they were paid for the Hulu partnership.