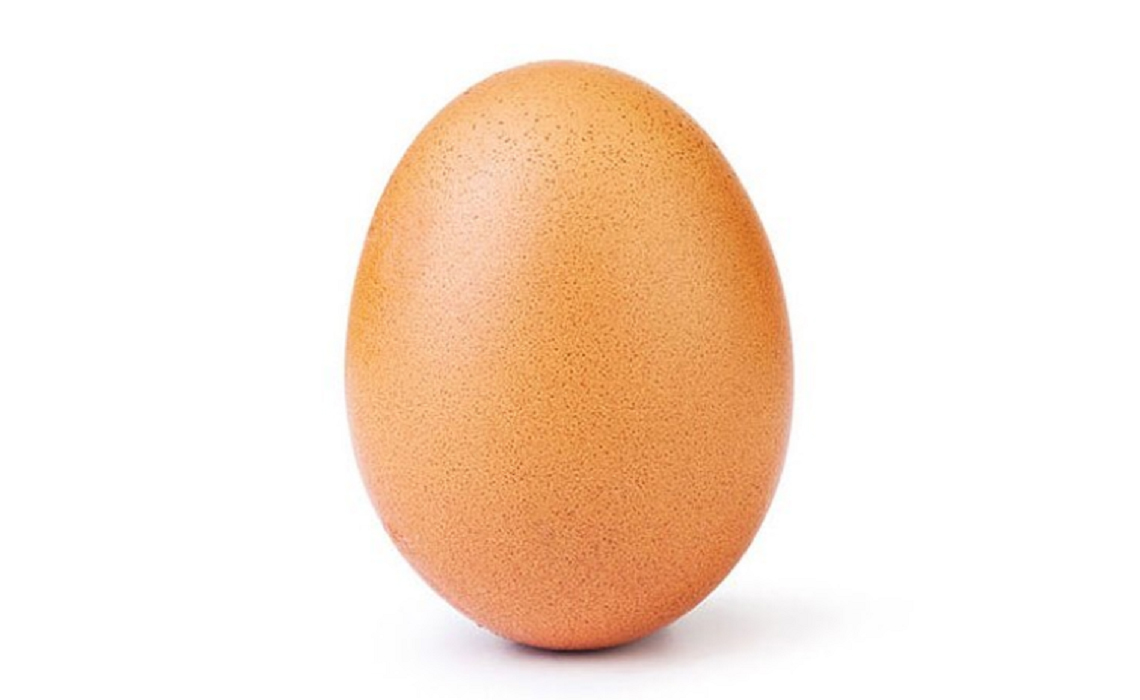 A photo of a single brown egg has become the most-liked post on Instagram, dethroning reality TV star and beauty entrepreneur Kylie Jenner’s February 2018 introduction of her daughter, Stormi.

At the time of posting, the egg has cracked 31.7 million likes. Jenner’s post, from Feb. 6, 2018, has just 18.4 million likes. Users are flooding the comments section of Jenner’s photo, offering condolences and gloating both, with many just commenting simply, “Egg.”

Jenner may have been overtaken on likes, but when it comes to followers, the egg is nowhere close to beating her out. It boasts 3.8 million followers (and to be fair, that’s no small potatoes). But, Jenner currently has the seventh most-followed Instagram account in the world, with 123 million fans tuning in for her updates. Ahead of her are only Instagram’s own account (275 million followers), soccer player Christiano Ronaldo (151 million), Selena Gomez (144 million), Ariana Grande (142 million), Dwayne ‘The Rock’ Johnson (128 million), and Jenner’s own half-sister Kim Kardashian (124 million).

As for the world’s top egg, its second goal was to become an Instagram-verified account. “Official world record holders of the most liked picture on Instagram,” its profile was changed to read after reaching the top. “Now where’s our blue tick?”