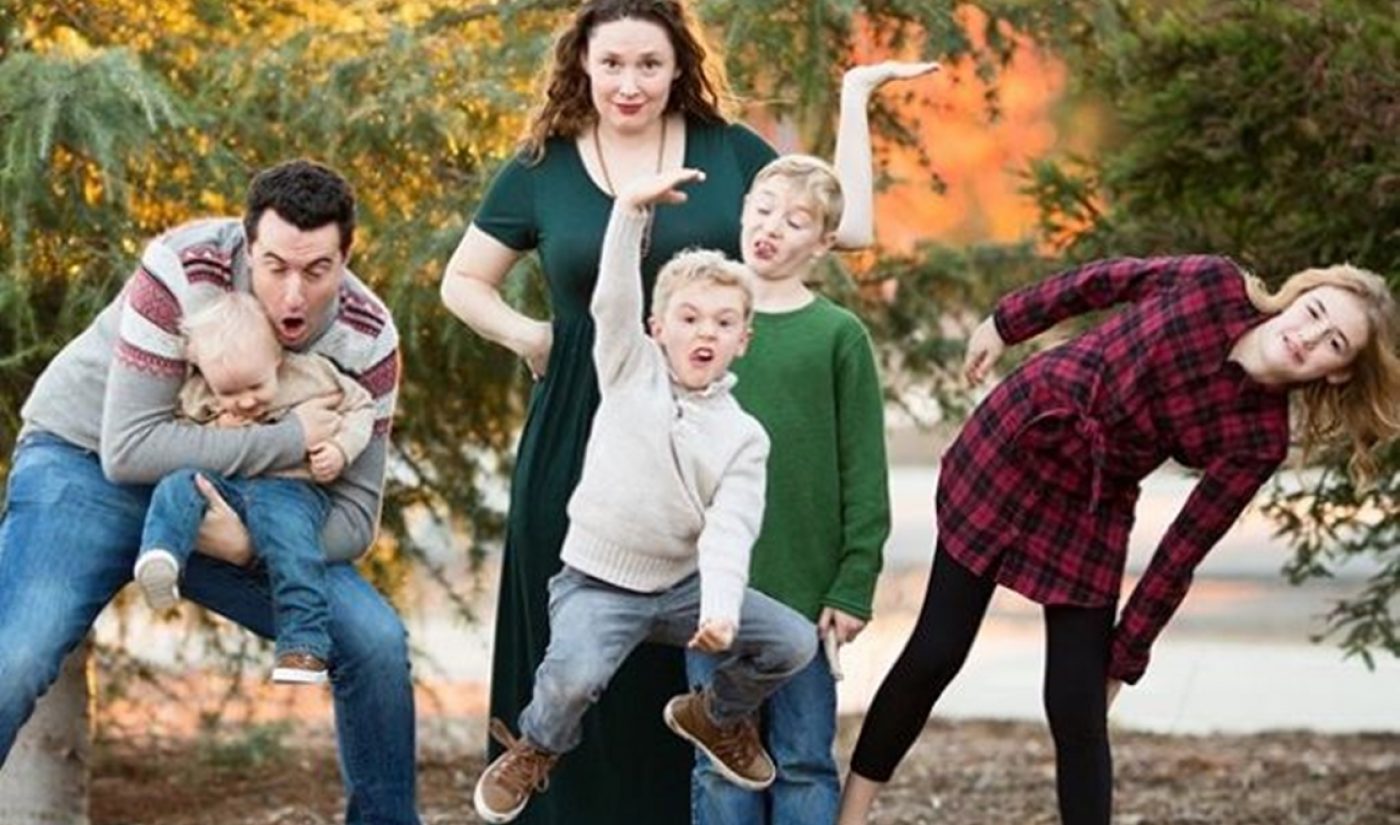 In light of a potential second coming of the Adpocalypse, in which a number of major marketers have pulled YouTube ads after discovering that campaigns had run against ostensibly innocent videos of young children where pedophiles were exchanging fetishizing remarks in the comments, YouTube is taking severe pains to stamp out the behavior — but not all creators are thrilled with its sweeping response.

On Twitter, Christian family vlogger Jessica Ballinger — who shares videos with her husband, Christopher, and their four children (pictured above), including Parker, a five-year-old gymnast — expressed dismay that a handful of recent vlogs had been demonetized. YouTube acknowledged that while the clips themselves were ad-friendly, in light of the recent controversy, “even if your video is suitable for advertisers, inappropriate comments could result in your video receiving limited or no ads (yellow icon).” (According to YouTube’s monetization icon guide, a yellow icon means that videos are not suitable for most advertisers).

Ballinger, whose channel counts 1.2 million subscribers, countered that she monitors her comment section stringently, and suggested that rather than punishing channels like hers, YouTube remove the offending comments and ban the users. However, the company said its “recent actions are due to an abundance of caution related to content that may endanger minors.” It continued, “Not all channels do moderate, and we’ve had to take an aggressive approach and more broad action at this time. We’re also investing in improving our tools to detect/remove this content, so we rely on your moderation less.”

Ballinger concluded by suggesting that demonetization, in this instance, seemed more like a bid to appease advertisers than an effort to root out predatory behavior. “How does demonetizing content do anything to stop potential predators?” she wrote.

You can check out the crux of the exchange right here:

MY 5 YEAR OLD SON: does gymnastics and is a happy, sweet, confident boy.
youtube: NOT ADVERTISER FRIENDLY

(This happened yesterday— I find the timing on this very, very disheartening for the @YouTube community) pic.twitter.com/pewLkljFpI

(2/2) With regard to the actions that we’ve taken, even if your video is suitable for advertisers, inappropriate comments could result in your video receiving limited or no ads (yellow icon). Let us know if you have any questions.

Appeasing both advertisers and creators around the highly-charged issue of monetization is a tricky dance that the platform has struggled with in the past. In order to placate advertisers in the wake of the last Adpocalypse, YouTube inevitably had to ratchet down on the kind of content that was eligible for monetization — in turn setting off a firestorm among the creator community, whose very livelihoods hang in the balance. Subsequently, in order to address these concerns, YouTube accelerated its appeals process to help those who felt they had been unfairly demonetized, and also revamped its monetization notification processes.

In addition to publicly interfacing with creators on Twitter, YouTube has also reportedly delivered a memo to advertisers detailing the actions it is taking to stem the pedophilic comments — including increased demonetization, comment moderation, and addressing ongoing recommendation algorithm and autocomplete search issues, per The Verge. According to the memo, millions of videos have been partially demonetized with the yellow icon. Furthermore, YouTube may also ask creators to more astutely moderate their comments, according to the memo. “We can hold monetizing channel owners to a higher standard,” the company reportedly wrote.

Disney, Epic Games, and AT&T have all stopped advertising on YouTube in recent days due to the discovery of pedophilic comments. The video giant said that, within the first 48 hours of the scandal breaking, it had disabled comments on tens of millions of videos, terminated over 400 channels, and reported illegal comments to law enforcement.