Everyone Gets A (Toy) Car In MrBeast, MSCHF’s Just-Launched Lamborghini Sweepstakes 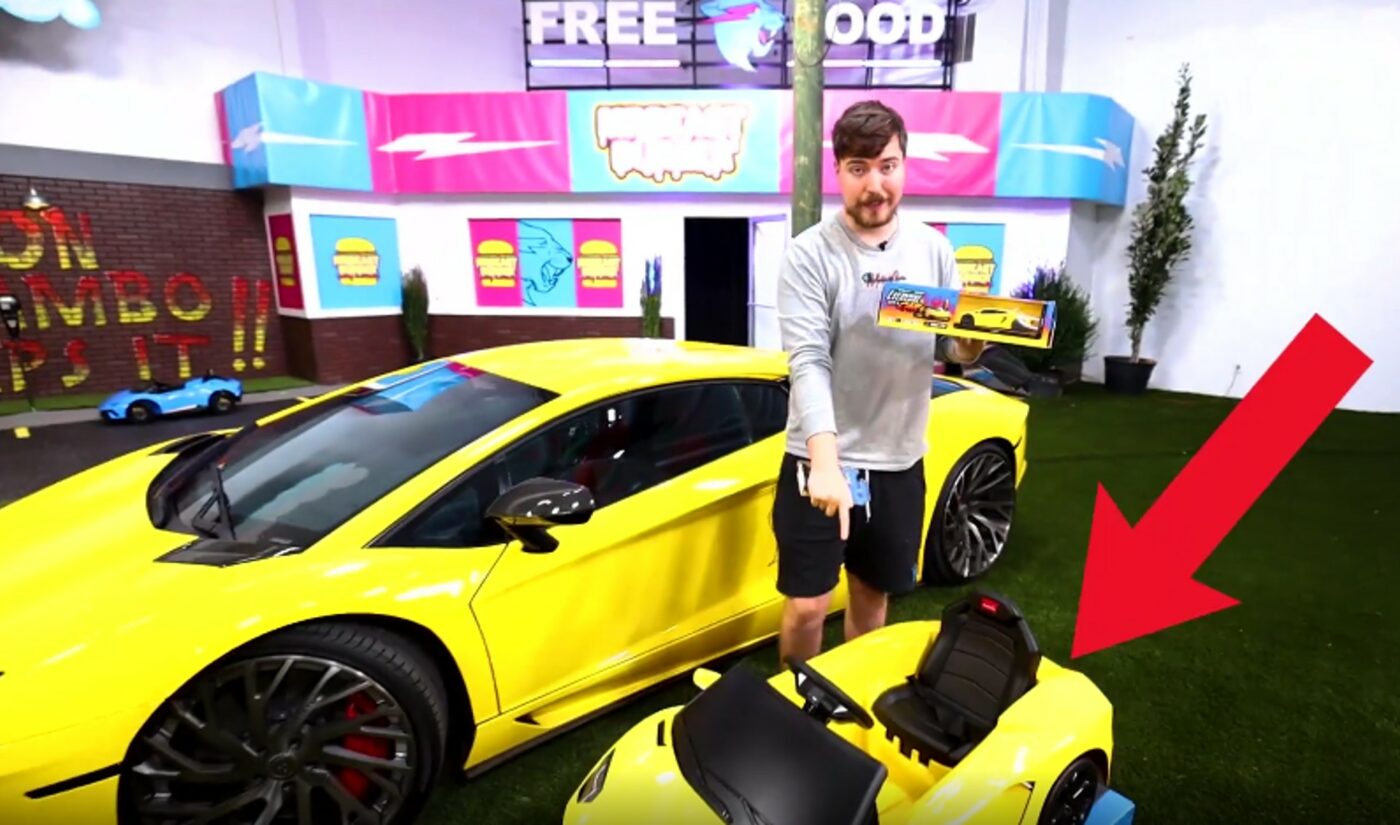 Fresh off a collab alongside digital studio Mythical, MSCHF — the Brooklyn-based viral product collective — is re-teaming with MrBeast, with whom it previously worked on the hit mobile game Finger On The App.

Their second venture together, dubbed Everyone Gets A Car, is a sweepstakes of sorts, where consumers can purchase a “car” for $35. Four different sizes of Lamborghinis will ultimately be shipped to shoppers: a toy car that’s 1/64th the size of an actual Lambo, a remote-control car, a kid-sized car, and an actual Lamborghini.

The sweepstakes begins today and ends on Jan. 10 — or as soon as MSCHF’s supply of 250,100 toy cars is sold out. While everyone who purchases will receive an toy car, the other prizes will be given to winners selected via random draw, and notified by email or phone within two days of selection.

A total of five actual Lamborghinis are being given away, including one pre-owned Aventador Coupe (approximate retail value of $300,000, per MSCHF), and four pre-owned Gallardos ($100,000.00 each). This means that the probability of winning a Lambo are 0.002%.

Additionally, 250 second-prize winners will receive ride-in, kid-sized Lamborghinis (with an approximate retail value of $279 each), and 2,500 third-place winners will receive a remote-control model, which have a value of roughly $20 apiece, according to MSCHF. The likelihood of winning second and third place prizes are 0.1% and 1%, respectively.

Participating shoppers must be residents of the U.S. and at least 18 years old. All sales are final.

MrBeast and MSCHF have previously hosted two Finger On The App games — a free mobile contest where participants are challenged to hold a finger on their phone screens for as long as possible. The first game touted a $25,000 prize pool — though MrBeast ended up handing out $20,000 to four winners — while the second offered a $100,000 prize.