MrBeast’s Second ‘Finger On The App’ Challenge Set For Feb. 19 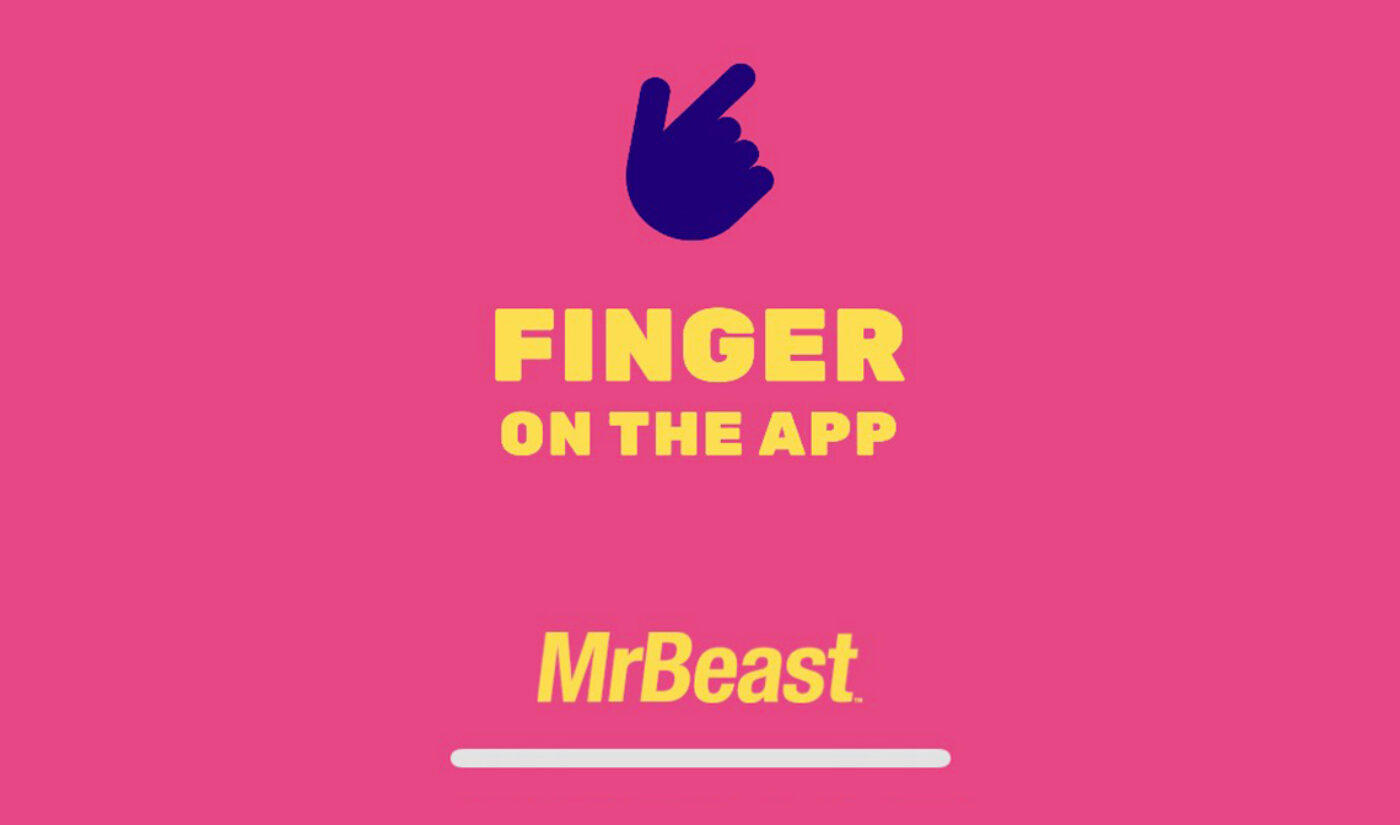 MrBeast’s Finger on the App challenge is back.

The famously generous YouTuber (49.2 million subscribers) has set Feb. 19 as the start date for Finger on the App 2, a marathon trial that’ll award $100,000 cash to whomever is able to keep their finger on their smartphone the longest. The original Finger on the App challenge ran this past July, and ended in a four-way tie after a grueling 70 hours. Each of the winners ended up bagging the total grand prize amount of $20,000, and numerous other high placers also took home cash rewards.

Finger on the App 2 was originally scheduled to begin Dec. 29, but the Beast team ran into traffic and technical issues shortly after the challenge was announced, MrBeast (aka Jimmy Donaldson) explained in an Instagram Story.

“A lot more of you downloaded the app than we thought would download it, and so basically the servers we had are struggling to keep up,” he said. “We’re trying to upgrade them, but it’s causing a lot of problems…I just don’t want millions of people to have their finger ont he app and then there’d be a bunch of bugs and the reason you’d get out isn’t because you take your finger off, but because the app’s buggy.”

Delaying the challenge “sucks, but that’s what they told me it would take to ensure there’s no bugs and ensure we can handle at this scale,” he added.

The app is mostly unusable right now, but when the server issues are patched, folks won’t have to wait till Feb. 19 to start playing. For this round, Donaldson has added a “Battle Mode” that lets users go head-to-head in minigames. Winners can score extra lives to be used during the official challenge.

Like the first Finger on the App (which was run by “Banksy of the internet” startup MSCHF, while this one is run by Donaldson’s manager Night Media), Feb. 19’s won’t simply ask players to keep their fingers still on their phones. At regular intervals, they’ll have to move in specific ways to prove they are indeed a real, conscious human who’s in it to win it.

Finger on the App is based on the “last person to stop doing this thing wins the prize” contests that make up a significant portion of Donaldson’s YouTube content. It’s also the first project to emerge from the 50-person development team at his nascent tech company, Beast Interactive Games.

Prizing for Finger on the App 2. But more interesting…Mr. Beast is now the owner (vs. MSCHF)

Just the start. Beast has a 50-person team working on these projects pic.twitter.com/U8qRDuGtOO

It is not, however, Donaldson’s only entrepreneurial venture. Last week, he launched delivery-only, fast-food brand MrBeast Burger–and shortly after tweeted that he’ll debut another business Jan. 15.