Get Your “Illegally”-Flavored Potato Chips, Courtesy of MSCHF And Mythical 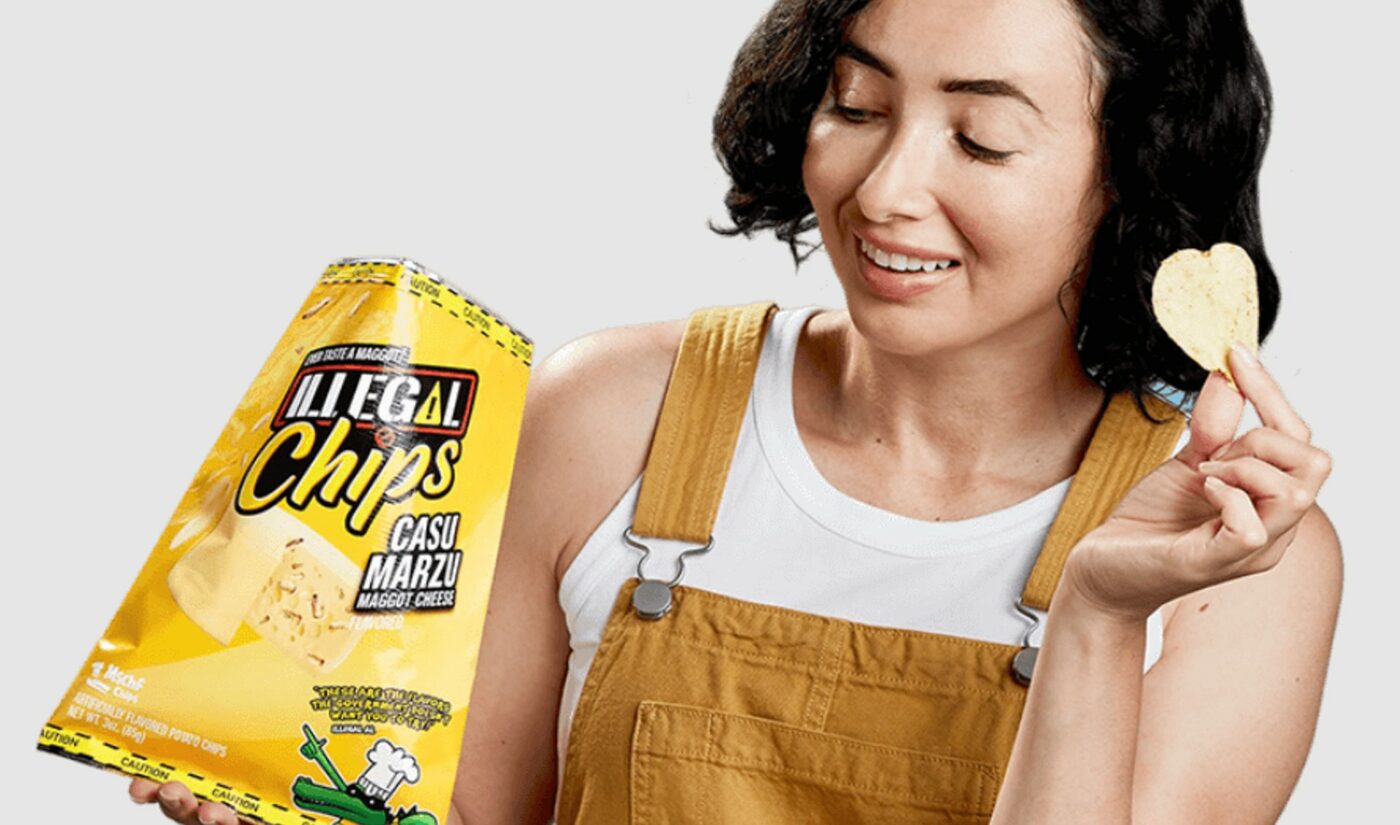 MSCHF, the Brooklyn-based art collective and product startup that releases unconventional drops — like MrBeast’s Finger On The App game and Lil Nax X’s Satan Shoes — has unveiled its 61st venture in collaboration with digital network Mythical.

The bags are flavored like foods that are “illegal” in the U.S., including horse meat, fugu (poison blowfish), and casu marzu (cheese formed by maggots). Consumers can buy a package of four bags — each of the aforementioned flavors, plus a second surprise bag — for $12. All are synthetically-flavored and kosher, while the horse and fugu varieties are vegan, and casu marzu is vegetarian.

In addition to Good Mythical Morning, Mythical operates a channel outpost exclusively dedicated to food called Mythical Kitchen (1.8 million subscribers), which is hosted by Josh Scherer, and which helped develop the fugu flavor.

While MSCHF’s marketing about illegal foods is giddily captivating, the actual legalities are somewhat more murky.

Horse meat is technically legal to consume in most states — and is eaten elsewhere across the globe — though, confusingly, the slaughter of horses for food in the U.S. is banned. Also, in order to serve fugu in Japan, chefs must train for several years and receive a special license, given that the fish contains lethal parts that must be carefully removed. The same holds true in the U.S. That said, Sardinian casu marzu, which relies on larvae to promote fermentation, is banned in the U.S.

“The distinction between food animals and non-food animals is a social construction,” MSCHF wrote in a manifesto of sorts about Illegal Chips. “Prohibitions create desire…Artificial flavoring is the future, our path to disengaging food production from the deleterious environmental effects of industrial agriculture and the sheer inefficiency of living animals.”