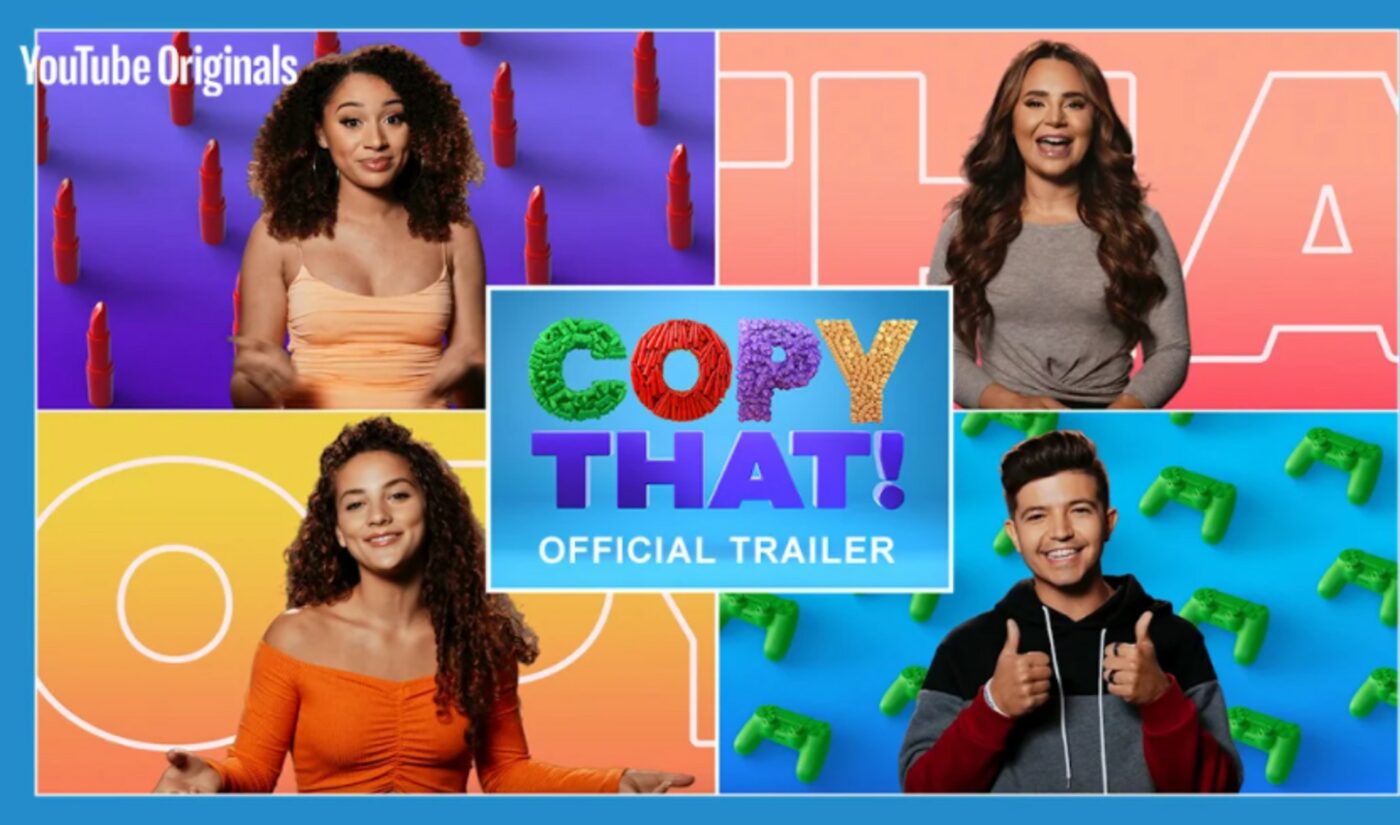 The company has unveiled today the trailer for Copy That!, which will see top video stars from various fields trying their hands at one another’s talents.

Episode one will premiere on Arsement’s channel, followed by installments on the channels belonging to Dossi, Pansino, and Luhhsetty. All four stars will compete in an eating contest on Stonie’s channel for the finale.

Other recent YouTube Originals include No. 1 Chicken — a Fear Factor-like, creator-packed competition hosted by FaZe Rug — as well as How To Olympics, 30 Days With Bretman Rock, Could You Survive The Movies, and Retro Tech.

You can check out the trailer for Copy That! right here: