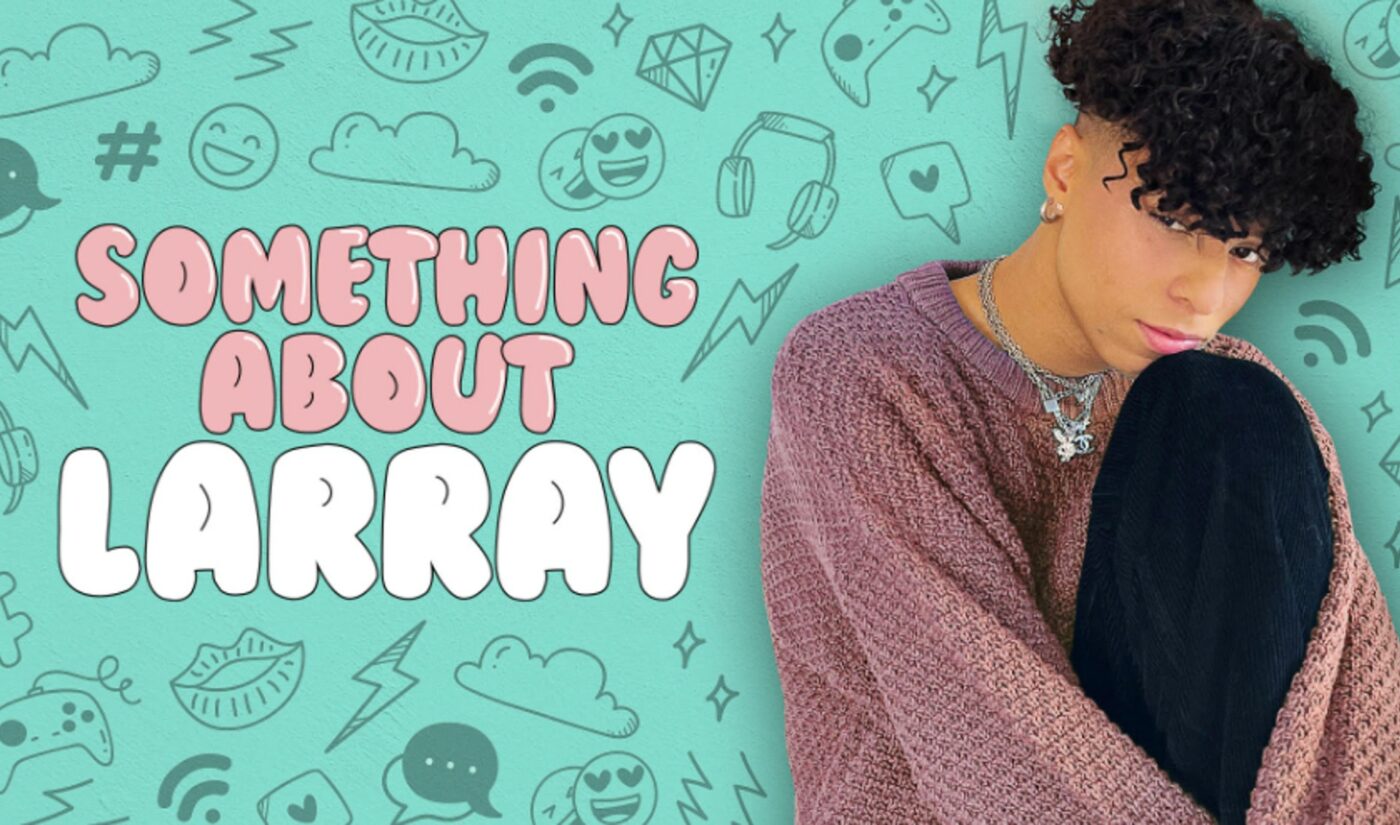 Larray is the latest native TikToker to land an original show on Facebook‘s family of apps.

In Something About Larray, the 23-year-old social phenom — whose real name is Larri Merritt — will over the course of 11 episodes renovate his grandmother’s home, where she has resided for 60 years. The series will premiere on Nov. 9 across Facebook, Instagram and WhatsApp.

“My grandma, she does absolutely everything for everybody else, she’s always putting people first and never putting herself first, and I feel like no one really does that for her,” Merrit explains in the show’s trailer (below). “I think Something About Larray will allow fans to see a different side of me, and I’m excited for them to meet my family on-screen.”

Something About Larray is part of an Instagram initiative that sees it funding original content headlined by noteworthy TikTok stars, including Amelie Zilber, SeanDoesMagic, and Michael Le. Like those shows, Something is produced by Gen Z studio Brat TV, which has a multi-series content deal in place with Facebook.

All told, Merritt counts 40 million followers on social media, and has dipped his toes into music with the hit 2020 single “Canceled.” He also owns a merch brand called Girlies, and a virtual restaurant chain called Larray’s Loaded Mac & Cheese. Merritt is currently in development on a comedic feature with digital studio Invisible Narratives.