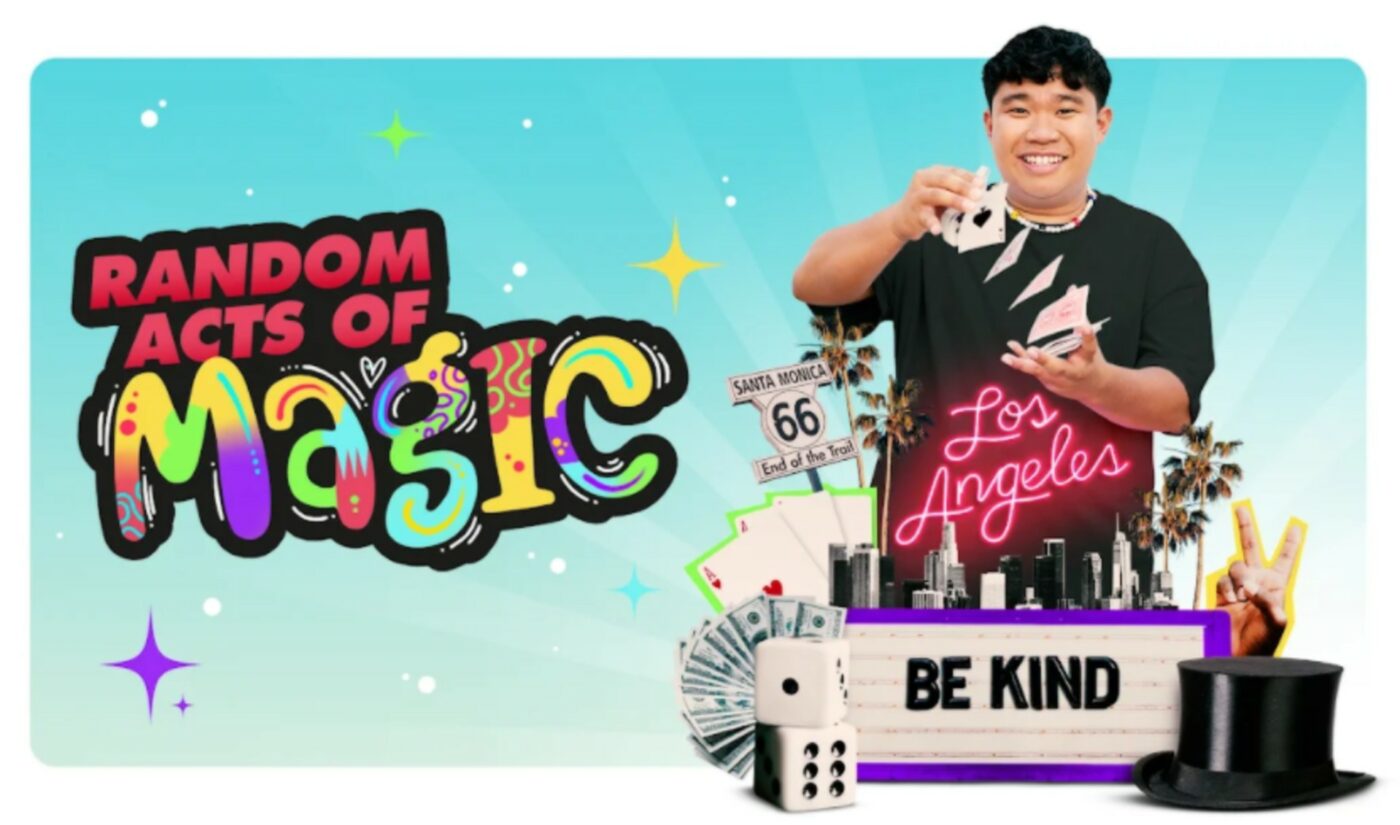 Teen TikTok magician SeanDoesMagic is pulling a Facebook series out of his hat, Random Acts Of Magic, which targets Gen Z viewers and is set to premiere tomorrow.

The 11-episode series will follow the 19-year-old, whose real name is Sean Sotaridona, as he performs magic tricks on the streets of Los Angeles, while giving back to members of the community. The series will air across Facebook’s family of apps, including Instagram, Facebook Watch, and Messenger‘s Watch Together tool.

Sotaridona, for his part, counts 18.9 million followers on TikTok and 3.3 million subscribers on YouTube — having amassed the latter community in mere months.

Random Acts Of Magic is part of Instagram’s bid to offer original production resources for marquee talent, according to a rep for Sotaridona, and is one of a number of series that Facebook has premiered in recent months starring top creators from rival TikTok. Other ventures include Facebook’s reality series Sway Life, chronicling the misadventures of the now-defunct creator collective, and the competition and challenge series The Shluv Family, starring TikTok dance phenom Michael Le.

Like The Shluv Family, Random Acts Of Magic is produced by Gen Z digital studio Brat TV. Brat operates a pact with Facebook Watch, which it kicked off this year to produce a dozen new creator-led series for the platform.

“Through the show, we were able to dive into many of the unique communities in Los Angeles and we were able to meet so many talented individuals” Sotaridona said in a statement. “Many people are used to me performing magic at home or through online calls — but it’s going to be so awesome to show me out and about performing to live audiences around Los Angeles.”

You can check out a trailer below: