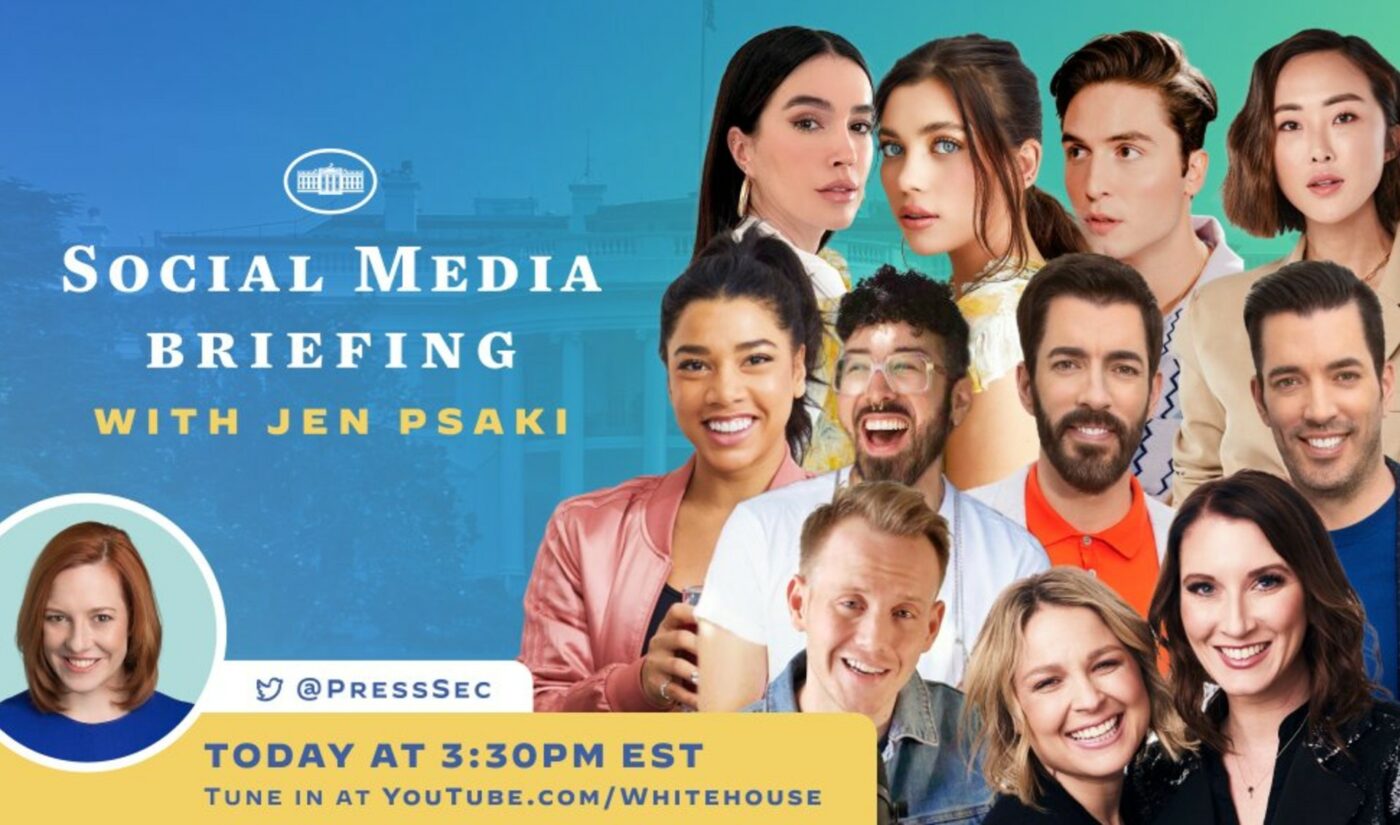 Most of the questions centered around the American Families Plan, which President Biden unveiled in April to increase federal spending on child care, paid leave, pre-kindergarten and community college, and healthcare. The plan would be funded by increasing taxes on higher-income Americans.

Bronfman asked about Psaki’s own work-life balance, while Property Brothers Drew and Jonathan Scott inquired about the housing crisis and renewable energy. Velasquez, whose family immigrated from El Salvador, asked how the plan might impact DREAMers, and Skinner wanted to know how the plan would support teachers, given that he hails from a family of educators.

The inaugural social media briefing isn’t the only way in which the White House is interfacing with influencers. Late last month, President Biden and Dr. Fauci sat down with three creators — Jackie Aina, Manny MUA, and Brave Wilderness — in a so-called YouTube Town Hall to answer questions about the COVID-19 vaccines.

The practice of the White House interfacing with YouTubers roughly dates back to 2014, when President Obama met with top creators at the White House to discuss how his administration could better reach the YouTube generation. Over the course of his presidency, Obama interviewed YouTube stars on several live streams — though his successor, President Trump, did not continue this practice (though he did harness the platform for several addresses until his channel was banned).

You can check out a replay of the social media briefing below:

Tune in to the first-ever social media briefing with Jen Psaki. https://t.co/uQslkY4oAd