Obama Meets With YouTube Advisors On How To Reach Online Audiences 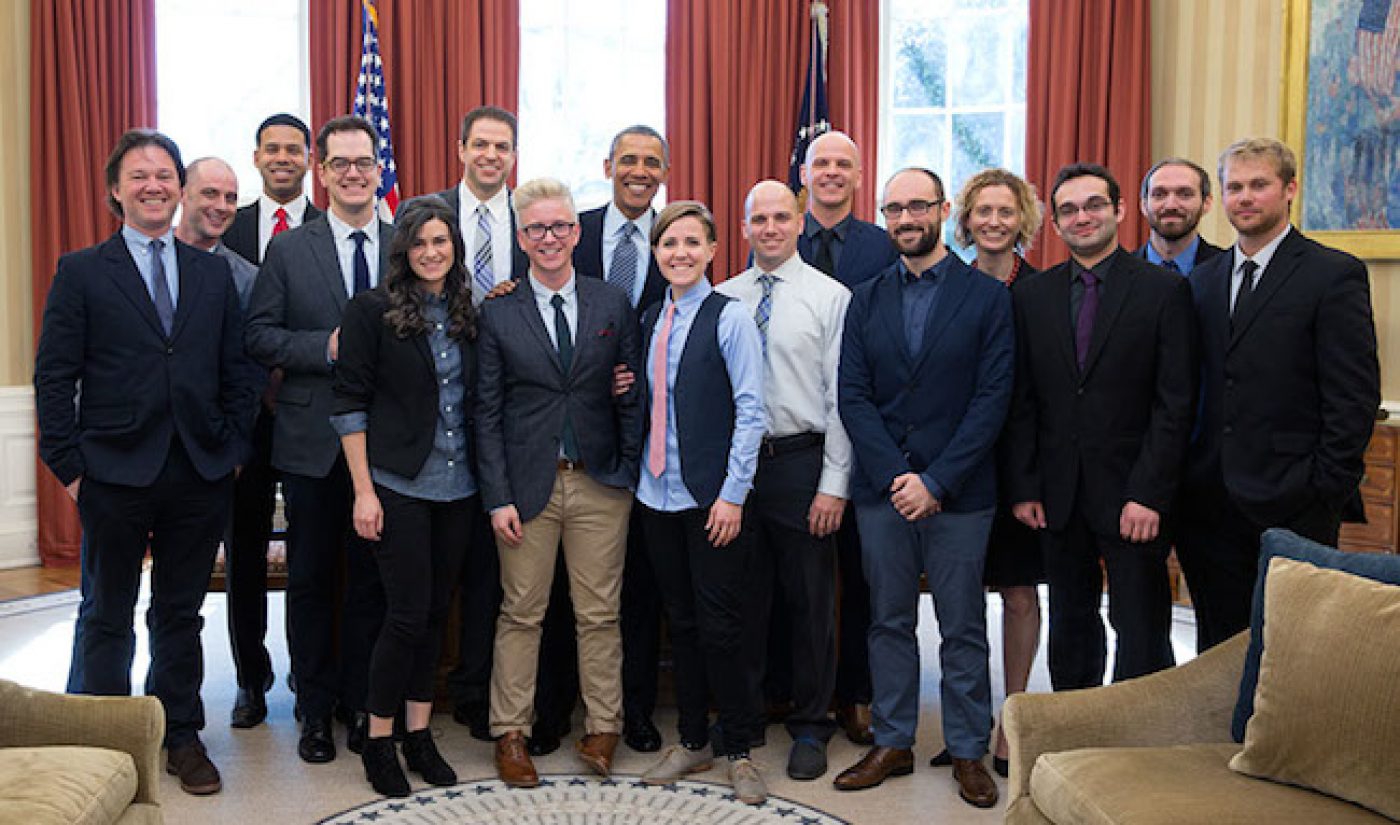 President Barack Obama can now count a handful of YouTube stars among his top advisors.

On Thursday, February 27, 2014, Hannah Hart of My Drunk Kitchen and Camp Takota; Tyler Oakley of being awesome on the internet; Iman Crosson, who the online video and Vine worlds know as Alphacat; Michael Stevens of VSauce; Benny and Rafi Fine of The Fine Bros. (and a possible Nickelodeon TV series); Mark Douglas, Todd Womack, and Ben Relles of YouTube’s very own Barely Political; Peter Shuckoff and Lloyd Ahlquist of Epic Rap Battles of History; and Mickey Meyer and Daniel Kellison of burgeoning online comedy network JASH all sat around a large conference table with the 44th President of the United States for the better part of an hour, discussing ways in which the White House could do a better job of reaching the YouTube generation.

The meeting wasn’t about any single topic (though the Affordable Care Act, its impending March 31 deadline for Open Enrollment, and a quick brainstorm on how to disseminate unbiased information about the initiative was on the agenda), but focused more on establishing an open dialogue between the Oval Office and outstanding members of the YouTube community.

The hope among the attendees was the gathering will be the first of many and that this recently established YouTube brain trust of sorts can help the White House, President Obama, and all future POTUSes more easily navigate the quickly evolving new media landscape.

It’s not that the President doesn’t know the importance of online video. Since way back in November 2008 when he was still President-Elect, Obama’s filmed weekly, online video Fireside Chats where he addresses the camera and informs the online video masses on the current state of the union. It’s that the President fully realizes online video’s potential and knows he and his office could be using the medium more effectively.

It was one thing for Franklin D. Roosevelt to address radio audiences in an era before the mass adoption of television. It’s another for Obama to fight for viewership from a fickle audience on a platform that sees over 100 hours of video uploaded every minute. And that’s where prominent YouTubers come into play. They know how to be heard by the next generation of Americans on the medium with which they feel most comfortable.

The meeting was orchestrated by the aforementioned Meyer, who reached out to his JASH co-worker Kellison about organizing an in-person conversation between exceptional YouTubers and the President. Kellison, who is on the White House’s Entertainment Advisory Council, helped put the wheels in motion while Meyer reached out to established members of the online video community.

The get-together ended with a trip to the Oval Office, where Obama gave all the attendees a brief history of the room and pointed everyone’s attention towards his 1849 model of Samuel Morse’s telegraph. He noted how the piece of machinery was the start of the internet before snapping a photo with some of online video’s most recognizable and influential personalities.