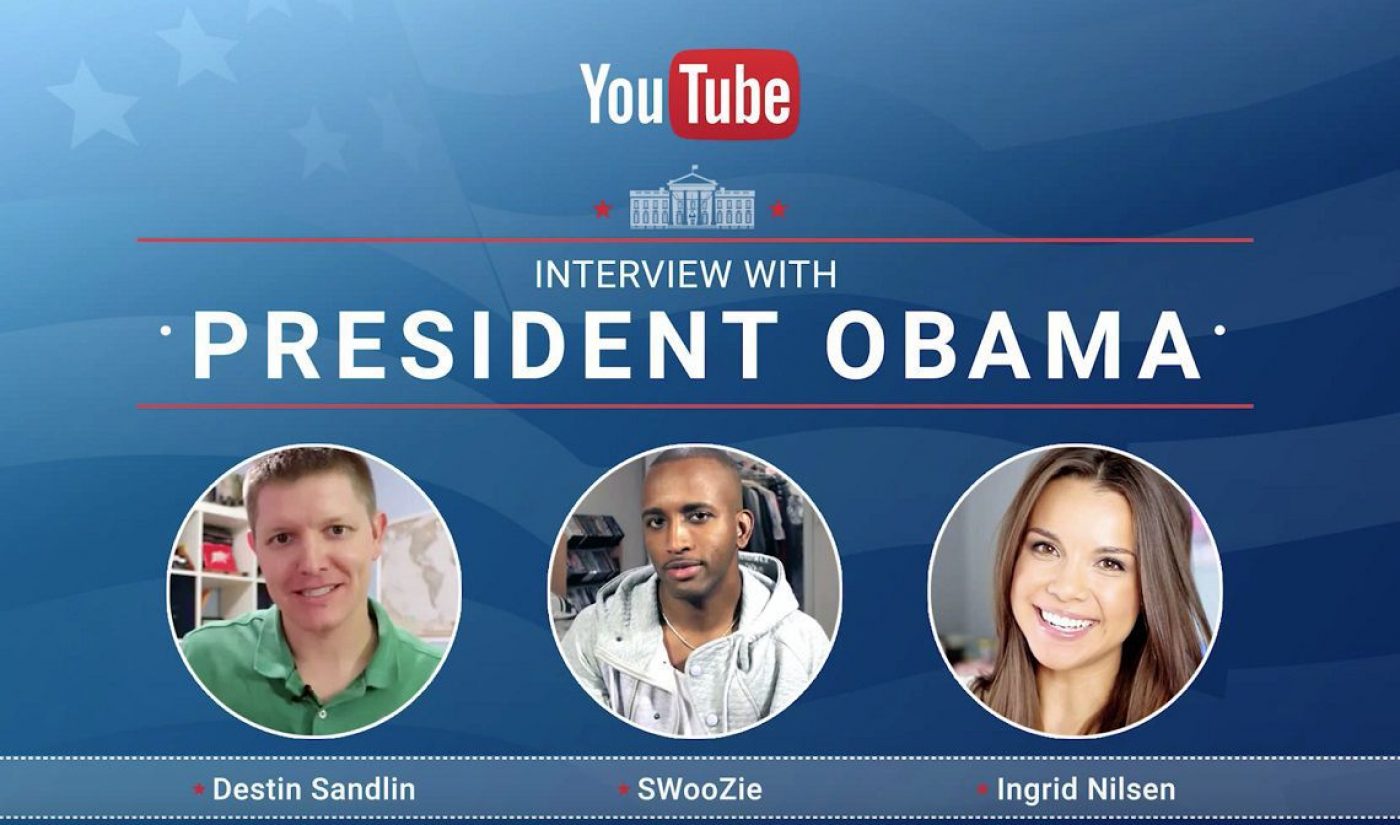 President Barack Obama will deliver his final State of the Union address on January 12, 2016. Three days later, the President will sit down with three YouTube stars in a live-streamed question-and-answer session. Video creators Destin Sandlin (aka SmarterEveryDay), Ingrid Nilsen, and Adande Thorne (sWooZie) will interview POTUS about issues important to the American public on January 15.

YouTube will live stream both Obama’s State of the Union address and his interview with Sandlin, Nilsen, and Thorne via the official White House channel. The broadcast will stream live from the elegant East Room of the White House, where the three YouTube stars will pose questions to the Commander-in-Chief about topics important to them and their followers. In preparation for the interview, Sandlin, Nilsen, and Thorne are asking their followers to submit questions to the President using the hashtag #YouTubeAsksObama on social media before the live stream.

This is the second time YouTube has teamed up with the White House to live stream both a State of the Union address as well as the follow-up interview with Obama. Last year, YouTube stars Hank Green, GloZell Green, and Bethany Mota had the honor of interviewing the President. That live stream session pulled in over 88,000 concurrent viewers and more than 705 million impressions on social media for the hashtag #YouTubeAsksObama.

You can watch the live stream of Obama’s last State of the Union address on the White House’s official YouTube channel on January 12, starting at 9 PM EST. Tune in on January 15 on the same channel for the President’s interview with Sandlin, Nilsen, and Thorne at 2:15 PM EST.