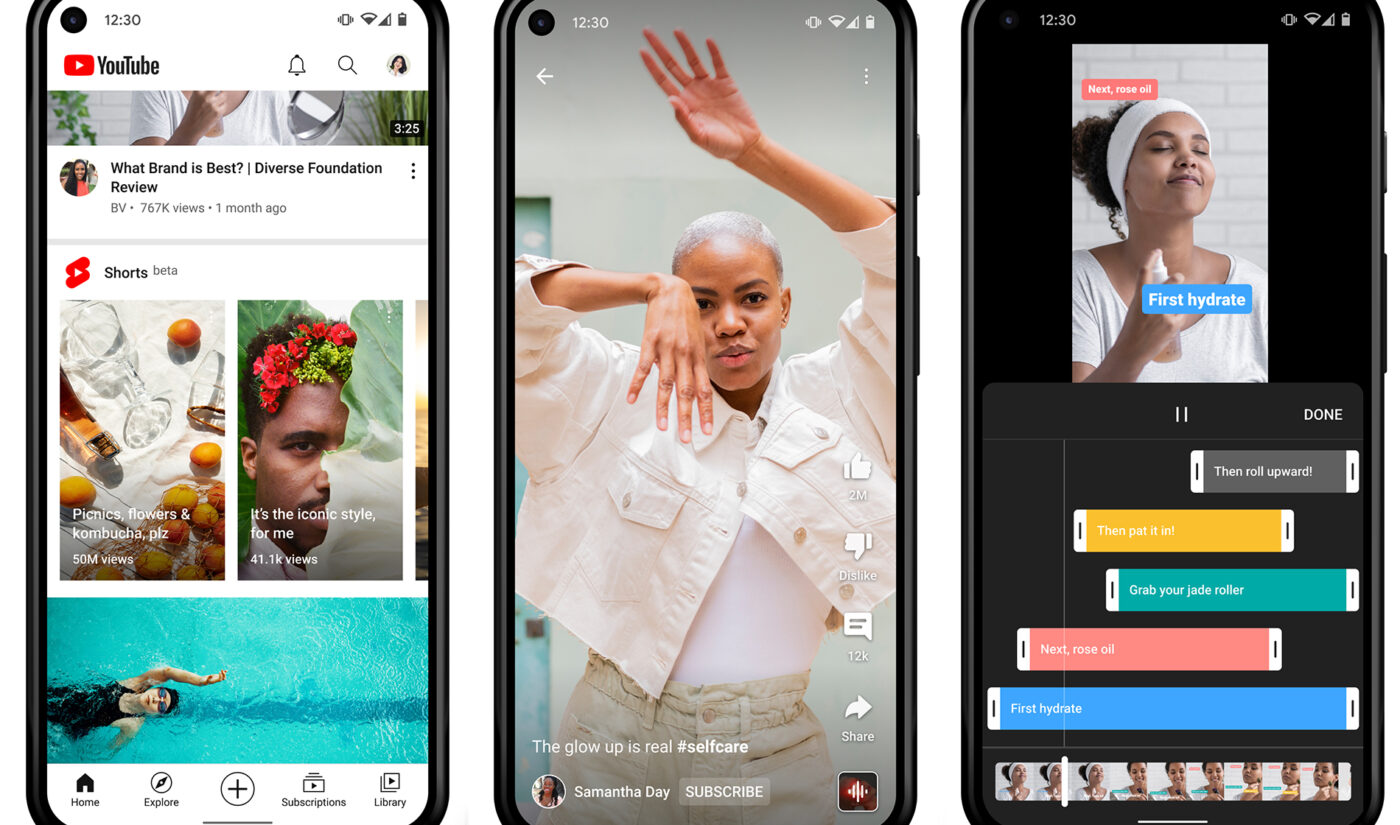 YouTube is following in TikTok and Snapchat‘s footsteps by launching the $100 million YouTube Shorts Fund, which will be distributed to creators of popular shortform videos throughout 2021 and 2022.

Any creator who uploads content to Shorts, YouTube’s TikTok competitor, will be eligible to receive money from the fund. Whether or not they do depends on how much traffic that content drives.

“Each month, we’ll reach out to thousands of creators whose Shorts received the most engagement and views to reward them for their contributions,” Amy Singer, YouTube Shorts’ director of global partnership enablement, said in a blog post about the fund.

Singer added that because YouTube Shorts, which launched last year, is “a new way to watch and create content on YouTube,” the platform has been “taking a fresh look at what it means to monetize and reward creators for their content.”

The fund’s structure is similar to that of TikTok’s $1 billion Creator Fund ($200 million of which is dedicated to U.S. creators) and Snapchat’s editorially driven Spotlight, where payouts of at least $1 million per day are divvied up amongst creators of top videos.

Unlike the rest of YouTube, where creators must be formally partnered with the platform to receive AdSense revenue from their videos and enable other forms of monetization (like Channel Memberships and Super Chat) on their channels, the Shorts fund will not be limited to creators in the YouTube Partner Program. So long as uploaders abide by YouTube’s Community Guidelines, their Shorts will be in the running to receive a slice of the fund.

(To be clear, Shorts creators can be part of the YouTube Partner Program, and can make money from ads run on their Shorts content. The fund is a separate monetization initiative.)

YouTube tells Tubefilter that for now, the fund will distribute monthly payouts to Shorts creators in the U.S. and India–the only two countries where Shorts is available. As Shorts expands to more areas, so will the fund.

“The Shorts Fund is the first step in our journey to build a monetization model for Shorts on YouTube,” Singer said. “This is a top priority for us, and will take us some time to get it right.”

Creators who receive payouts will be asked for their thoughts on the program and Shorts as a whole, Singer said. “We are actively working on this, and will take the feedback gathered from our community to help develop a long-term program specifically designed for YouTube Shorts,” she said.

Payouts will begin “in the coming months,” per Singer, and more details about the fund will be unveiled before launch.

YouTube adds its own version of TikTok’s sound library

YouTube also announced the rollout of more Shorts features, beginning with a tool that allows creators to rip and remix audio from “billions of videos” across the platform.

This feature began beta testing earlier this year, and is now rolling out to all creators in the U.S. and India. With it, YouTube essentially turns its trove of user-uploaded long-form videos into a supermassive version of TikTok’s sound library, letting Shorts creators rig up a wide variety of background music and sounds to fit their videos.

Makers of long-form videos can opt out of allowing Shorts creators to use their audio, YouTube says.

Other new features include the ability for users to automatically add captions to their Shorts; record up to 60 seconds with the in-app Shorts camera (up from 15 seconds); sew previously recorded clips from their phones to videos recorded with the Shorts camera; and add “basic filters” to Shorts videos, with “more effects to come in the future.”