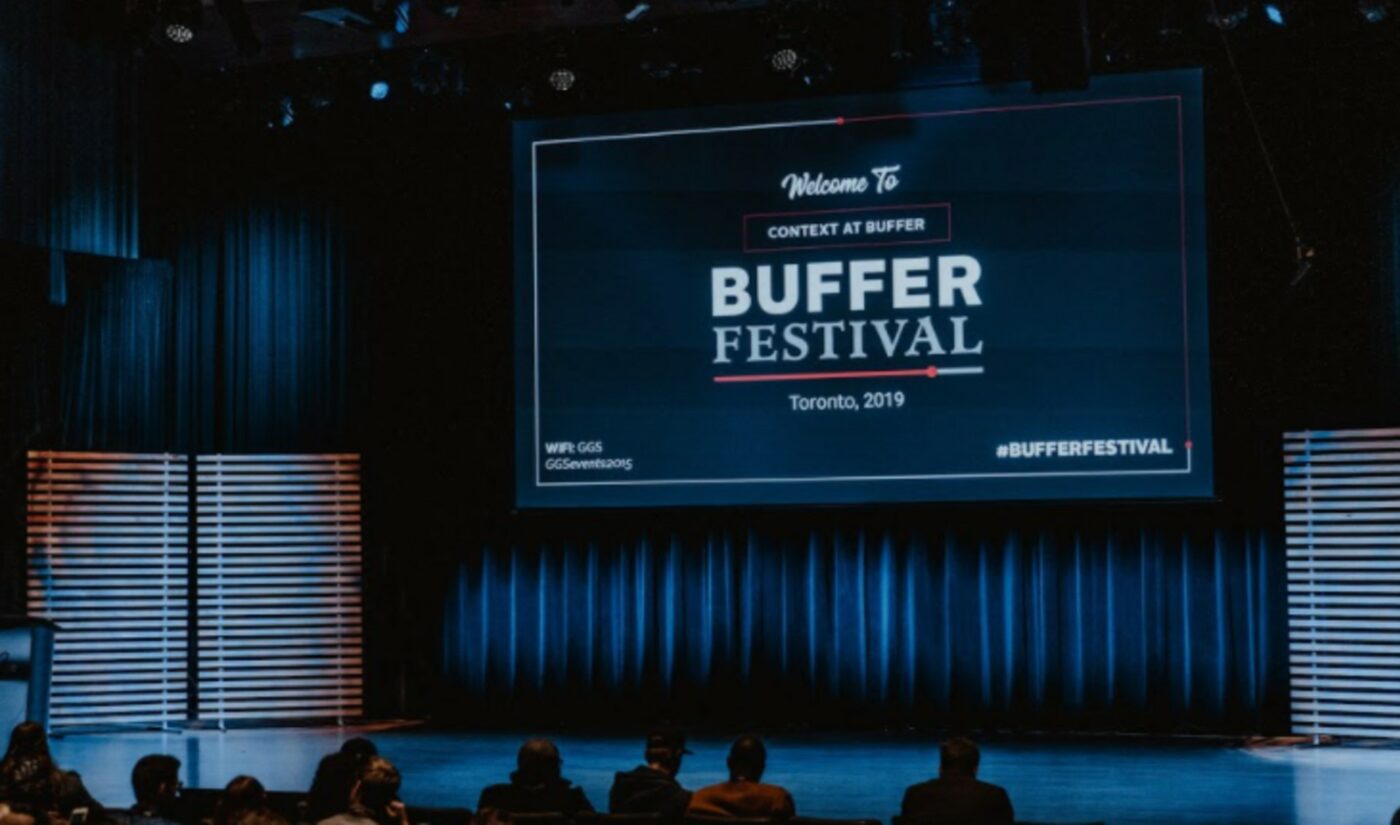 Eight-year-old Buffer Festival, the Toronto-based online video gathering where YouTube creators showcase their works in the vein of a film festival, is venturing across the pond.

The event will host its first-ever London event from October 29 to 31 at the Odeon Leicester Square cinema. Buffer London will feature both live and virtual programming, including content screenings, an educational series, and a red carpet gala. Tickets will be available here beginning May 6, ranging in price from 20 to 100 pounds (roughly $28 to $140).

For the U.K. gathering, Buffer is partnering with LifeStyle Edge, a live events company that is also behind The London International Music Show and Bricklive, a convention for Lego fans. Lifestyle Edge is licensing the Buffer name for the London edition, while Buffer will handle all creative for the upcoming event. The specific terms of the deal were not disclosed, but it calls for an option for two more subsequent annual events.

This isn’t the first time that Buffer has expanded beyond its Canadian origins; in May 2018, it held an event in Los Angeles with Jon Cozart, Shan Boodram, and more. And Buffer tells Tubefilter that even more expansion is on the horizon, with events in additional cities planned for 2022 and beyond.

“We could not be more excited to be bringing Buffer Festival to London,” Buffer CEO Scott Benzie said in a statement. “Creators from the U.K. have always been part of the bedrock of Buffer programming, in a strange way it’s a kind of homecoming for the festival.”

Buffer last took place in Toronto in 2019 — with the 2020 iteration cancelled due to COVID — after Canadian YouTube giant WatchMojo tendered an undisclosed investment in the Festival, and also teamed on programming. At the time, WatchMojo CEO Ashkan Karbasfrooshan joined Buffer Festival’s leadership team to grow its scale and scope.

Buffer is tentatively slated return to Toronto from Aug. 26 to 29 in partnership with Fan Expo Canada, a speculative fiction fan convention. It will take place at the Metro Toronto Convention Center in the John Bassett Theatre.