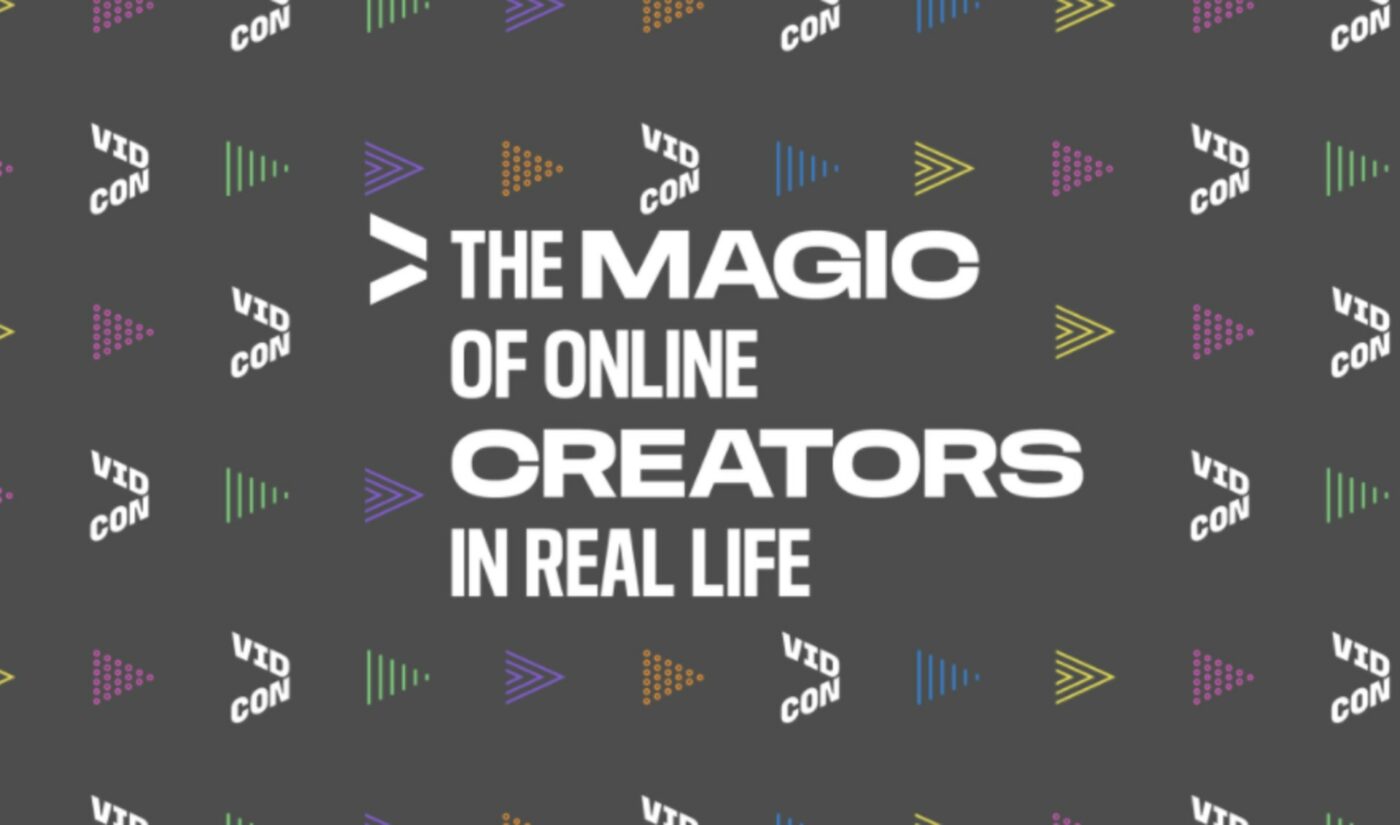 After foregoing in-person gatherings at home and abroad last year due to the pandemic, online video conference VidCon is plotting its grand return to the Anaheim Convention Center this year — though a bit later than expected.

While VidCon traditionally takes place in the summer, this year’s event will be held from Oct. 21 to 24, the Viacom-owned company announced.

“When deciding the new date, we wanted to ensure a safe and enjoyable experience for our attendees, creators, staff, and sponsors,” a spokesperson for VidCon tells Tubefilter. “Holding the event in the fall rather than summer gives us the best chance to safely bring the magic of VidCon to everyone. As we get closer to the event, we’ll confirm the safety protocols we’re enacting to ensure the safest experience for all.”

After announcing that it would offer virtual attendance options for the first time this year, in addition to IRL passes, VidCon has unveiled the pricing details for its online packages.

Fans who can’t make it to Anaheim will be able to purchase a $199 one-year, on-demand pass for Creator and Industry track content from the U.S. iteration of VidCon 2021, along with select international sessions. Or, a $40 livestream ticket will be available for viewers who want to stream VidCon U.S. 2021 from the comfort of home, which furnishes access to Community track content.

Neither option will provide access to any in-person experiences, VidCon says, including meet-and-greets.

In the absence of physical gatherings last year, VidCon — which underwent a rebrand in October as it announced the new hybrid attendance strategy — has significantly amped up its year-round virtual programming, which is dubbed VidCon Now. The company says that VidCon Now, which launched last summer and is free to view, has attracted 1.2 million unique attendees to date.

“While it might look a little different this year, we can’t wait to see our fans in person — along with bringing the magic of VidCon to our global audience through our new hybrid digital experience,” VidCon GM Jim Louderback said in a statement. “In-person experiences are the core of who we are, and we can’t wait to see everyone in real life in Anaheim this October.”

VidCon also confirmed that its international editions will be returning this year in-person, including conferences in Mexico City, Abu Dhabi, São Paulo, and Singapore, Australia, and London. That said, no dates have yet been confirmed.