Coronavirus Cancels VidCon 2020, Organizers Hoping To Schedule An Event For This Fall 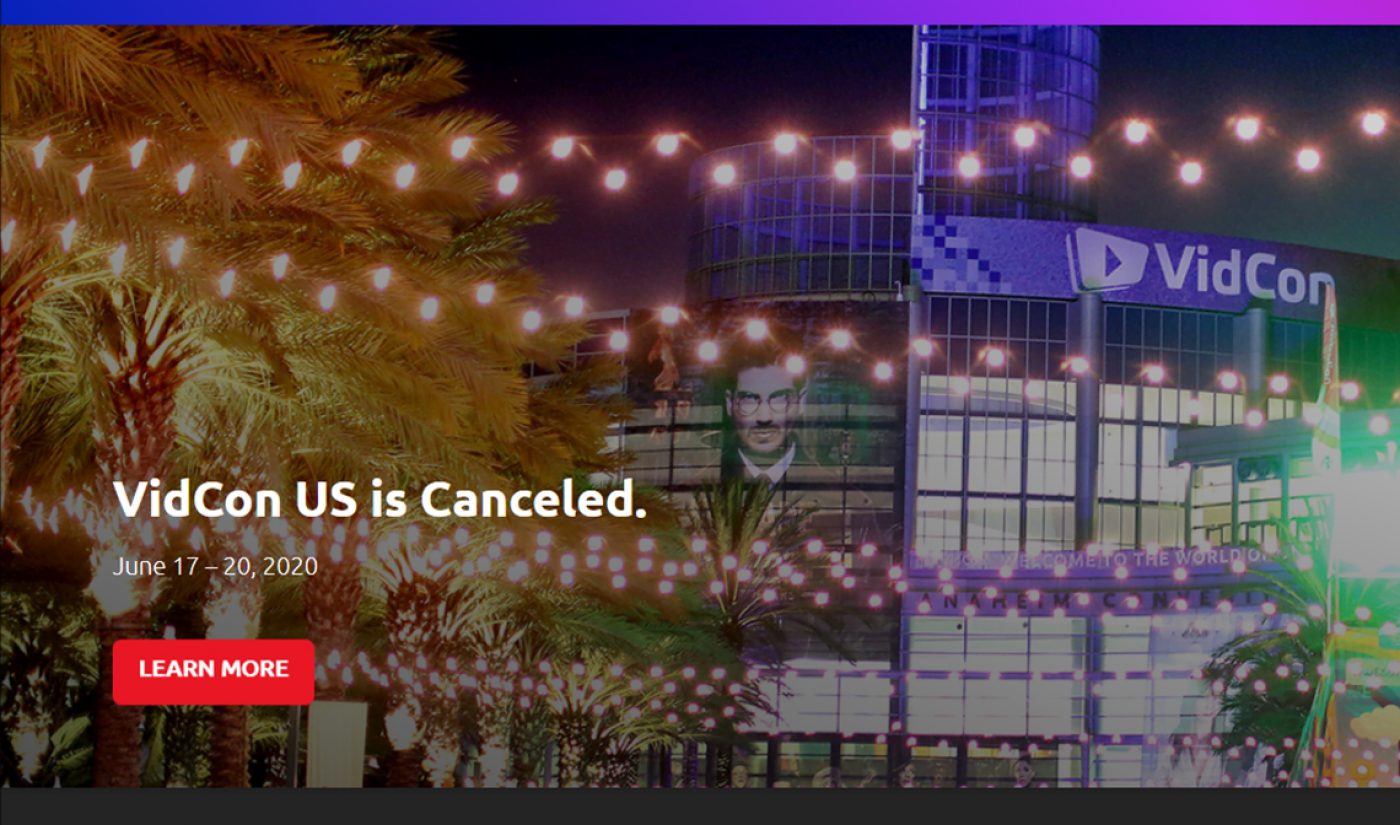 VidCon is officially cancelled. The decision arrives 10 days after convention organizers said there were “no plans to materially modify the event in any way,” and two weeks after sister events VidCon Mexico and VidCon Abu Dhabi were postponed from March and April, respectively, to September and December.

“Our first priority is the safety and health of our attendees, sponsors, speakers, creators, and staff,” the convention said in a statement. “Due to the continued uncertainty surrounding COVID-19 and the precautions being taken by authorities worldwide to manage this pandemic, we have come to the difficult decision to cancel the 11th annual VidCon in Anaheim this June.”

Sending love to all of the people I usually see at VidCon who I won’t get to hang out with this year. Let’s Skype or whatever!

But mostly sending love to the people on VidCon team who spend their whole year planning this thing. They kick ass and I love them. https://t.co/wgpJU8xpsm

Organizers are hoping to schedule an experience related to the flagship VidCon sometime this fall, but won’t have more details about what or when until June 15. The gathering was originally scheduled to take place June 17-20 at the Anaheim Convention Center.

With VidCon Abu Dhabi and Mexico, attendees who’d already purchased passes had two options: return their tickets for a full refund, or hang on to them and attend the rescheduled convention. VidCon, however, is only offering one option: full refunds. It is 100% refunding all tickets and merch, including transaction fees, by April 15.

Viacom-owned VidCon generally draws around 75,000 attendees, and this year was planning to welcome more than 150 featured creators from platforms like YouTube and TikTok, including Charli and Dixie D’Amelio, Brittany Broski (aka Kombucha Girl), Noen Eubanks, Hannah Hart, James Charles, Binging with Babish, and VidCon founders John and Hank Green. Tubefilter has reached out to ask about potential changes to the Featured Creators slate.

VidCon is now among the dozens of major industry gatherings that have been cancelled or postponed due to COVID-19. Others include Cannes Lions, SXSW, NAB Show, E3, Coachella, and Apple, Facebook, and Google’s developer conferences.