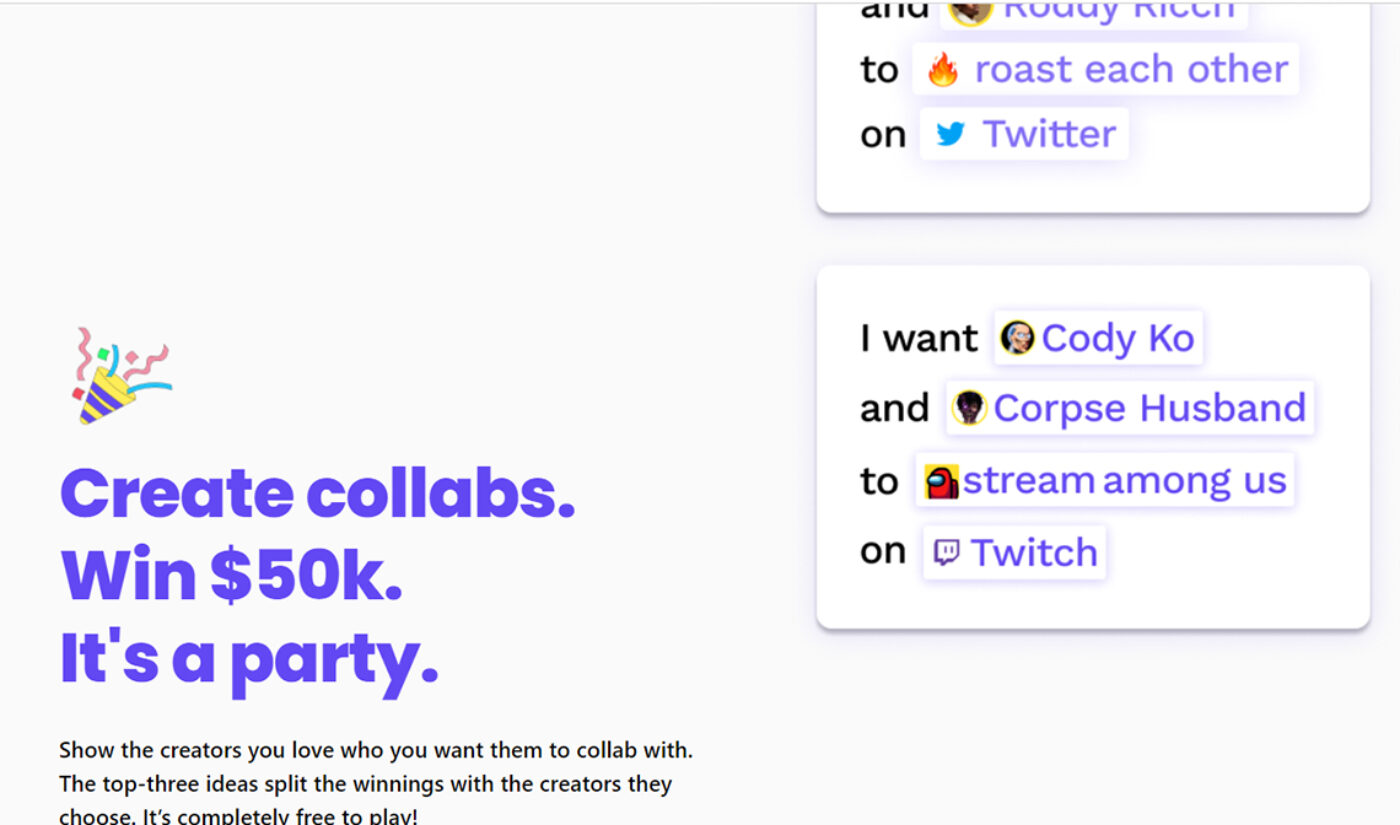 Stir, the creator-focused startup behind tech drops like FYP.RIP, OnlyTweets, and MerchWith, has launched its latest offering–a contest it describes as “Mad Libs but with real people and real ideas.”

Collab Party asks users to fill in a Mad Libs-esque form where they smush together two creators, celebrities, and/or public figures, then suggest a collaborative, content-making activity for the duo to complete on a specific platform.

“Collaboration is the heart and soul of being a creator,” Stir wrote on the drop’s website. “We wanted to build an easy and fun way for creators to work with others. A way that also could encourage fans to share what they want to see.”

Suggested collabs are publicly visible and can be upvoted by the community. Once the voting period is over, Stir will award cash to the folks behind the three top-voted collabs, and to the six creators named in the collabs. The third runner-up will receive $10,000 (split evenly between the maker and named creators), second place will receive $15,000, and the top-voted suggestion will snag a grand prize of $25,000.

Stir will also facilitate the creation of winning collabs.

At press time, the top-voted collab is a request for Valkyrae and Grammy winner Ariana Grande to play buzzy game Among Us on YouTube. Close behind is a request for poet Amanda Gorman and Rep. Alexandria Ocasio-Cortez to play Among Us on Twitch. Other top entries include pairing up Elon Musk and Marques Brownlee for a climate change discussion, a request for MrBeast and Casey Neistat to host a Wheel of Fortune-style game to benefit small businesses, and for Rebecca Black to duet with Katy Perry on a recreation of her (in)famous debut single “Friday.”

You can see more about Collab Party here.