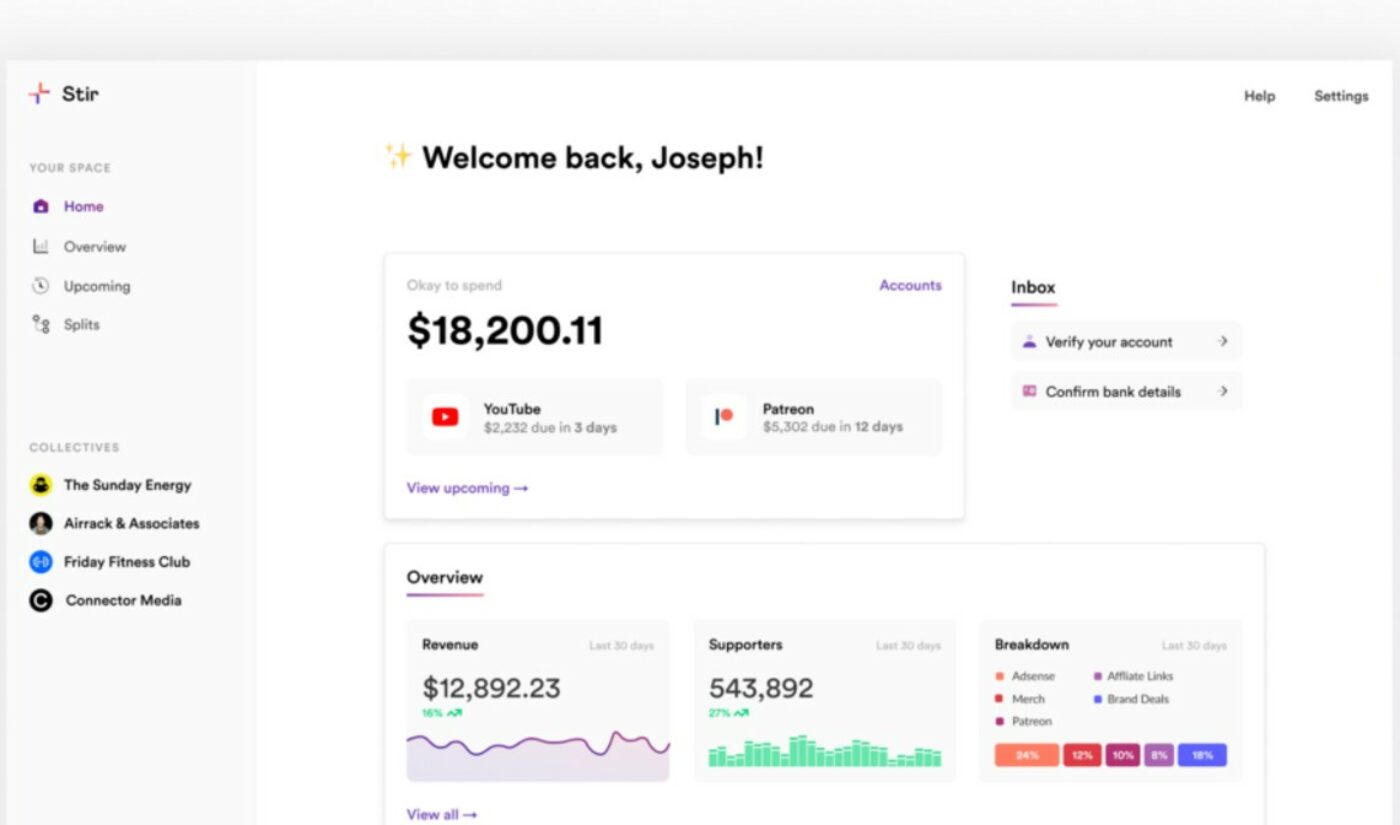 Today, the startup Stir — a platform that enables digital creators to manage their various revenue streams, organize their analytics, and share funds with collaborators — unveiled its beta product and announced a $4 million seed round.

Stir was founded by Facebook vet Joseph Albanese (who serves as CEO) and CTO Kushal Byatnal — formerly of Brex, Google, and Amazon.

Stir enables creators to integrate their YouTube, Patreon, or Shopify accounts to track how business is going and where money is coming from, in addition to furnishing audience concentration and growth analytics to help creators make decisions about where to focus their attention. Additionally, a product within Stir called Collectives enables creators to view financials and analytics in a shared space to manage tasks communally — as well as to split money seamlessly, such as sharing dedicated percentages of YouTube AdSense revenues or podcast CPMs.

“No more screenshots, Venmos, or incomplete information — Collectives facilitate simple and fully-verifiable collaborations,” Stir said in a blog post. “Co-hosts, managers, writers, producers, editors, other creators — all can join with just a few clicks. There is no limit to the number of Collectives creators can form.”

Stir is already being used by top creators including Freddie Wong, Mythical, Neistat, and Airrack. Applications for early access are available here.

Though Stir is now in beta, it has dropped one-off product experiments in the past aimed at filling other niches lacking within the creator space. OnlyTweets, for instance, enables creators to offer exclusive Twitter content for a monthly subscription fee, while Goodbye Mixer aims to help streamers connect with their Mixer followers in the wake of that platform’s shutdown, and FYP.RIP enables TikTokers to download all of their videos in a single click (as uncertainty about TikTok’s own future looms).