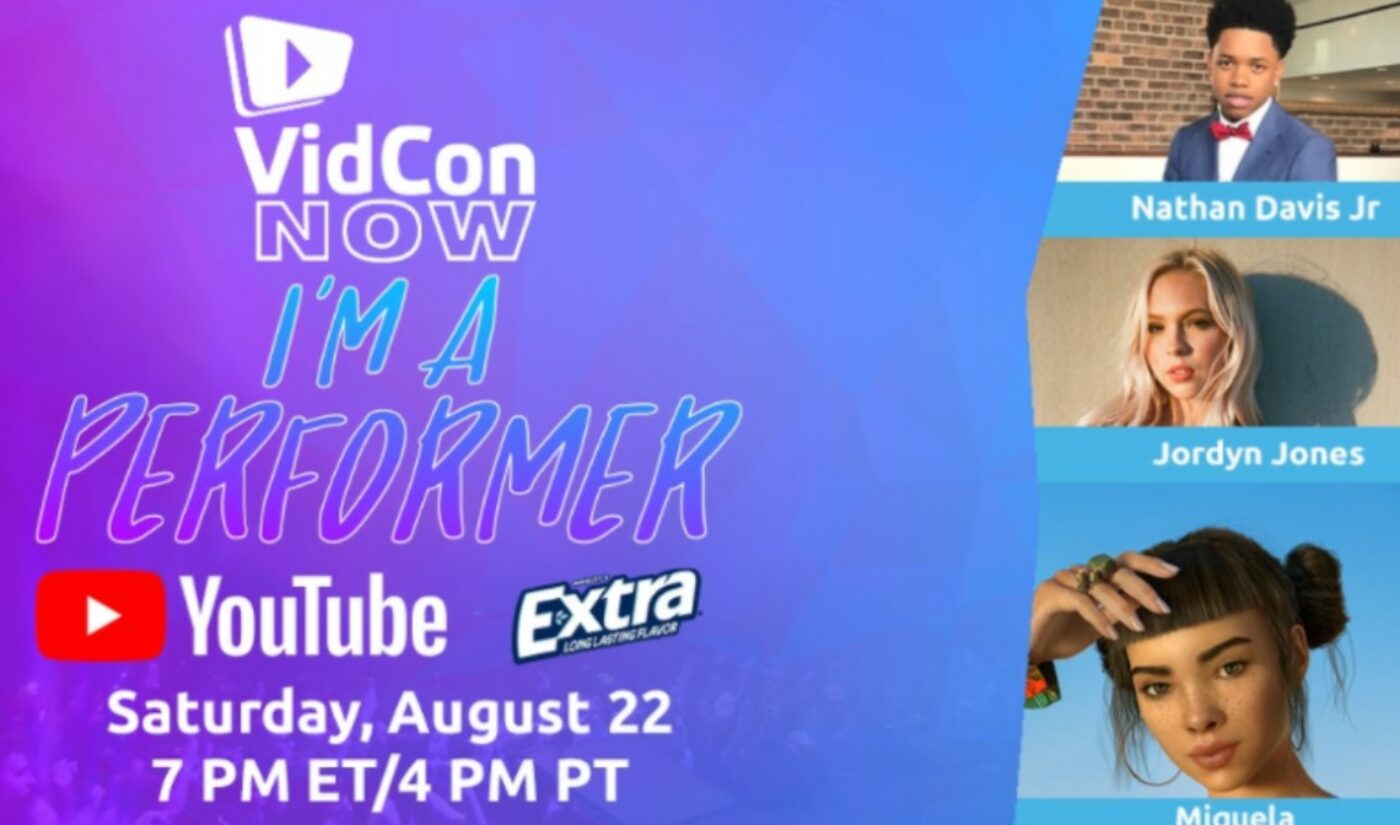 The next tentpole event that VidCon will host as part of its first-ever virtual outing, VidCon Now, is a singing competition dubbed I’m A Performer.

I’m A Performer follows other events that VidCon has dubbed ‘tentpoles’ — or monthly programming that is set to reach a broader scope than its daily fare. Previous tentpoles include VidCon Now Proud Together, which took take place on June 27 in solidarity with the Black Lives Matter movement and in honor of Pride Month, as well as the Night Of Awesomeness, which saw myriad creators go head-to-head in different social media challenges in July.

For I’m A Performer, aspiring musicians can submit videos of themselves performing an original song on VidCon’s website through Aug. 16. Several applicants will be tapped to perform during a live stream on Aug. 22 at 7 pm ET. At the end of that stream, viewers will vote on a winner, with the champion earning the privilege to perform IRL onstage at VidCon Anaheim next year.

I’m A Performer is being co-hosted by actor, singer, and TikTok star Nathan Davis Jr. (9.1 million followers) and musician-influencer Jordyn Jones (6.2 million Instagram followers, pictured above). The event will air exclusively on VidCon’s YouTube channel and is being sponsored by gum brand Extra. In addition to contestant performances, the event will also feature performances from Jones, A.I. influencer Miquela, Zhavia Ward, and NEZZA.

“The response to VidCon Now has been amazing,” VidCon GM Jim Louderback tells Tubefilter. “Over 50,000 people have registered for our digital experience, and they’re spending lots of time with us across multiple sessions and our new Discord community server. We’ve seen more than 1 million minutes of watch time so far, and we’re just a little over halfway through our summer of VidCon.”

Adds Jones: “I used to go to VidCon as a fan, and then as a performer, and now as host…Even though there won’t be an actual audience, I’m excited to be premiering my new song “Intimate” for the VidCon audience.”