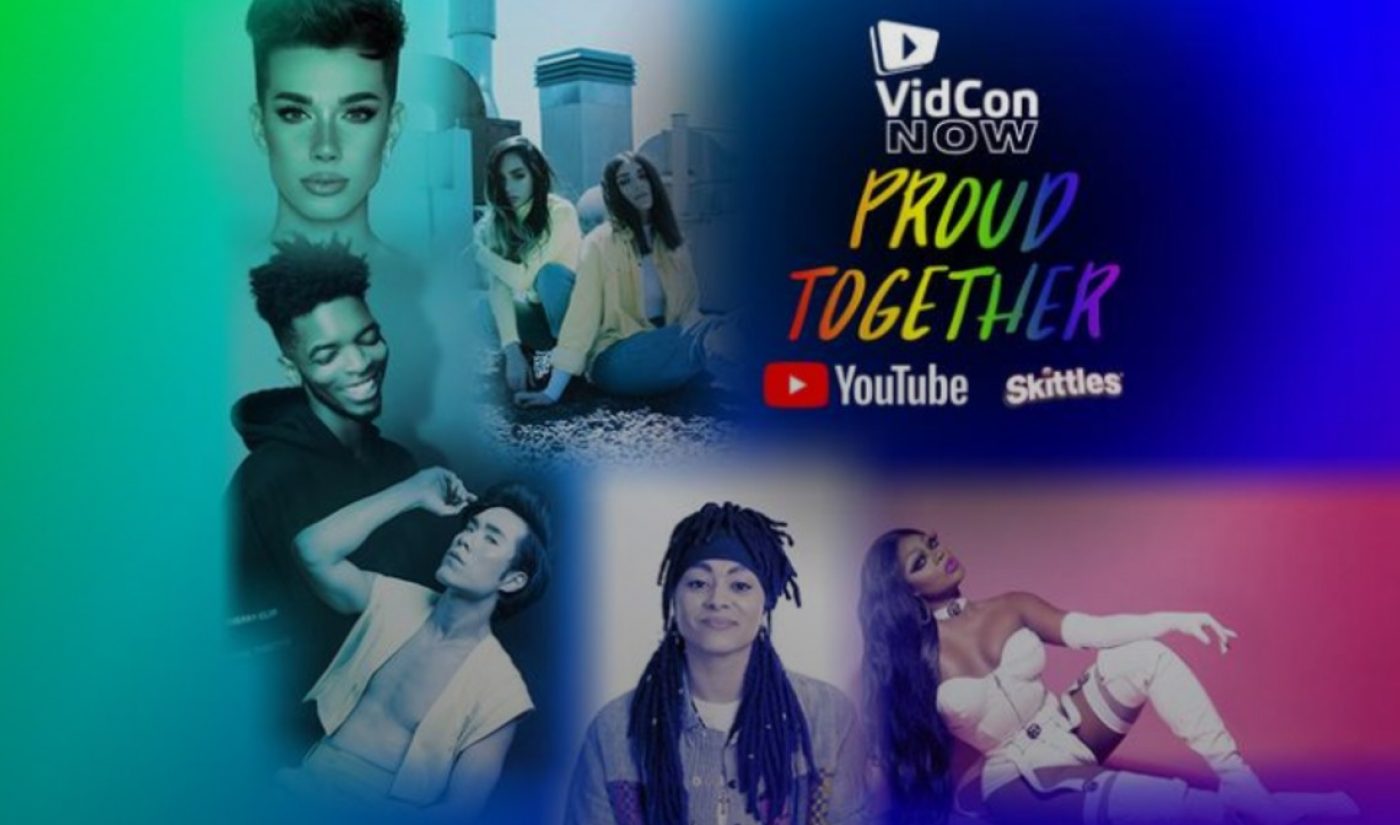 When it announced weekly virtual programming in lieu of an in-person gathering earlier this month, VidCon also confirmed that it would be hosting a handful of so-called ‘tentpole’ events. Set to roll out on a monthly basis with a larger scope than its weekly programming, the first such broadcast — dubbed VidCon Now Proud Together — will take place on June 27 in solidarity with the Black Lives Matter movement and in honor of Pride Month.

Sponsored by YouTube and Skittles, the stream will live on VidCon’s YouTube channel. It will also seek to raise money for the LGBTQ Freedom Fund, which posts bail for those in U.S. jails and immigration facilities, and also raises awareness about the criminalization of LGBTQ people — who are more likely to be incarcerated than straight people, according to the organization. (This is an impact that is disproportionately felt by transgender individuals and people of color, it says).

In addition to its first tentpole event, VidCon Now will feature weekly content across VidCon’s three Tracks: ‘Community’ (for online video fans), ‘Creator’ (for aspiring and established creators), and ‘Industry’ (for those involved in the online video business).

You can check out the most recent lineup, and register for Proud Together — as well as the rest of the VidCon Now programming slate, which is free to watch — right here.