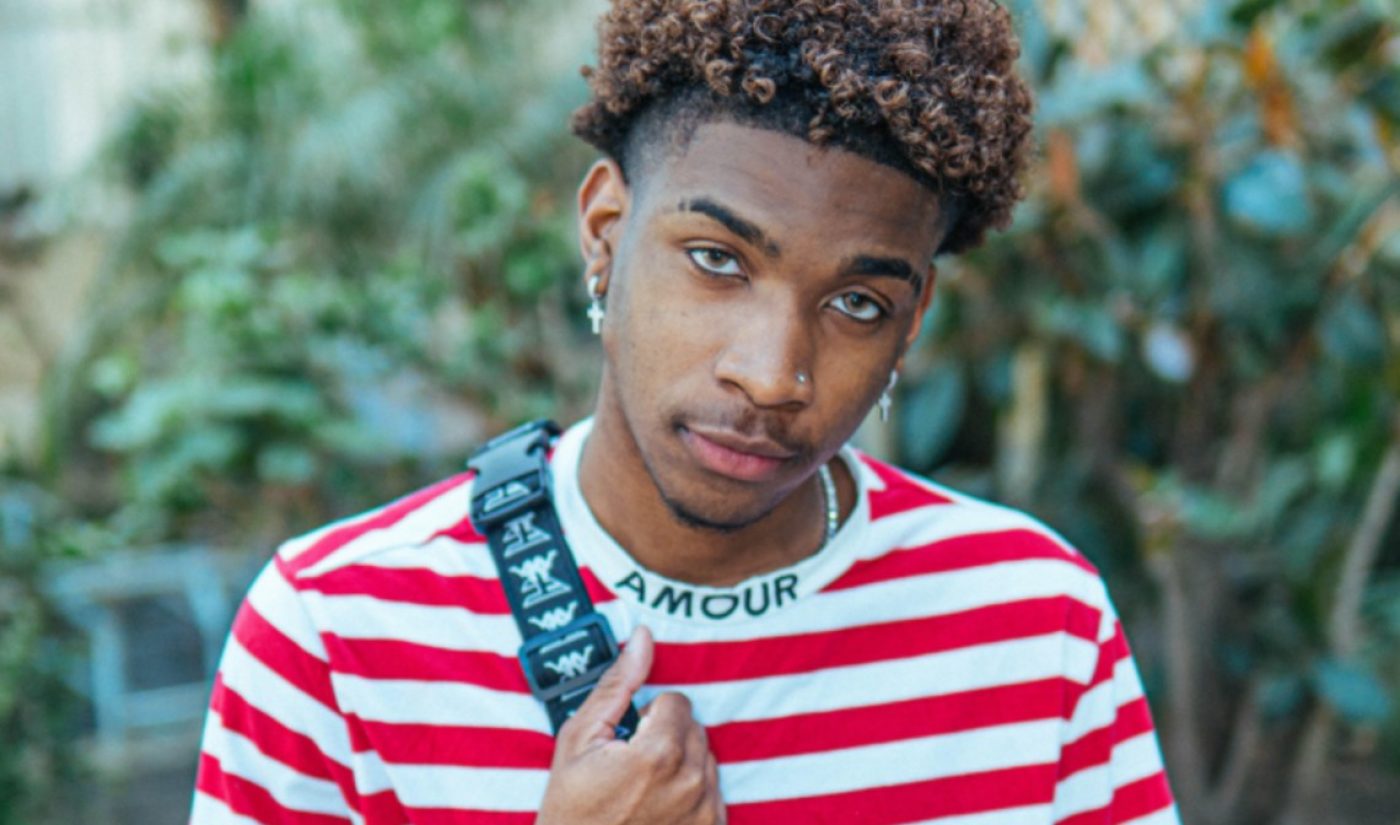 The latest talent signings include Fullscreen’s first TikTok stars: comedic creator Mitchell Crawford (3 million followers) and prankster Q ‘SwagboyQ’ Stenline (3.7 million followers, pictured above). While other Fullscreen creators boast a TikTok presence, these are the company’s first signings to have natively risen to fame on the app.

Mahzad Babayan, Fullscreen’s VP of talent management and partnerships, tells Tubefilter that the division’s approach to working with TikTokkers doesn’t differ from creators who hail from other, more established platforms.

“We approach TikTok talent representation the same way that we would any other creator,” Babayan says. “Although with TikTok, the creators we’re working with are relatively new to the game, so we’re really approaching management with white-glove service, and leveraging our experience to help guide them. There’s a lot of education that goes into helping creators dig into what their businesses and futures look like.”

To this end, Fullscreen will work with Crawford to bring his curated content and improv skills to other platforms, and shepherd his acting aspirations. The company will help Stenline — an actor and model — build out his presence on YouTube, Twitter, and Instagram. Fullscreen adds it saw enormous potential in Giles’ “electrifying demeanor and demographic-capturing video titles” — particularly her popular Black Girl Tries series (embedded below) — and notes that Castro, who is the sister of popular beauty guru Louie Castro, stood out for sharing her Mexican-American culture and journey through motherhood.

Fullscreen launched its talent management business in 2015, which today is staffed by five managers, including Babayan, Scarlett Perlman, Nick Coffey, Mason Frank, and Eric Gowat. When we profiled Fullscreen’s talent management services in 2018, the division comprised seven managers — though, at the time, Babayan said several were filling dual roles within the company. The current fleet is dedicated solely to talent management. The company also counted a portfolio of 50 clients at the time, meaning it hasn’t substantially increased its roster since then.

Babayan says that many clients who have been managed by Fullscreen from the beginning are still with the company, though she continues to seek to diversify its roster. That includes culling talent from both the digital and traditional entertainment worlds, as well as authors, athletes, and gamers. And while a social presence is crucial to any career in entertainment, it’s not a dealbreaker, Babayan says, noting Fullscreen’s pacts with Mayrock and DiGiovanni. (While both count a sizable following on Instagram, their career ventures are largely focused elsewhere).

“Overall, you do want to work with someone who has an understanding of social, and who cares about making it part of amplifying their business,” she explains. “It’s a very important part, but it’s not the end-all-be-all. We’re really going after clients that we feel can have longevity.”

Looking back, Babayan says she’s particularly proud of several of the team’s wins to date. Mckenna, for instance, is in the midst of building an off-YouTube career as an actor, having most recently booked a role in the upcoming Blumhouse and Amazon Studios feature Nocturne. The 24-year-old transgender star is also set to publish his first book — Out!: How To Be Your Authentic Self — though its release date has been pushed to Oct. 6 due to the coronavirus pandemic. Mayrock, too, recently launched a book of poetry titled Dear Girl, published by Andrews McNeel.