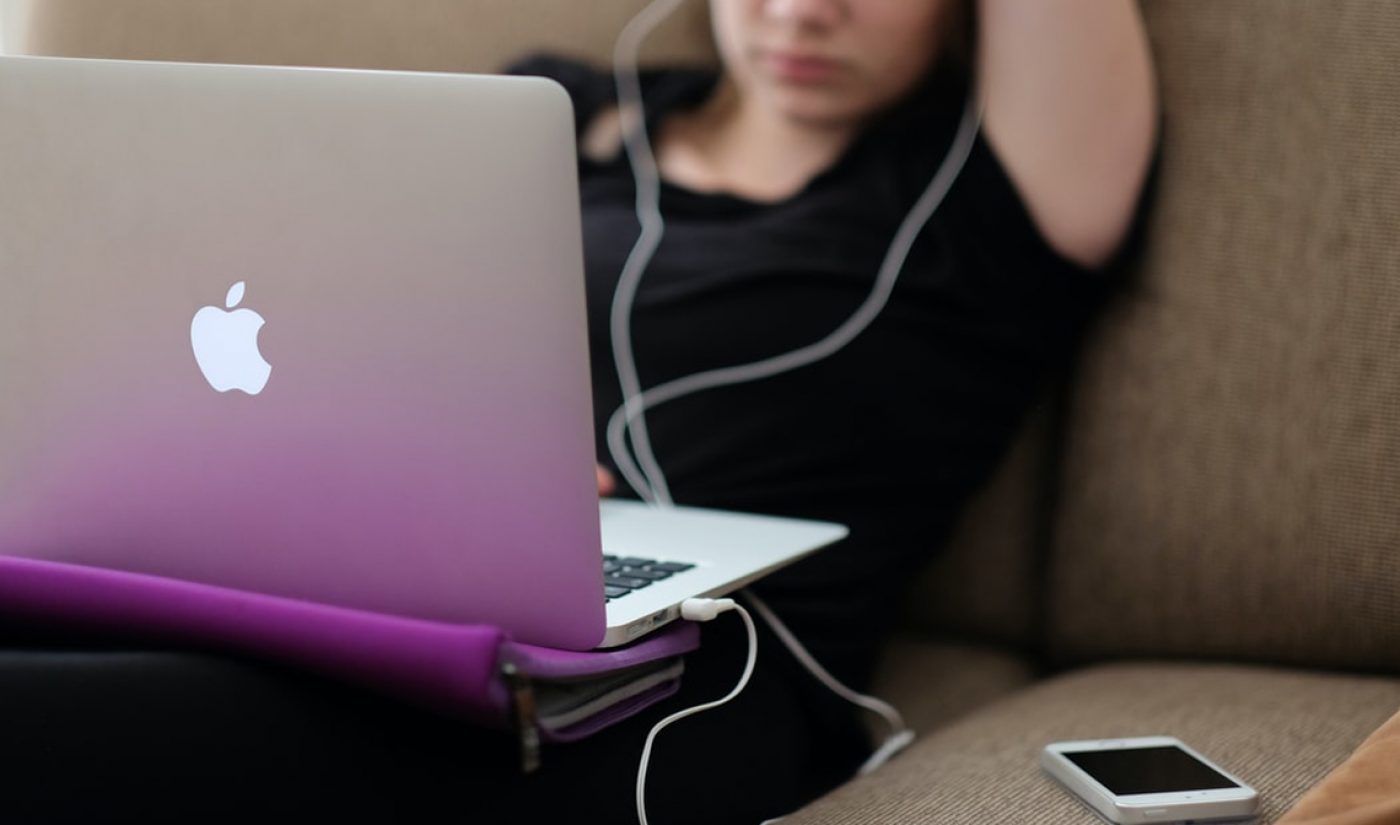 That’s according to the 2020 edition of research firm Piper Sandler’s annual Taking Stock With Teens report. The firm surveyed 5,200 teenagers–50% male, 49% female, and 1% nonbinary–from 41 U.S. states about their media, tech, and brand preferences, as well as their spending habits and their opinions on things like fashion trends.

Respondents indicated that Dobrik (who has 16.7 million subscribers on YouTube) is their No. 1 favorite influencer across social media, and that D’Amelio (who, with 48 million followers, is the most followed creator on TikTok) is their fifth fave. In spots two, three, and four are LeBron James, Kylie Jenner, and Donald Trump, respectively.

Longtime creator Dobrik has recently built upon his content production with merch popups and a unique partnership with ticketing platform SeatGeek. D’Amelio, who’s been crowned “the reigning queen of TikTok” by The New York Times, has experienced a meteoric rise alongside her sister and fellow creator, Dixie. A former competitive dancer, Charli amassed an audience by posting choreographed routines set to trendy songs–and in recent months, she’s partnered with Prada and appeared on The Tonight Show with Jimmy Fallon. 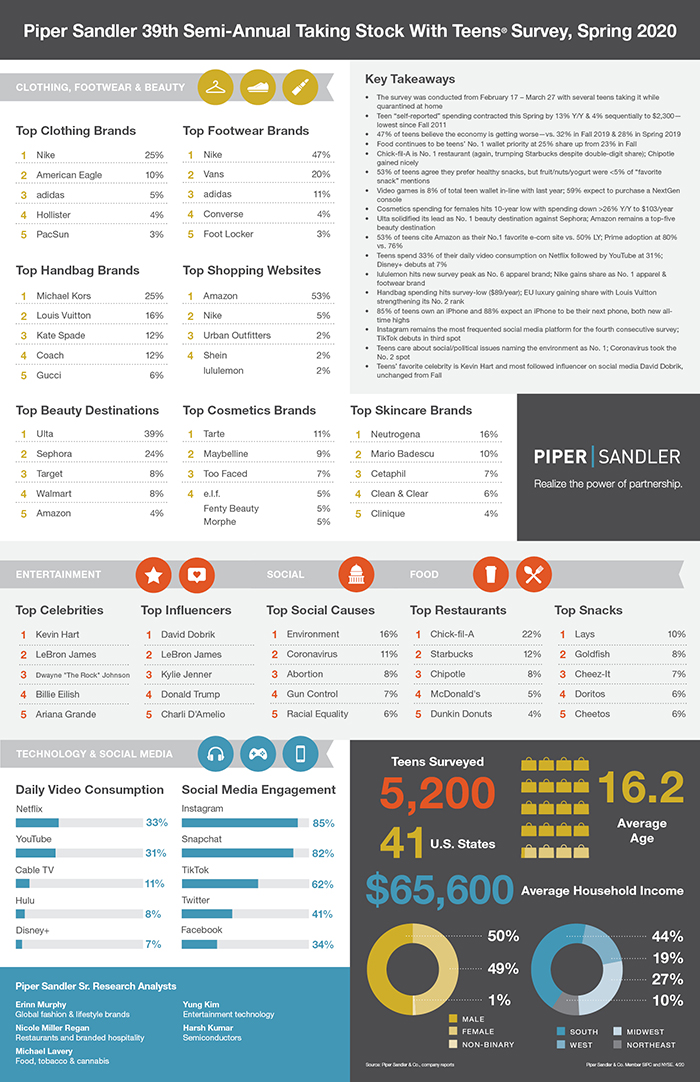 D’Amelio didn’t snag the only spot for TikTok. For the first time, the app made an appearance on Piper Sandler’s list of teens’ most-used social media platforms. According to the study, 63% of teens indicated they use TikTok daily. It was topped just by Instagram (85%) and Snapchat (82%), but handily beat both Twitter (41%) and Facebook (34%).

In terms of longer-form video, however, respondents indicated that Netflix accounts for 33% of their daily video consumption, while YouTube accounted for 31%, traditional cable TV accounted for just 11%, Hulu was at 8%, and streaming newcomer Disney+ already accounts for 7%.

Also worth noting is that, while video platform Twitch didn’t make an appearance, parent company Amazon did: 53% of teens indicated it’s their favorite ecommerce site, with 80% of them saying they subscribe to Amazon Prime (a service that includes its sizeable Prime Video library).

The survey was conducted from Feb. 17 through March 27, with “several teens taking it while quarantined at home,” Piper Sandler said. So, it’s possible these numbers are slightly different than non-pandemic times, as data we’ve previously reported indicates people are currently watching an increased amount of video content across platforms, and are visiting Facebook and Instagram more than usual.

You can check out key findings from Piper Sandler’s report here.