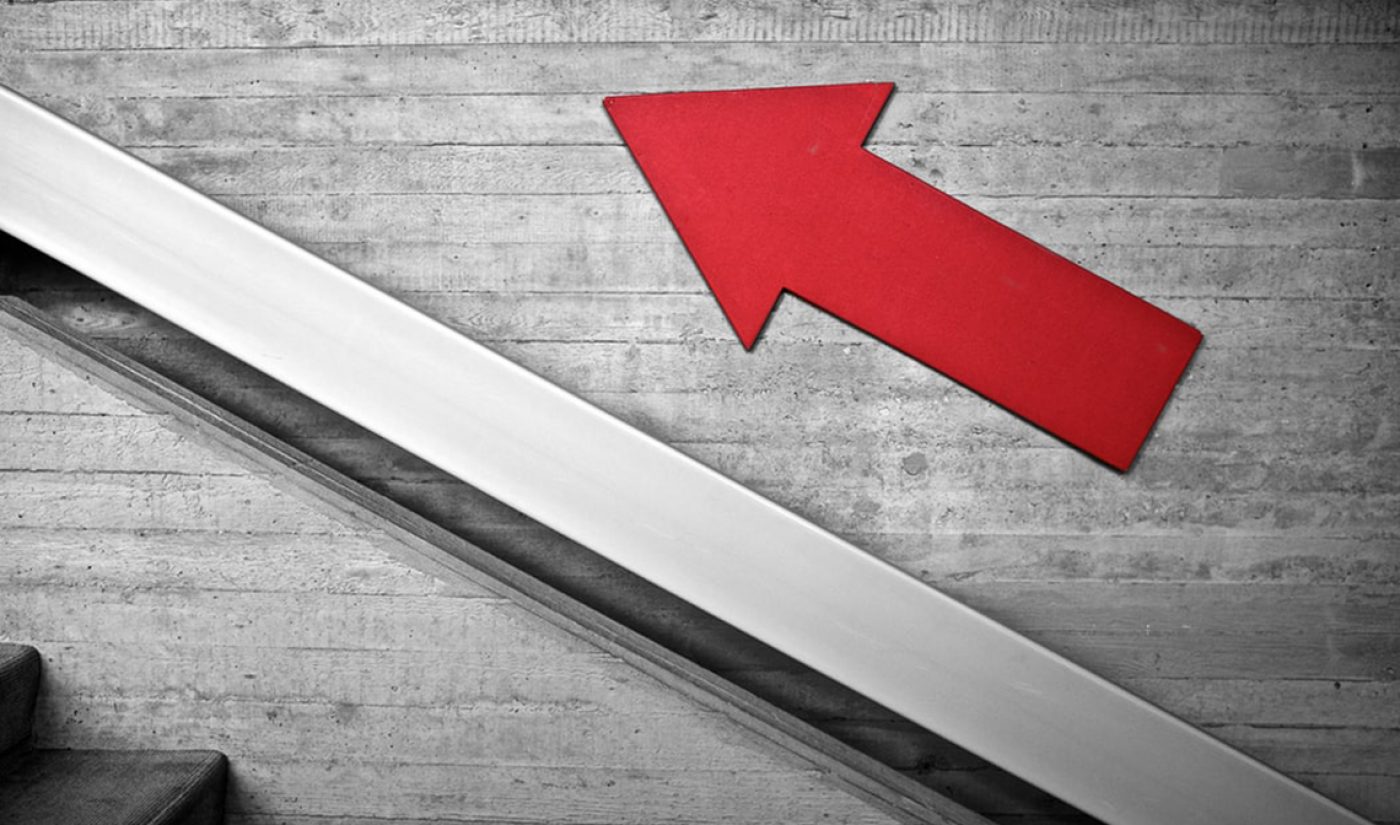 Like virtually all other industries, digital advertising is taking a hit from the COVID-19 pandemic. Influencers have been warned to expect income disruptions as businesses cut back on marketing spend, Google and Facebook could lose $44 billion in ad revenue, and this week, ad-reliant BuzzFeed cut staff and executives’ pay in an attempt to avoid layoffs.

Twitch’s viewership shot up 31% in two weeks, going from 33 million hours watched on March 8 to 43 million watched on March 22, according to information from creator services platform StreamElements and their data analytics partner Arsenal.gg. These increases are happening across categories as people stuck at home tune in to streams about their interests, StreamElements’ CEO Doron Nir tells Tubefilter.

“The increased adoption driven by the recent stay-at-home mandates have changed the game for marketers,” he says. “In order to ride the wave, brands now need to accelerate their understanding of the space, from the influencers who are creating the content to the technology that is amplifying brand messaging on their channels.”

Over on YouTube, viewership for U.S.-based content has jumped up to 63%, per data from video analytics firm Tubular Labs. To gather data, Tubular has been tracking videos in five broad categories–sports, music, health and fitness, people and lifestyles, and arts and culture–uploaded this month, and measuring their views for seven days post-debut. To measure viewership growth, it compared this month’s view counts against seven-day view totals garnered by videos uploaded in March 2019.

Viewership for health and fitness videos has increased the most (63%), something Tubular attributes to social distancing. Unable to go to the gym or park or sometimes even leave their homes at all, people “are seeking out-of-home workout options, notably bodyweight exercises,” the firm says. Its data shows bodyweight exercise videos alone have seen a whopping 90% boost in viewership.

Meanwhile, music has seen an estimated 57% boost from March 2019 (though some of that could be attributed to growth from the effort YouTube has put into that category over the past year), arts and culture is up 29%, sports is up 20%, and people and lifestyles is up an estimated 9.5%. 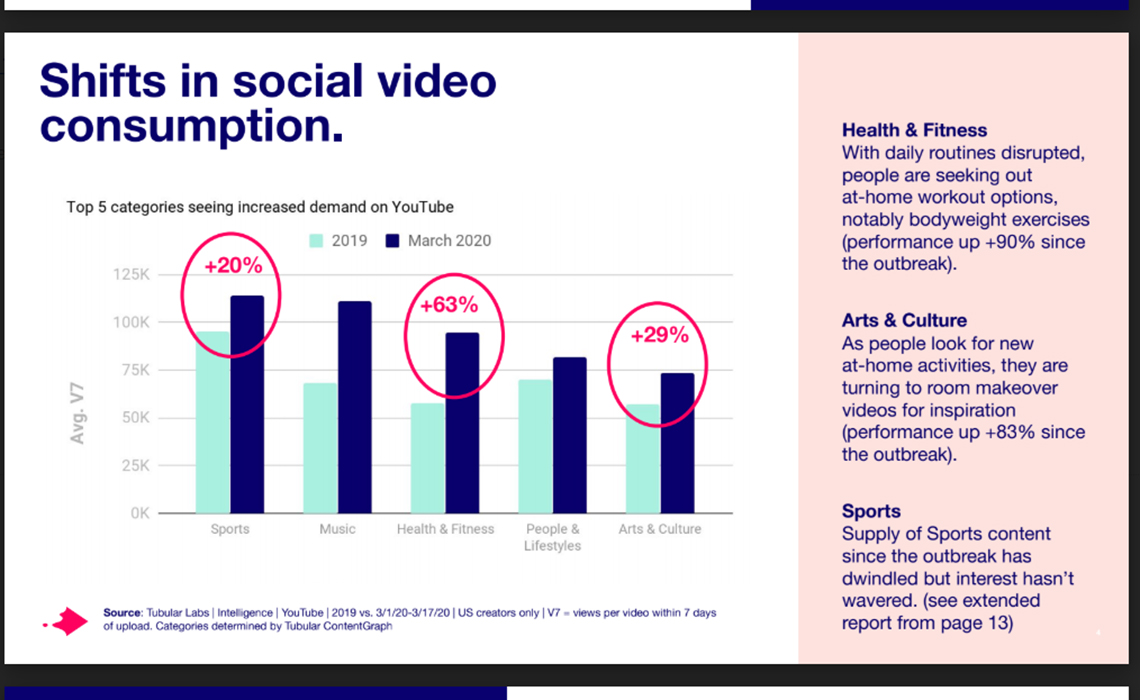 As for content on Facebook and Instagram, creators are seeing a 36% increase in both engagements and impressions, according to influencer marketing platform Influence Central. And all of this increased attention on social media and digital content is a prime opportunity for businesses, Influence Central founder and CEO Stacy DeBroff wrote in a post about the company’s findings.

“With real-time events shut down, stores closing, and brands seeking to both reassure their customers or increase ecommerce sales, influencers find themselves at the forefront of reassuring consumers,” she said. “Forward-thinking brands will be turning to tap influencers’ passion, desire to help, strong content, and trusted connection to consumers.”

Her comments echo those of fellow influencer marketing platform IZEA, which was responsible for the aforementioned warning that creators should expect to make 15-25% less income from sponsored posts during the pandemic. IZEA’s own study, published earlier this month, concluded that brands should turn to trustworthy influencers (especially those in the health space) for marketing that is less expensive than, say, TV ads–but also told creators to lower their per-post prices, as businesses are losing sales and thus have less to invest in sponsored content.

It’s clear that some see opportunities for creators as viewership rises across platforms. But with digital advertising suffering, CPMs are likely to drop, so whether all those boosted views will translate into boosted revenues remains to be seen.