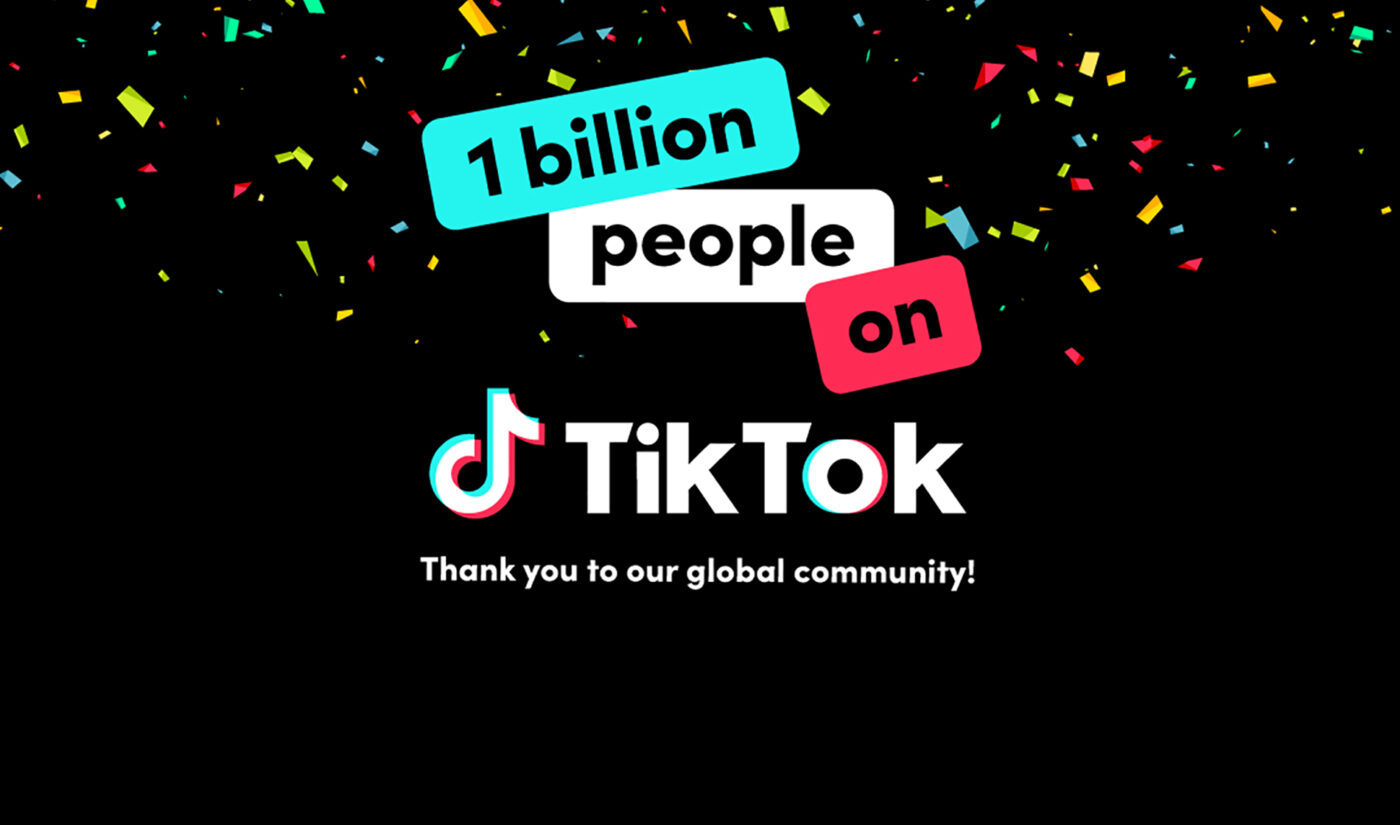 TikTok says it officially has more than one billion monthly active users.

“That means over one billion people from around the world come to TikTok to be entertained, inspired, or discover something new like sports, music, arts and culture, fashion, DIY, and more,” Vanessa Pappas, TikTok’s chief operating officer, said in a video posted to the platform this morning.

The platform told Reuters that it has the most active users in the United States, Europe, Brazil, and southeast Asia, but did not give specific figures for regional user counts.

TikTok as we know it has been around since 2018. The year prior, its parent company, ByteDance, bought competitor app musical.ly for a reported $800 million. In August 2018, ByteDance merged musical.ly and its 100 million monthly active users with then-fledgling TikTok. Obviously not all 100 million of those musical.ly users stuck around, but that didn’t seem to impact TikTok’s meteoric (and fraught) rise.

In a company blog post, TikTok said its reason for success is “the creativity and authenticity of our creators.”

“We’re honored to be a home for our immensely diverse community of families, small businesses, and creators who transform into our favorite stars,” it said. “Whether you’re in Singapore, São Paolo, Stockholm, or Seattle, we celebrate YOU–the creators who inspire us, the artists who launch chart-breaking albums, the brands who help us discover and connect with products we love, the communities who lift us up, and all the people who keep us laughing and dancing.”