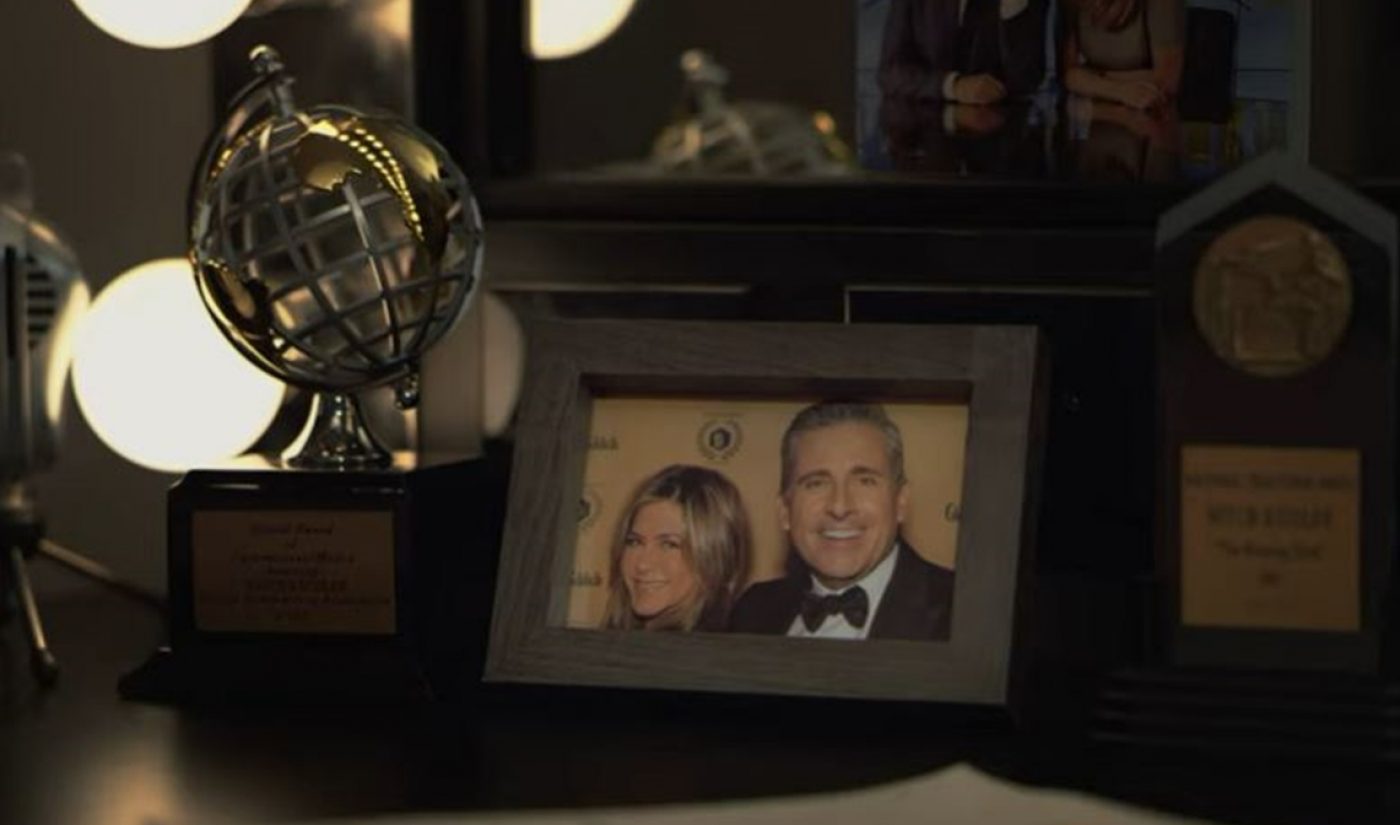 Apple has given fans the first glimpse at the premium programming that’s slated to live on its forthcoming subscription service, Apple TV+.

The hardware giant dropped a teaser trailer for The Morning Show today — a drama set in the talk-show business co-starring Jennifer Aniston (who is making her grand return to television after the cult hit and still-wildly-popular Friends), Reese Witherspoon (most recently of Big Little Lies renown), and Steve Carrell. While the teaser doesn’t show any of the aforementioned celebs in action, it does feature voiceovers in which they express dramatic opinions about the titular show, as a set tour plays onscreen.

On the show, Carrell will play Mitch Kesslar, a morning show anchor who is struggling to maintain relevance, according to The Hollywood Reporter. Aniston and Witherspoon will play his competing co-anchors. A release date for the show has not been confirmed, but the teaser notes it will bow sometime in the fall.

Apple has ordered two seasons of The Morning Show, comprising 20 episodes. Aniston and Witherspoon are both executive producing the series alongside director Mimi Leder (The Leftovers) and showrunner Kerry Ehrin (Bates Motel).

Apple unveiled Apple TV+ at a press event in March,. Though pricing for the service has not been announced, it won’t offer an ad-lite tier, like competitor Hulu. It also won’t offer any licensed programming, but will instead spotlight its billion-dollar slate of original programming. Other Hollywood luminaries working on shows or films for the service include Steven Spielberg, J.J. Abrams, and Oprah Winfrey.