Apple’s Streaming Service Apple TV+ To Launch This Fall, Will Have Zero Third-Party Content — But Plenty Of Add-Ons 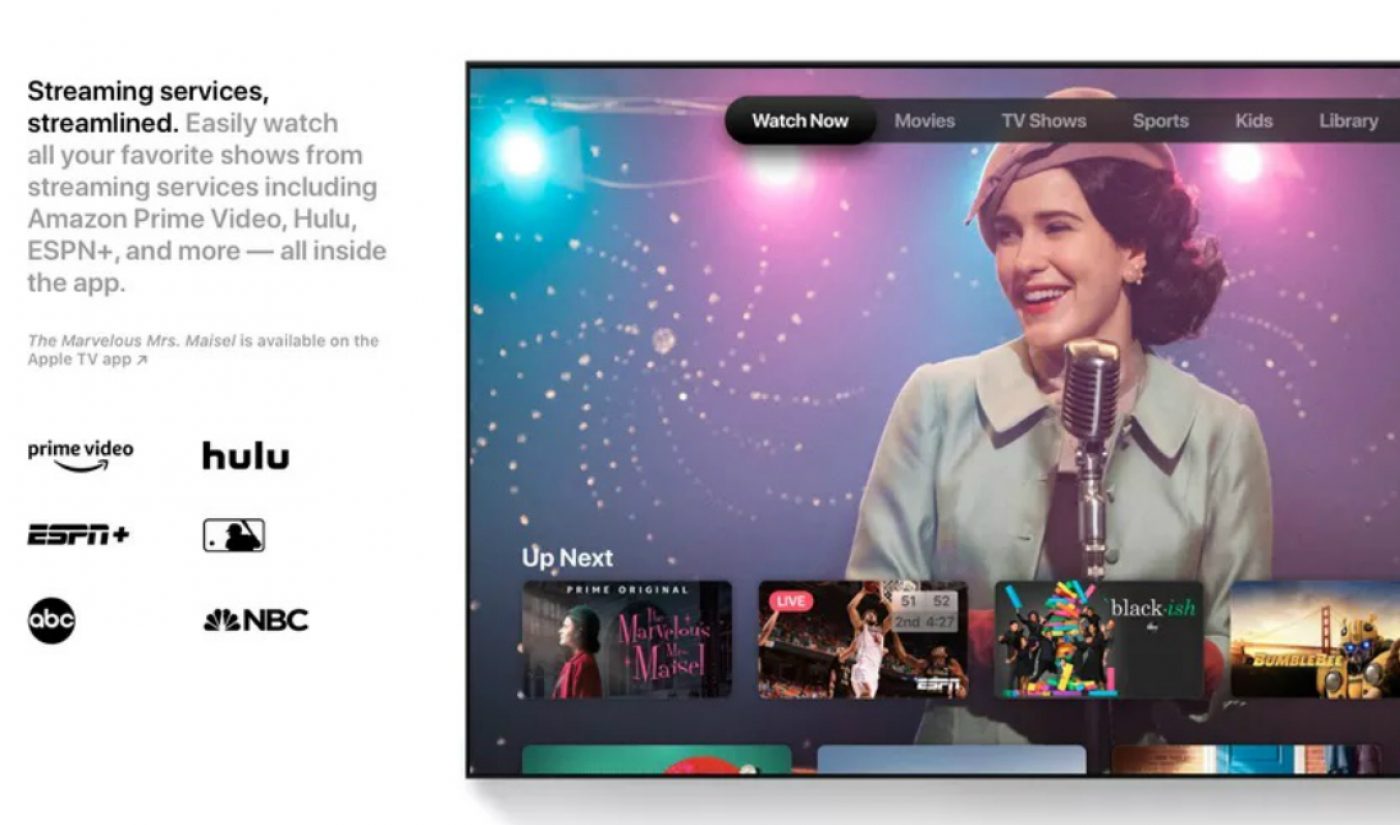 As expected, Apple used its big press event today to finally reveal some key details about its long-anticipated streaming service.

Here’s the meat of what it unveiled: The service is called Apple TV+. Unlike competitor Hulu, it won’t offer an ad-lite tier — all subscribers will have access to ad-free content. That content will be accessible online and offline in more than 100 countries through various smart TVs, a newly-relaunched Apple TV app (coming in May) for iPhones and iPads, and through Roku and Fire TV.

Apple also said it plans to launch the service in the fall, a few months later than its original planned debut date of, well, right now.

In tandem with the release of Apple TV+, Apple will roll out Apple TV Channels, which lets subscribers pay an additional fee to add on premium channels like HBO, Showtime, and Starz. That’s nothing new in the streaming space — services like Hulu also offer those channels as add-ons. What is new is that users can also pay a fee to add content from Hulu and Amazon Prime Video, two services expected to be Apple’s direct competitors in streaming. Instead of battling it out with Apple, both companies have forged pacts with it to offer their content as add-ons. (Netflix, by the way, refused to do the same.)

Something else divergent in Apple’s model is that unlike Hulu, Netflix, and Disney, it doesn’t plan to offer any third-party content in Apple TV+’s base service. (So, no $100 million Friends deal here.) Instead, it’s relying entirely on its billion-dollar slate of original programming.

Going into today’s announcement, we had a decent amount of knowledge about what that programming will be (you can see our roundup of everything that’s in production here). But onstage, Apple gave viewers a first glimpse of how much collective star power is going into its in-house productions. During its Apple TV+ presentation, it brought on major Hollywood players like Steven Spielberg, Reese Witherspoon, J.J. Abrams, Jennifer Aniston, Steve Carell, and Oprah Winfrey, all of whom are involved in working on shows and films for the service.

Spielberg, who has been notoriously anti-Netflix, thanked the “visionary and inventive folks at Apple” for giving him and his production company Amblin Entertainment a shot at resurrecting fantasy, horror, and sci-fi TV show Amazing Stories.

Apple CEO Tim Cook said the giant is pursuing original content so aggressively because “we feel we can contribute something important to our culture and society through great storytelling.”

Noticeably, Apple did not reveal how much Apple TV+ will cost. There have been rumors that it’s considering giving away its original content for free, and today’s lack of a price point announcement appears to lend credence to them.

In addition to unveiling its jump into the streaming space, Apple revealed it’s pushing more heavily into gaming as well. Also set to launch this fall, Apple Arcade will bring together a curated selection of games from the App Store.

Unlike Google’s recently-announced Stadia game streaming service, Apple Arcade will require subscribers to download all games they want to play. Play data, however, will be saved in Apple’s iCloud, so players can pick up where they left off across multiple phones, iPads, and potentially other devices. The service will offer third-party games as well as original games produced in-house, including one from Will Wright, creator of touchstone game franchise The Sims.

You can see more about Apple TV+ in the service’s announcement video below.