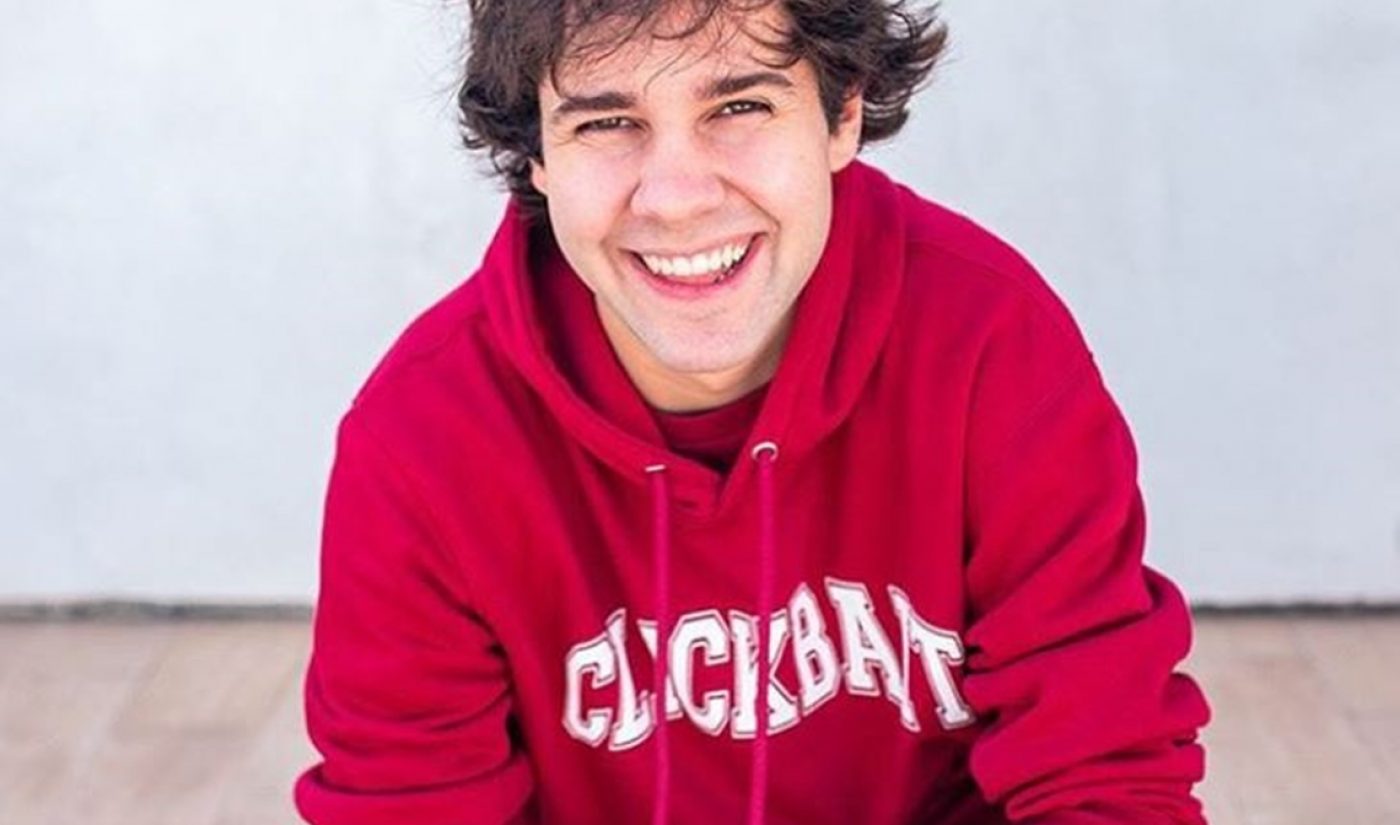 David Dobrik is taking his merch show on the road.

The Los Angeles-based vlogger is partnering with Casey Neistat’s New York City-headquartered creator hub, 368, to launch a pop-up shop next weekend. The shop will be open at 368 headquarters, in downtown New York, on both May 18 and 19 from 11:00 am to 7:00 pm, with no tickets needed and entry on a first-come, first-served basis. Attendees aren’t guaranteed to meet Dobrik or any other members of his ‘Vlog Squad‘ — though an invite teases that there could be a chance.

The pop-up will feature new and exclusive items from Dobrik, who creates his line of merch with the upstart FanJoy. Dobrik is perhaps best known for his ‘Clickbait’ line, which features the term emblazoned on hoodies ($50), sweatpants ($45), sports bras ($23), and coffee mugs ($10). The other members of Dobrik’s friend group, dubbed the Vlog Squad, also vend merch with Fanjoy, including Corinna Kopf, Jason Nash, and Jeff Wittek. (Neistat also works with Fanjoy on merch).

“We’ll be launching exclusive David Dobrik x NYC merchandise along with a new Clickbait Capsule Collection, where the pop-up will have first access to the new items,” Fanjoy founder and CEO Chris Vaccarino tells Tubefilter. “We’re basically turning 368 into David’s store for the two days.”

Mobile ticket platform SeatGeek, which has partnered with Dobrik on roughly 30 videos over the past two years, will sponsor the pop-up shop. The company will host a #SponsoredBySeatGeek experiential space at the temporary store and furnish a surprise giveaway.

Neistat founded 368 in April 2018 as a multi-faceted project in which he sought to vlog the creation process of a community space for content creators. The space, located at 368 Broadway, will comprise podcast and gaming studios where creators can make shows and collaborate, as well as a retail area. And this isn’t its first collaboration: 368 previously teamed last Halloween with mobile camera app and gearmaker Moment on a mobile horror film festival.