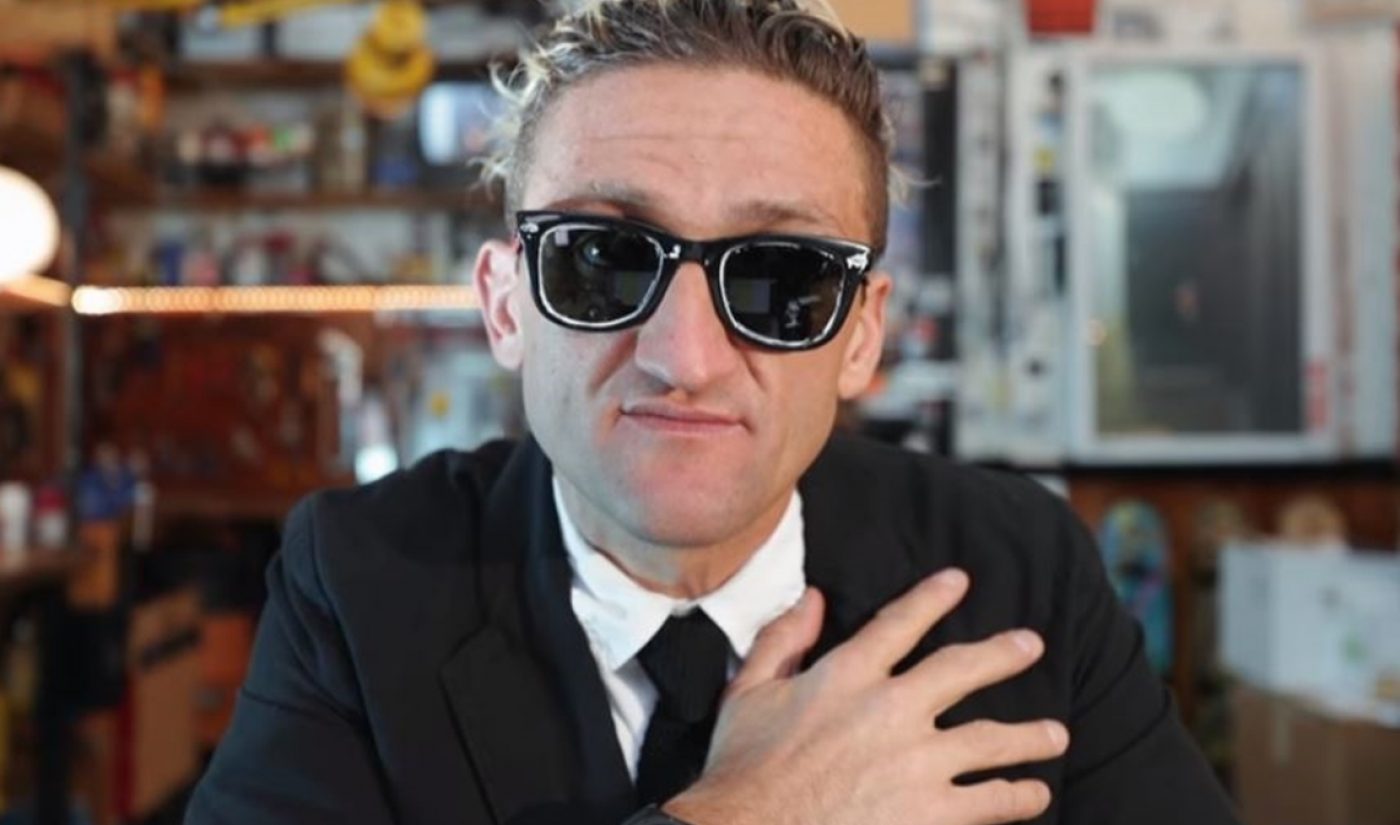 Following the dissolution of Beme, Casey Neistat announced today his next business venture. It will see the 37-year-old return to his roots as a daily vlogger — a streak he ended in November 2016 after more than 500 consecutive uploads on the heels of Beme’s acquisition by CNN.

Neistat’s latest project, however — dubbed 368 — packs a conceptual twist and also aims to focus on something bigger than chronicling his day-to-day life. The vlogs, beginning tomorrow, will follow Neistat as he sets up a collaborative workspace in New York City, which he intends to serve as a hub for fellow filmmakers, YouTube stars, musicians, and podcasters. (Neistat hints that he has a podcast in the works). The venture takes its name from the address of the three-floor space, 368 Broadway, which happens to be the location of Beme’s former headquarters. Filmmaker Dan Mace will serve as Neistat’s editing partner on the project.

Neistat likens 368 to Andy Warhol’s infamous ‘Factory’, a New York City studio that brought together creative luminaries of every stripe for artistic collaborations and drug-fueled parties. Neistat says his venture is part-show, part-space, and part-startup. “You can call it a company, but I don’t know what the business is behind it yet,” he says. “I’ll figure that out later.” Neistat’s flagship YouTube channel counts 9.2 million subscribers.

At the same time that Neistat unveiled the new venture (see above), he also addressed the failure of Beme — a social video app-turned-news media company that CNN shuttered roughly one year after acquiring the startup for a reported $25 million. “Failure sucks,” Neistat says. “But the pain that is failure does not exceed the pain that is not trying at all.” That said, Neistat notes that the time he took away from YouTube to work on Beme — marking his longest-ever break from the site — provided him with “a hard reset” and a fresh perspective with which to return.

Neistat first teased 368 during an interview last month, saying that he’d consulted with controversial vlogger Jake Paul on its development. Given that Paul helped pioneer the model of a fleet of creators working and living together in a common space via Team 10, he would appear to be an apt source.