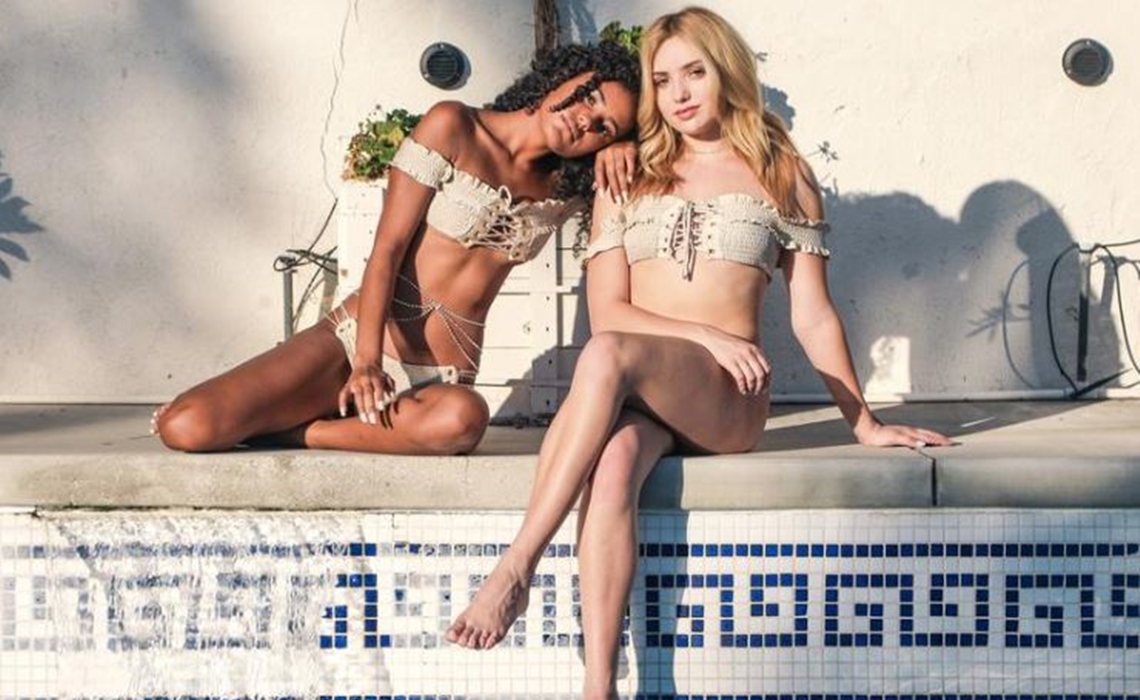 YouTube Merch Leader Fanjoy Is Moving Into Fashion Apparel, And Its Peyton List Collab Is Just The Beginning

Fanjoy, one of the foremost proprietors of influencer merchandise — which has shipped more than 1 million items to date alongside savvy hawkers including Jake Paul, David Dobrik, and Casey Neistat — is taking a decidedly more fashion-forward approach with its latest collaboration.

Fanjoy has tapped 20-year-old actress Peyton List — known for her work on YouTube Premium’s The Thinning, and her massive social following of 13 million Instagram fans — to launch a collection that’s less akin to traditional merch and more along the lines of a full-fledged fashion line. Dubbed List By Peyton, the collection dropped on Saturday.

“The word merch has been downgraded over the past year-and-a-half,” says Fanjoy CEO Chris Vaccarino — who explains that the term often conjures notions of rudimentary branding slapped onto a basic T-shirt. “With Peyton, we’re going to have seasonal collections that she has handpicked and designed with limited branding, to let the items speak for themselves.” Unlike a typical merch play, the pieces aren’t aimed squarely at List’s superfans, he adds, but instead are intended to appeal to fashion lovers across the board.

Prices for List’s collection won’t differ dramatically from FanJoy’s typical rates. The company tends to charge $25 for a T-Shirt and between $40 and $55 for a hoodie, which it then splits with creators in a way that’s “highly favorable to them,” says Vaccarino — though he declined to provide specifics. In December, Vaccarino told Shopify that Fanjoy was on track to clock $35 million in annual sales.

List’s collection comprises a total of 16 items, including both apparel and accessories, ranging in price from $19.95 for a phone case to $65 for a denim jacket. The line is aimed at female shoppers aged 16 to 22, though many of the items are unisex. And unlike other Fanjoy collections, which are vended via its flagship website, List’s line will also be housed within a standalone, self-branded online store at ListByPeyton.com (which is powered by Fanjoy on the backend).

Other noteworthy pieces, which mark a substantial departure from Fanjoy’s typical creations, include a crocheted swimsuit ($65 for both top and bottom), a faux suede skort ($45), and a sheer, off-the-shoulder crop top ($45).

Fanjoy’s foray into fashion with List illustrates the ways in which the merch industry is in the midst of an evolution of sorts. Arguably, influencer-vended merch peaked last year, typified by the explosive success of the Paul brothers, who were constantly shilling their Fanjoy wares in massively-viewed daily vlogs (and even via song).

“Last year, it was pushed so hard that the message and story behind each piece got lost,” Vaccarino says. “We’re moving more toward collections and storytelling and stepping things up in terms of quality.” This year, he says, Fanjoy expects to ship 2 million merch items — double last year’s tally.

And while the Paul brothers have experienced respective falls from grace on the heels of legal issues and other morally questionable antics, Vaccarino notes that these controversies haven’t materially impacted the company’s revenues. “Last year at this time we might have had five to 10 creators we were working with,” he says. “Since then, we’ve diversified our roster to about 40 creators, so we’re not so dependent on any one.” FanJoy is also looking to link up with more content creators in different verticals, he says, including beauty, gaming, and music.

After building a flourishing ecommerce business with 4 million unique visitors per month on its flagship website, Fanjoy now has its sights set on brick and mortar distribution — and Vaccarino hopes that developing more fashion-forward items, as it has done with List, will aid in this transition. The company will also turn to sales data derived from the List launch, including demographics, to help it narrow down prospective partners.

While no deals with retailers have yet been signed, Vaccarino envisions youth-oriented shops like Zumiez (which vends Hila Klein‘s Teddy Fresh collection), Tillys, Hot Topic (which just launched a merch range with lifestyle vlogger Jessie Paege), and PacSun as potential partners. In the past, FanJoy has experimented with pop-up shops to great success. And in the same way that its online model prizes exclusivity and urgency, Vaccarino imagines that physical retail would similarly center around custom, limited items.

“We don’t like creators to have something up for sale for six to 10 months. It’s all about creating that frenzied demand around each month,” he said. “We’re really looking to build that hype and buzz around each collection, so that it’s more than just buying a T-shirt, and fans feel like they’re buying into a movement or a message.”

And looking further down the road, Vaccarino envisions Fanjoy — which has been bootstrapped since its founding in 2014 and has quickly grown to encompass 30 employees — as a comprehensive hub for creators looking to build fan-centric brands of every stripe.

“I don’t want Fanjoy to be seen as just a merch company, because we’re so much more than that,” he says. “We want anyone with a fanbase to be able to come to us — whether it’s a chef who wants to create a line of pots and pans, or a beauty vlogger who wants to create cosmetics. We want to empower them to be entrepreneurs, and help them build their brands from the ground up.”