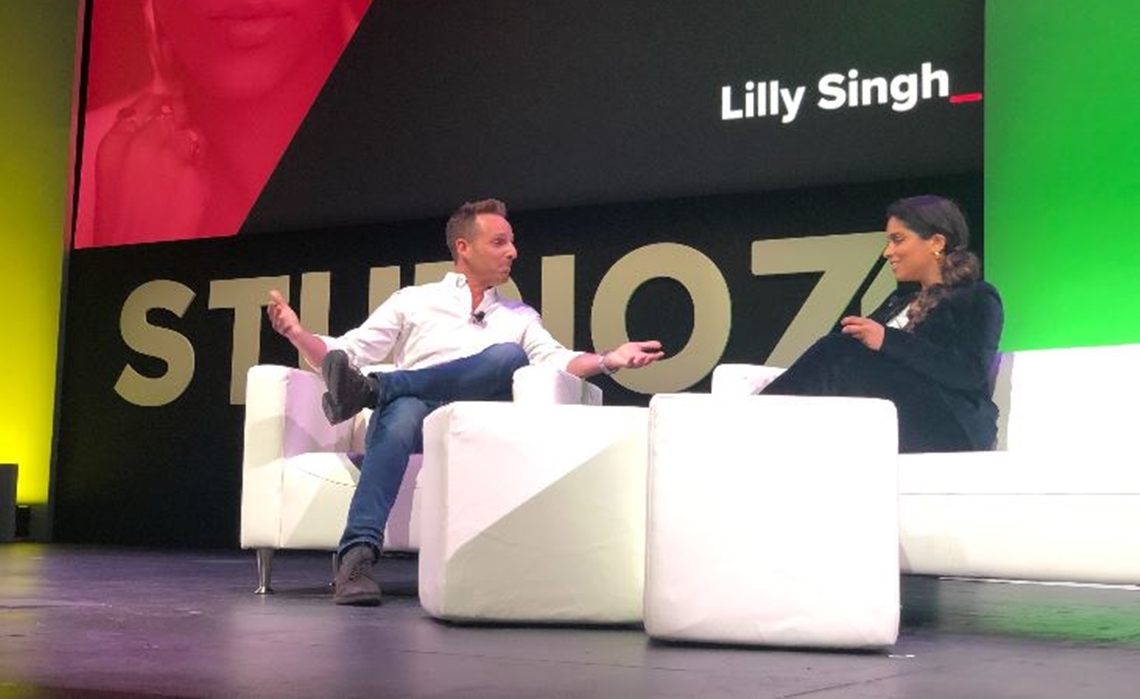 The company, which has seen podcast streams increase by 400% (to the tune of 12 million downloads in the last 30 days) and its number of new audio shows triple over the past six months (it now counts more than 30), announced OHoney, in which veteran influencers Amanda Cerny and Sommer Ray (who count 60 million collective followers across YouTube and Instagram) will take calls from lovesick listeners and offer millennial relationship advice. It will bow in June.

Studio71 has also partnered with an existing podcast called Group Chat — hosted by friends Chris ‘Drama’ Pfaff and Dee and Anand Murthy — through its recently-formed podcast network. On Group Chat, the three friends and entrepreneurs chat all things business, culture, and current events.

On the video side — where one in three Americans watch over two hours of Studio71 content every month, said the network, which also nabs 10 billion views on YouTube every month — it has added to its creator roster with Smosh. Smosh, which was acquired by Rhett McLaughlin and Link Neal‘s Mythical Entertainment after the dissolution of previous owner Defy Media, has partnered all eight of its YouTube channels (that count a collective 45 million subscribers and 15 billion lifetime views) to the Studio71 MCN, where it will join Rhett & Link‘s Good Mythical Morning channel and newly-crowned late-night host Lilly Singh. Studio71 will also help Smosh to iterate on new formats as well as forge onward with existing hits like Every [Blank] Ever and Vs.

You can check out our interviews with Studio71 co-founder and president Dan Weinstein and EVP of sales Matt Crowley below: