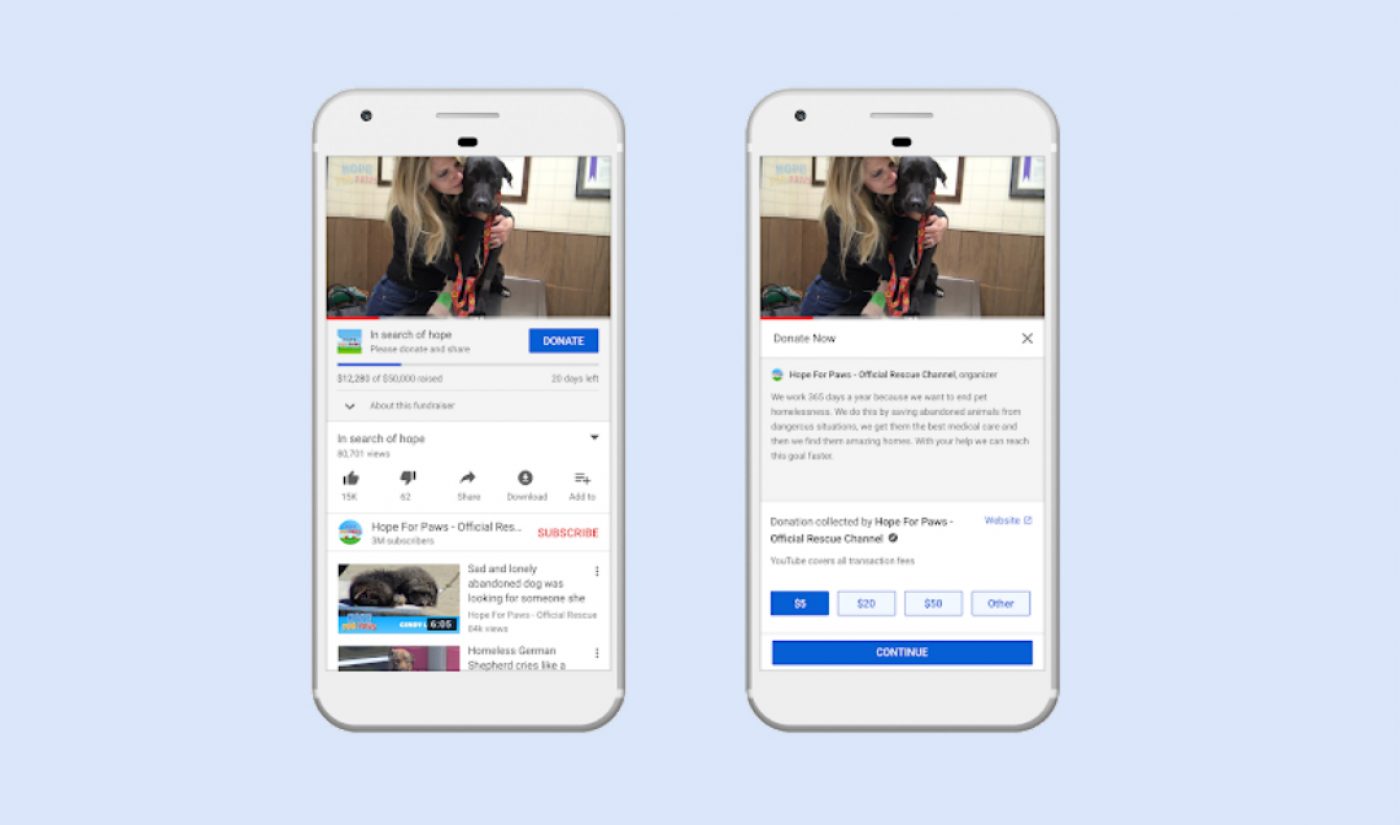 YouTube announced today that it is beta testing a new suite of charitable tools that will allow creators to donate money directly to charities of their choosing. The tools, collectively named YouTube Giving, include ‘Fundraisers,’ ‘Community Fundraisers,’ ‘Campaign Matching,’ and ‘Super Chat For Good.’

Campaign Matching, which will let creators partner with other creators or with brands who are interested in matching their viewers’ donation amounts, will premiere in the future. And Super Chat For Good is the only tool to be rolling out fully to all creators right now. In the regular version of Super Chat, viewers can pay to have their messages pop up more prominently during live streams — and normally that money goes to the creators. With Super Chat For Good, creators can instead route that money to the charity of their choice.

Many popular YouTubers are notably involved in charity work. Mark ‘Markiplier’ Fischbach has raised more than $3 million for various organizations (most often via livestreams). Gaming supergroup Sidemen regularly hosts charity soccer matches (with its most recent raising roughly $85,542 for the Young Minds Trust). And YouTube’s controversial, soon-to-be-dethroned No. 1 creator Felix ‘PewDiePie’ Kjellberg has also used his massive platform for good in the past.