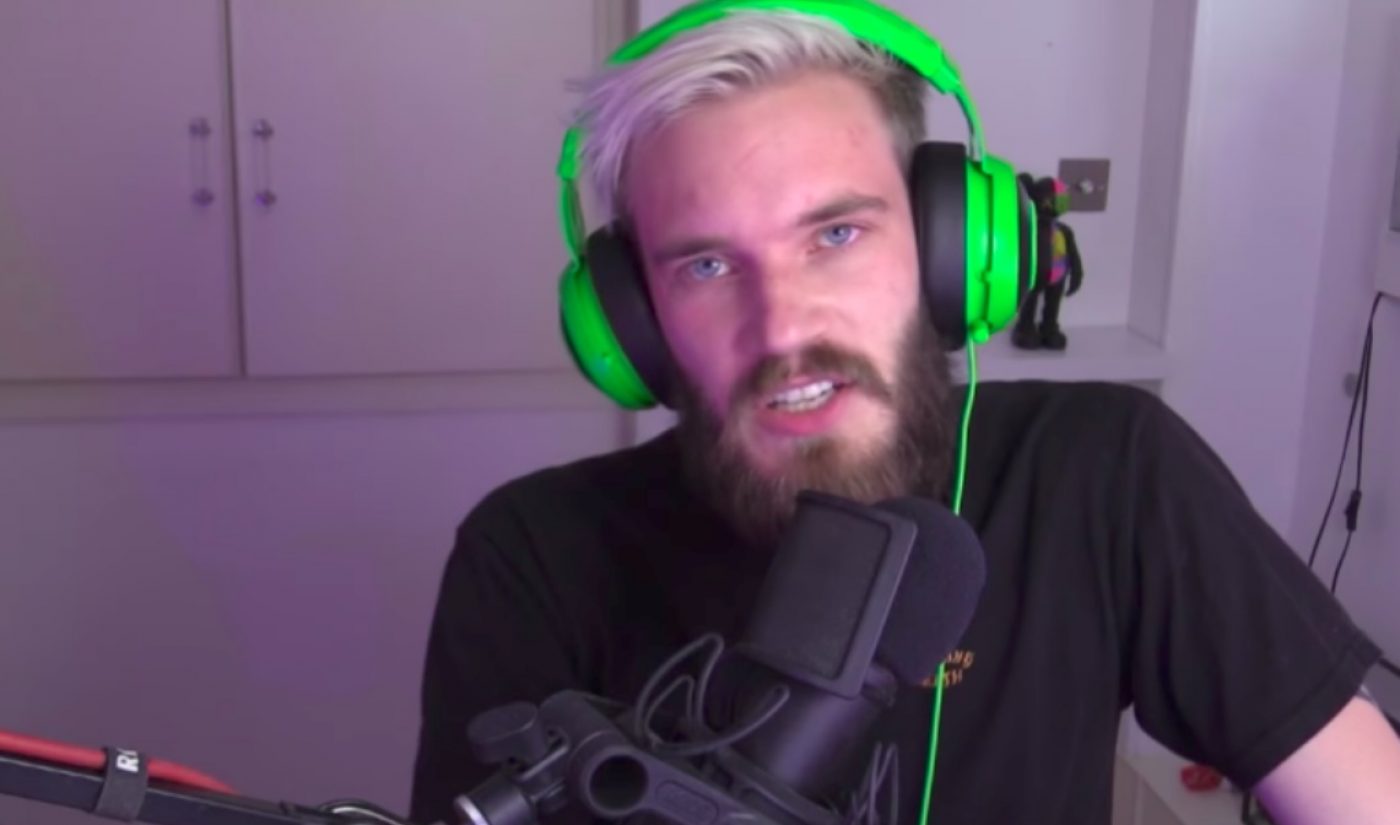 Felix “PewDiePie” Kjellberg has found himself embroiled in yet another controversy. The27-year-old  Swedish gamer, whose YouTube channel has more than 57 million subscribers, drew himself a fresh helping of ire after he used the n-word during one of his live streams.

Kjellberg used the epithet while playing the popular multiplayer survival game PlayerUnknown’s Battlegrounds. “What a f***ing n****r,” he exclaimed while engaged in a firefight. He quickly attempted to apologize for his use of the word. “Sorry,” he said, “but what the f**k. What a f***ing a**hole. I don’t mean that in a bad way.”

A clip featuring the controversial moment has been shared by YouTube user Albert_Fn_Wesker. And a lot of people have been tuning in. The video is currently at around half-a-million views and #6 on YouTube’s Trending page.

Kjellberg’s use of the slur immediately sent shockwaves across the internet. Perhaps the strongest response came from Sean Vanaman, the co-founder of the game studio Campo Santo and the writer of Firewatch, a single-player first-person mystery game popular with streamers and YouTube gamers. In a series of tweets, Vanaman decried Kjellberg and announced his decision file Digital Millennium Copyright Act complaints against any PewDiePie videos featuring Campo Santo games:

A less vitriolic take came from Boogie2988, the gamer and commentator who often makes his voice heard during YouTube-related kerfuffles:

Kjellberg seemed to think it was only a matter of time before he became embroiled in this kind of controversy. The online video star has been consistently streaming from his YouTube channel every weekday for the past several weeks. And in a recent prescient upload dubbed “Stream Fails,” Kjellberg states, “You know I’m going to slip up. It’s bound to happen.”

For Kjellberg, the n-word controversy is the latest in a series of snafus that have significantly impacted public perception of him over the past year.

Back in February, the top YouTube star was dropped by his Maker Studios / Disney network and had his YouTube Red show was canceled after he was accused of making anti-Semitic jokes and co-opting Nazi imagery. In the following months, he seemed to lay low, but his latest headline-grabbing moment has thrust him back into the internet’s crosshairs. As some outlets have noted, however, he used one of his recent videos to decry the people who are using the recent spate of natural disasters to make politicized points about climate change.

Whether he means to or not (and notwithstanding his charitable initiatives), Kjellberg is adopting rhetoric that many people — both in the gaming world and beyond — find troubling. The degree to which his latest choice of vocabulary affects his brand will become evident in the coming days and weeks.