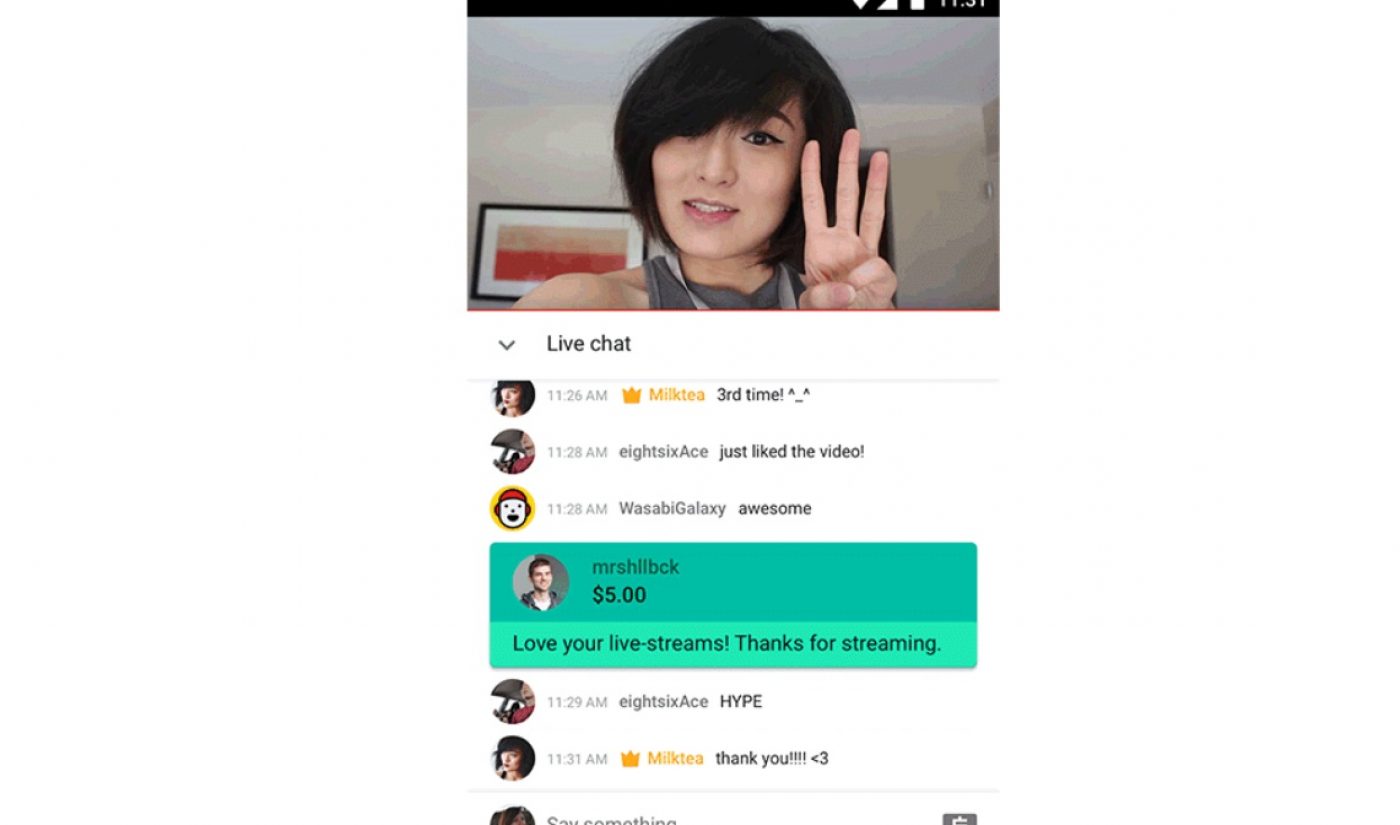 YouTube’s continued investment in live streaming technology has resulting in the launch of a new feature — and the discontinuation of another. The world’s top video site has announced a new revenue stream called Super Chats, through which top fans can pay for live stream comments that are extra visible. In addition, February 28th will be the last day during which Fan Funding, a crowdfunding feature YouTube launched in 2014, will be available.

To use Super Chats within live streams, viewers must first select a dollar amount and a custom color for their messages. A sent Super Chat is ultimately pinned to the top of the comment window for all viewers to see. The length of time it stays there depends on the price paid for it; the maximum airtime is for each comment is five hours.

Super Chats are clearly intended to help YouTube compete with Twitch, where a plentiful selection of perks are available for viewers who contribute bonus funds during any particular stream. The YouTube version of that feature is currently being rolled out on the channels of top creators like iHasCupquake, Great Library, and Alex Wassabi. It will be publicly available across 20 countries on January 31st.

As one revenue stream arrives for YouTubers, however, another one is departing. Fan Funding, which YouTube CEO Susan Wojcicki announced during the 2014 VidCon, never really caught on after launching in September of that year. The goal of Fan Funding was to give creators a first-party method through which they could donate directly to their favorite creators, but as YouTube notes in a blog post, “it never achieved widespread usage outside of live streams.”

Creators can no longer sign up for Fan Funding, and those who are actively using it will no longer be able to do so beginning in March, but there are still plenty of options for videomakers who want to solicit donations from their fans. The most popular of those options is Patreon, which hosts a thriving ecosystem of creators and fans.