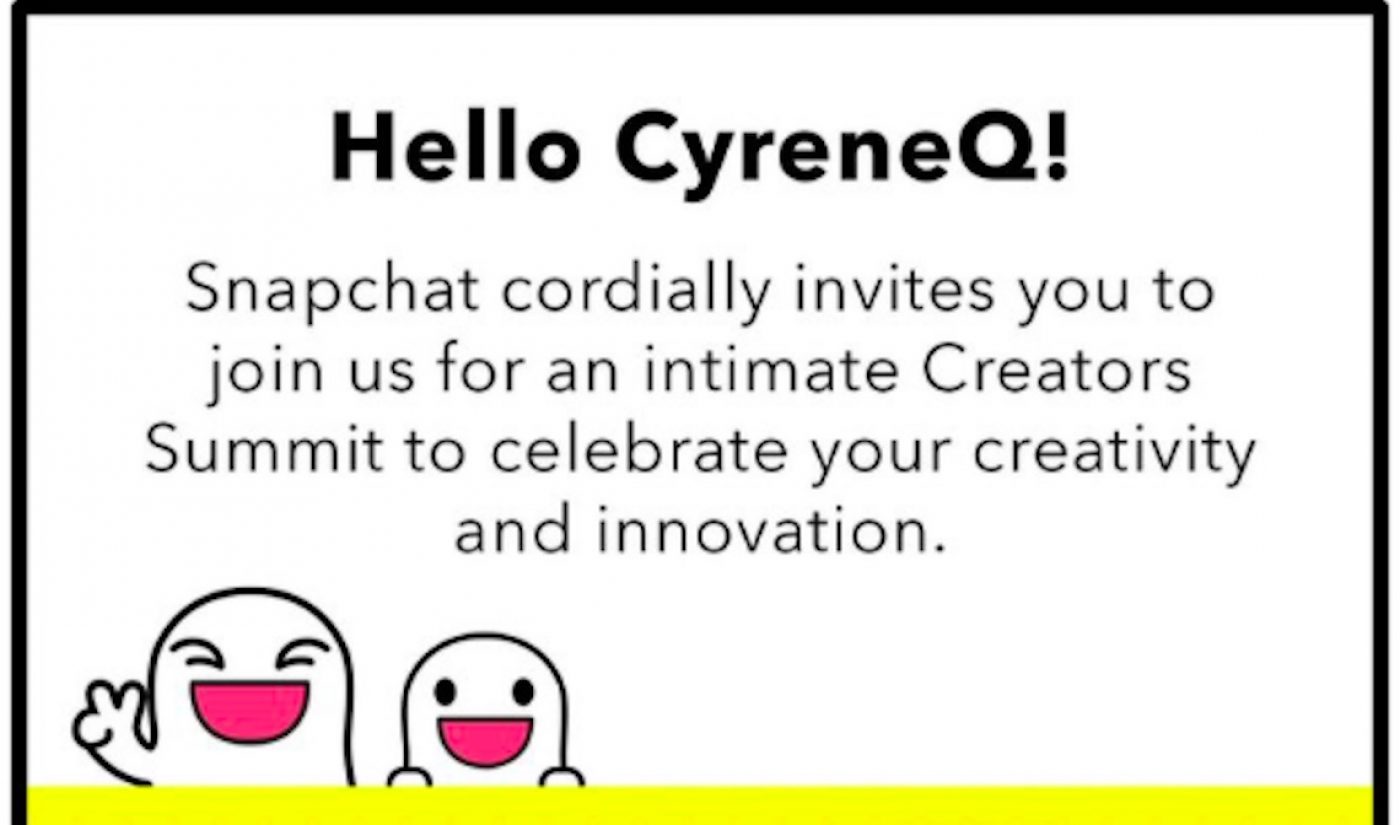 Snapchat hosted its first Creator Summit on May 7, a move meant to tell the platform’s influencers that the social company wants them to stick around.

Attendees included 13 of the platform’s most watched creators, according to TechCrunch, who joined the Snapchat team in Los Angeles from places as far as Lebanon and close as a few miles away. A tweet from one attendee, CyreneQ, named the other 12 creators at the summit, such as longtime Snapchat star Shonduras as well as OperAmericano, Mike Metzler, and Danny Berk. You can see the other names listed below.

CEO Evan Spiegel made an appearance at the summit, while his company’s product managers and other executives, including VP of content Nick Bell, spent more time talking to the platform’s influencers. About as many Snapchat employees attended as did creators.

The Creator Summit’s goal, Bell told TechCrunch, “was to listen and learn from [the creators] about how we can continue to strengthen opportunities for them on Snapchat — and continue to empower our community to express themselves and have fun together.”

Feedback was stressed at the summit, and creators who attended seemed pleased, for the most part, with Snapchat’s effort to listen to what they want from the social platform. “We collaborated on a lot of ideas, and it feels solid,” Shonduras told TechCrunch about the event. Metzler called the summit “refreshing,” adding that “Snap seems very genuinely interested in listening to what we have to say, and committed to making this an important initiative.”

Not all creators at the event, however, were appeased by the social company’s brand new show of appreciation for its most popular influencers. For years, Snap has failed to give back to its biggest creators, only just offering them Stories analytics this past February. Around that time, the company was also receiving backlash for its redesign, while creators using the platform called out its content promotion shortfalls. One creator, Marques Brownlee, even posted a then-trending YouTube video about how his Snapchat Stories were only getting around 90,000 views, but when he went on Instagram, his Stories started seeing over 400,000.

For reasons like these, multiple Snapchat creators have shifted their focus to platforms like Instagram and YouTube, both of which cater much more to their top influencers. Spiegel announced some ways Snap would try to better serve their creators after the company’s Q3 earnings call last year, which was bad enough to see Snap’s stock fall by 15%. These included “more distribution and monetization opportunities,” Spiegel said at the time.