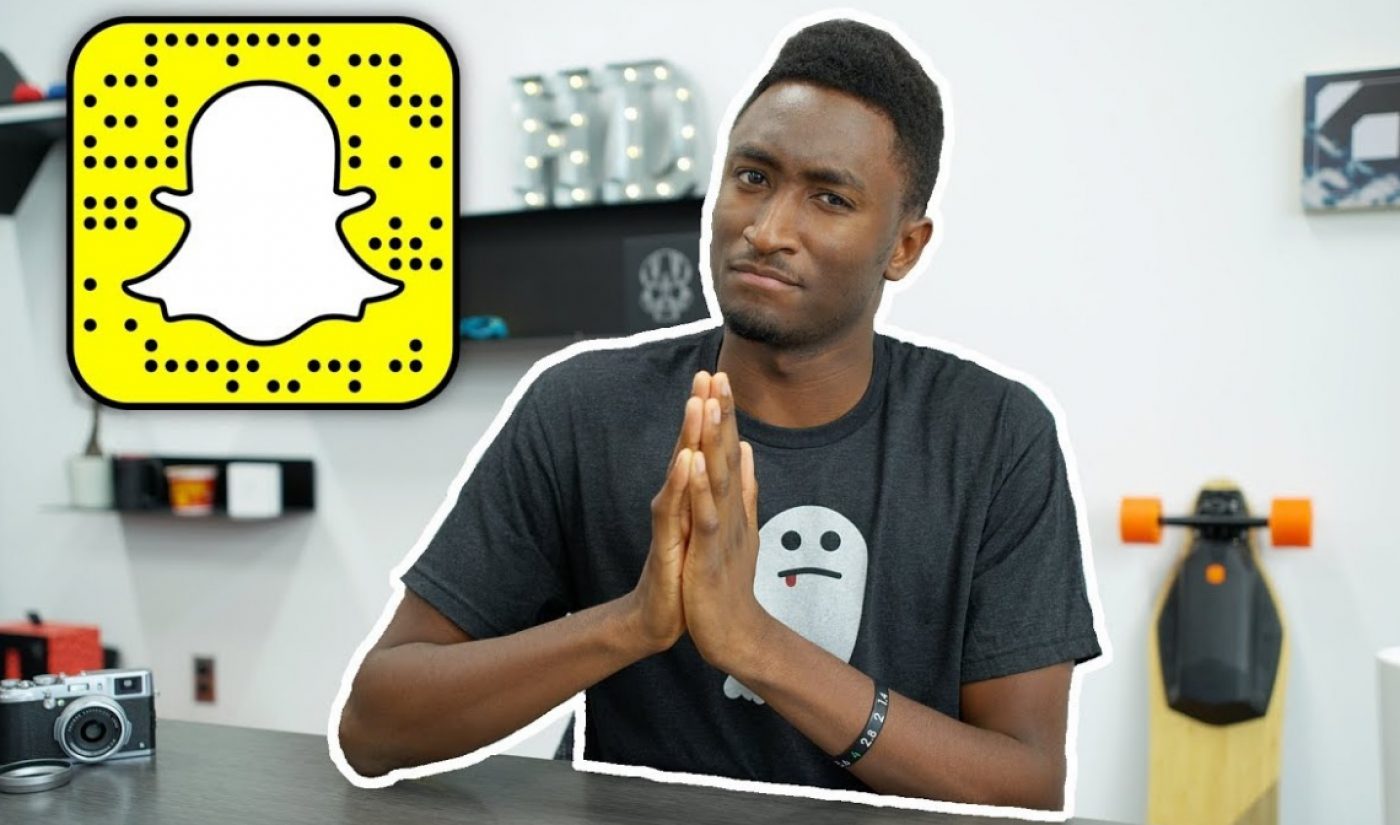 When we last wrote about Snapchat‘s big redesign, the update had just arrived in several foreign territories but had not yet made its way to the US. The app’s new interface, which separates content created by friends from content created by Discover publishers, received immense criticism as soon as it arrived overseas. The biggest gripe seemed to concern the decision to combine Snaps from friends and Stories into a single, muddled feed.

A month later, some American users have switched over to the new Snapchat, and they have been equally negative about the fresh design. BuzzFeed has collected a few of the most vociferous responses, which, in true internet fashion, are expressed through memes.

More nuanced criticism of Snapchat’s recent track record — which, to avoid mincing words, has not been good — came from tech vlogger Marques Brownlee. In a video that ended up on YouTube’s trending tab, Brownlee accused Snapchat of failing to do enough to promote the discovery of user content. As he explained, his Snapchat Stories typically average around 90,000 views, but when he decided to experiment with Instagram Stories, he instantly received upwards of 400,000 views.

Brownlee’s critique is not directly related to Snapchat’s redesign, but he concludes that no matter how the app looks, it isn’t doing enough to promote its users. “I don’t see them fully embracing the discovery of individually-produced content in nearly the same way Instagram would,” Brownlee said.

As I mentioned in my last story on this subject, consumers can be sensitive to redesigns, so there’s still time for Snapchat’s new look to pick up some positive press. And despite the complaints, there’s evidence to suggest that the app is pulling users away from Facebook as a faster clip than anticipated, so even if customers are unsatisfied, they don’t seem to be deleted Snapchat in massive numbers just yet.

In hopes of turning the tide, Snapchat is sticking with its updated layout. “Updates as big as this one can take a little getting used to,” a Snap representative told Variety, “but we hope the community will enjoy it once they settle in.”