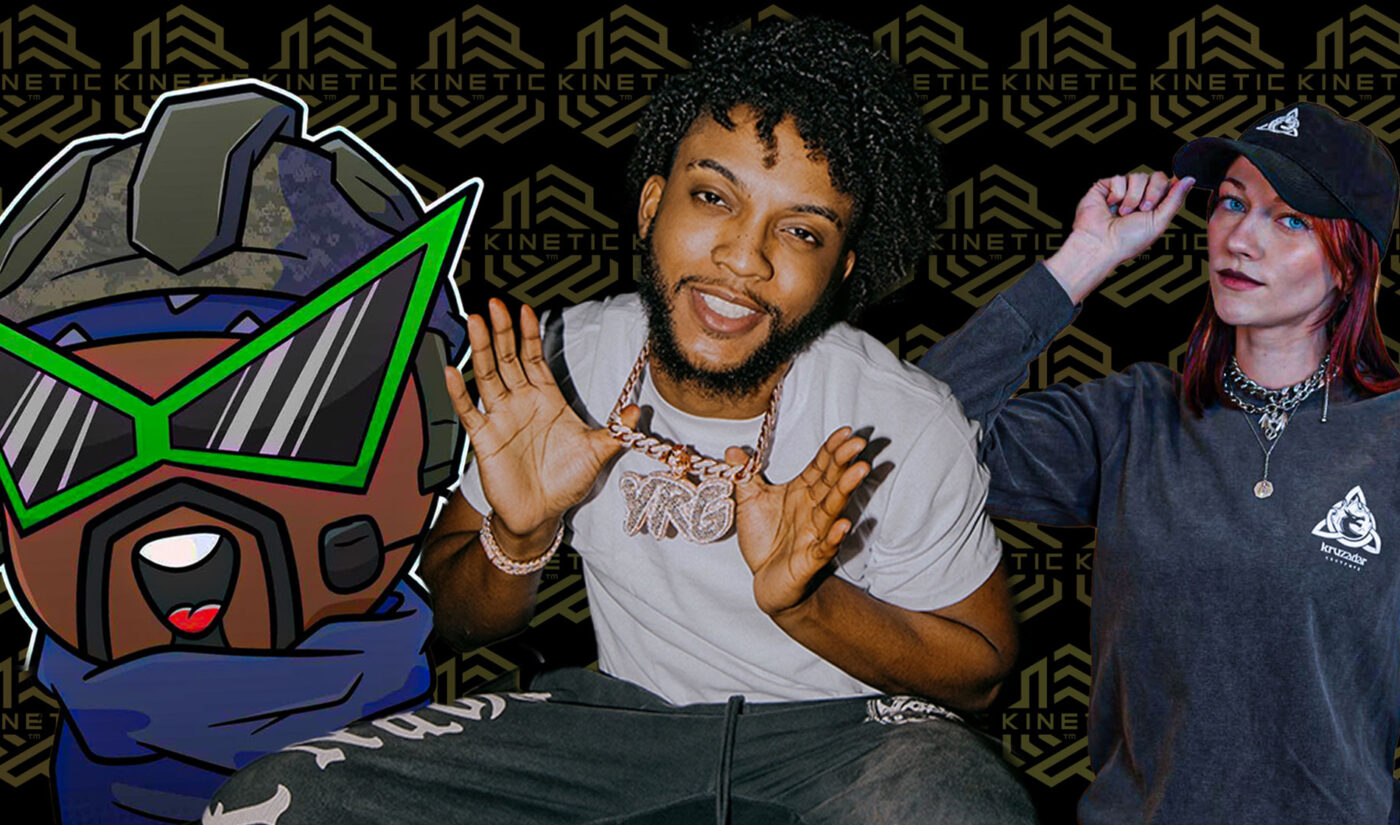 The Kinetic Group, which reps gamers including NICKMERCS and SypherPK, has picked up three streamers for its “Emerging Talent” division.

YourRAGEGaming is a Just Chatting, reaction, and gaming streamer with 1.3 million followers on Twitch. He averages more than 20,000 concurrent viewers per stream, and recently signed deals to make sponsored content with Epic Games, Spotify, and Activision Blizzard.

Kruzadar, meanwhile, is a gaming streamer with 540,000 followers on Twitch. She streams video gameplay across a wide variety of genres, including first-person shooters like Call of Duty, action/adventure games like God of War, and survival horror like The Forest.

And last but not least, HunterTV has 867,000 subscribers on YouTube, where his long-form videos deconstruct memes, trends, and moments of outrage in the gaming scene. He averages 700,000 views per video, and also streams on Twitch, where he has 24,000 followers. A rep tells Tubefilter The Kinetic Group plans to “help further Hunter as one of gaming’s most authoritative and thoughtful voices.”

Joowon Lee, head of The Kinetic Group’s Emerging Talent division, adds that the firm is picking up gamers like YourRAGEGaming, Kruzadar, and HunterTV because “[s]treaming overall, and gaming specifically is redefining modern entertainment.”

“Our latest class of signees have built the community and upward momentum they need to be digital media’s biggest stars,” Lee says. “We are working with them to develop, optimize and monetize new and exciting layers so they can get there.”