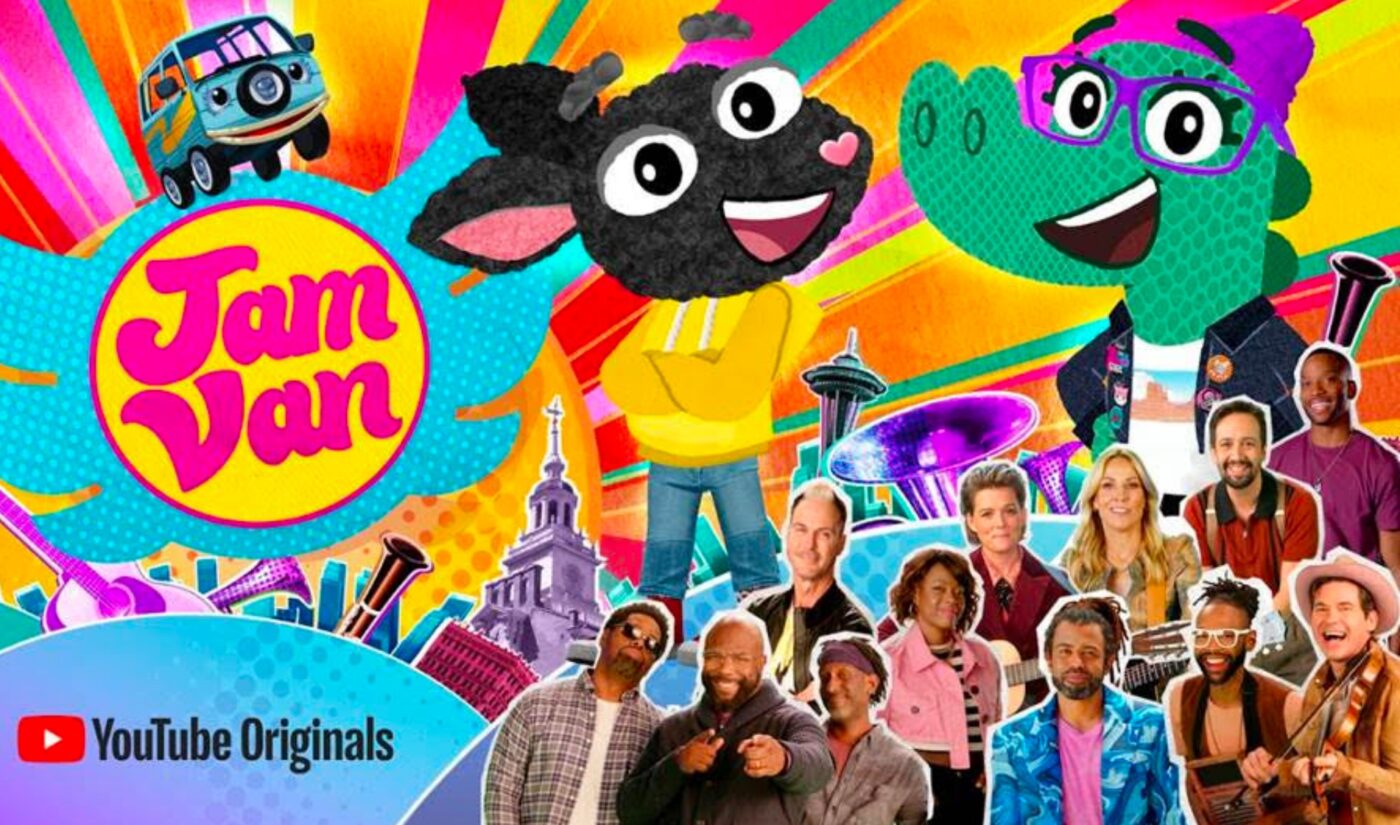 There’s a new jam coming to YouTube Kids. The latest original program to arrive on the family-friendly platform is Jam Van, an animated series that makes musical magic with help from some high-profile guest stars.

Jam Van features the voices of comedians Pete Lee and Nicole Byer as an anthropomorphic lamb and alligator, respectively. The two characters embark on adventures across the United States with help from their navigator: a “grumpy GPS” voiced by Marc Maron.

At each stop on its road trip, the Jam Van encounters local musicians, who use original songs to teach life lessons to young viewers. In the first episode, Anne the Alligator locates her long-lost uncle in the Big Apple after Hamilton creator Lin-Manuel Miranda sings about “The Long Lost Gator of New York City.”

Miranda’s ties to Jam Van go beyond his guest appearance. The show is co-produced by composer Bill Sherman, who met Miranda in college and worked on both Hamilton and In the Heights. Daveed Diggs, who originated the role of Thomas Jefferson in Hamilton, will guest star in a Jam Van episode set in Oakland.

To create his newest musical series, Sherman teamed up with the YouTube Originals team, Believe Entertainment Group, and animation studio Global Mechanic. Jam Van‘s eight-episode first season will feature a mellifluous cast of guest stars. In addition to Miranda and Diggs, musicians who appear in the series include Brandi Carlisle, Boyz II Men, and Sheryl Crow.

“Jam Van will greatly appeal to our preschool and bridge audiences with its fun characters and catchy original songs, but it’s also perfect for families to enjoy together,” said YouTube Global Head of Kids and Family Originals Craig Hunter in a statement. “With a line-up of incredible artists kicking off with Lin-Manuel Miranda and Brandi Carlile, this show is for music lovers of any age.”