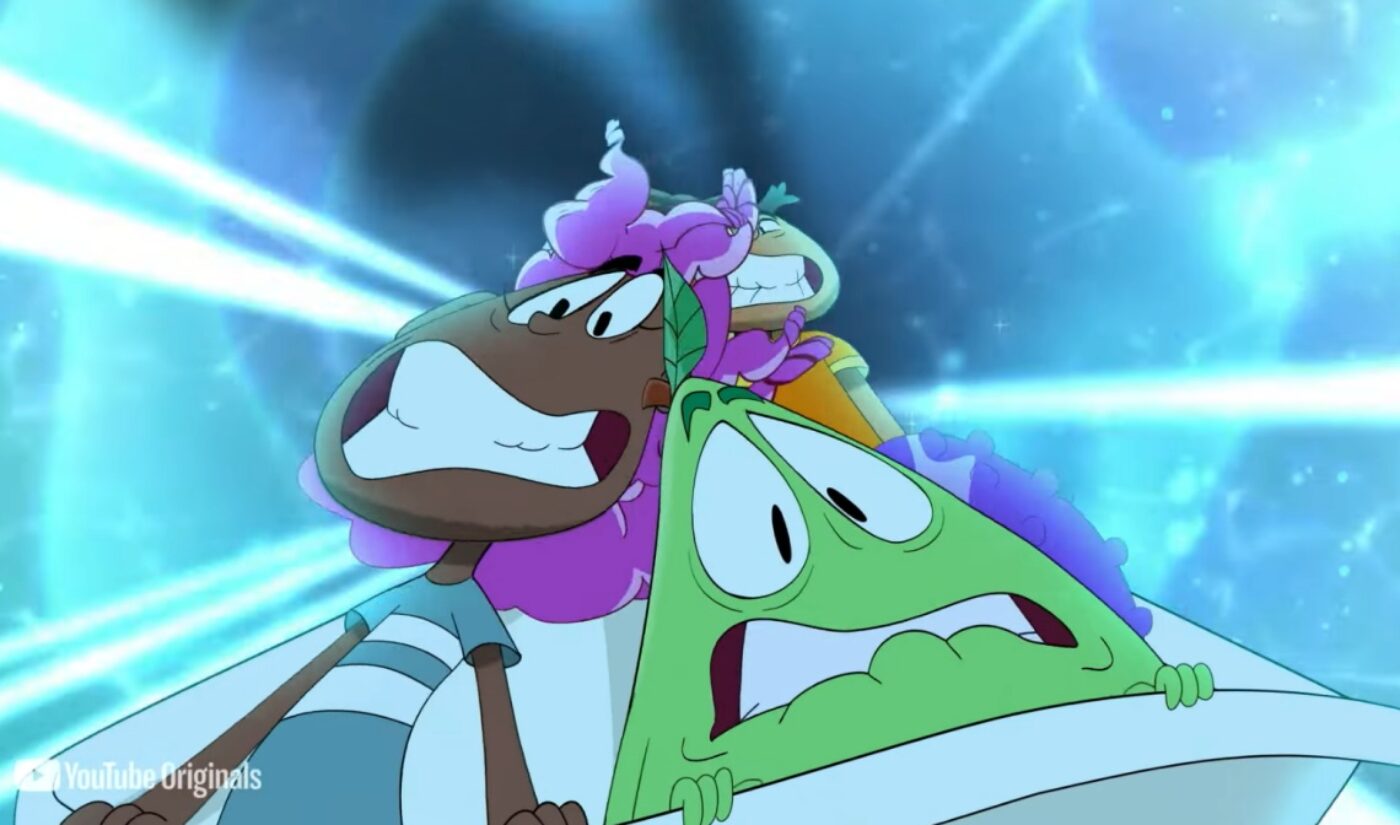 Roi Fabito is a busy man.

One week after launching his first-ever NFT collection, the creator behind the Guava Juice YouTube channel has uploaded the trailer for his YouTube Original series. The Guava Juice Show, which premieres on June 4, is an animated sci-fi romp that will follow its colorful cast of characters on an adventure through the multiverse.

The Guava Juice Show was announced way back in February 2021 as part of an expansive slate of YouTube Kids originals. The series is a co-production between the digital media company Studio71 and the animation studio Mainframe. The latter of those two partners — formerly known as Rainmaker Entertainment — has a long history. It has produced hits like Reboot and Octonauts, but with The Guava Juice Show, it’s trying something new by moving into the world of 2D animation.

Though The Guava Juice Show will be a unique Mainframe production, it has similarities with several other shows and movies. The multiverse conceit is reminiscent of Rick and Morty and Everything, Everywhere, All At Once. The Guava Juice crew’s conveyance, a magical bathtub, gives off Hot Tub Time Machine vibes.

Fabito is a YouTube leviathan who entertains a whopping 16.8 million subscribers on his YouTube channel. In The Guava Juice Show, he will voice the titular green fruit. “I’ve always wanted to launch a bathtub into space since I was a kid and now YouTube Kids & Family has given me the platform to do it,” Fabito said in a statement. “This show is an embodiment of that dream and it goes beyond space — it’s multiversally juicy!”

The first episode of The Guava Juice Show will arrive on Fabito’s channel and the YouTube Kids app at 10 AM ET on June 4. From that point on, new installments will be released on successive Saturdays.