The company “at the apex of gaming and youth culture” is selling land in the metaverse. Welcome to FaZe World. 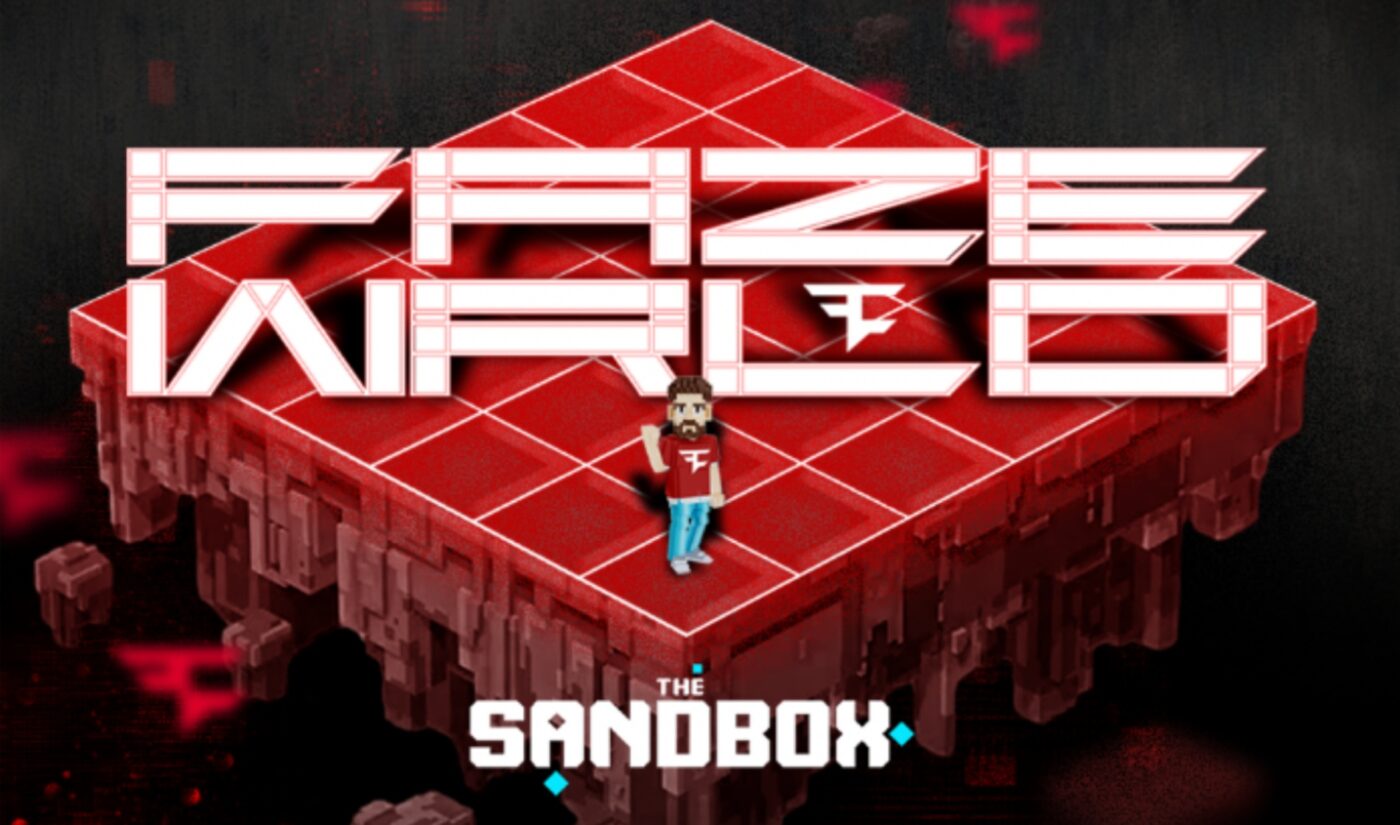 Entertainment and esports organization FaZe Clan has gone public and won major trophies. Most consumers are already experiencing the metaverse. So it was only a matter of time before those two worlds collided.

FaZe Clan’s path to the metaverse will lead it to FaZe World. That space — described as “part virtual real estate, part amusement park” — will be built inside of The Sandbox, where virtual “land” is available in exchange for ETH. FaZe Clan announced that the land sale for its Web3 World will “be announced later this year.”

The Sandbox, a subsidiary of Animoca Brands, will work with FaZe Clan to produce events, develop games, and coordinate product releases inside of FaZe World. The brand’s most devoted fans will get the opportunity to become the “neighbors” of their favorite creators. The amusement park side of the venture will include “immersive experiences,” which are slated to launch in 2023.

FaZe Clan’s arrival in the metaverse is a logical step for one of the major players in the gaming industry. Many gamers have resisted NFTs and other ventures built on Web3 technology. There are many entrepreneurs, however, who believe blockchain-based ventures offer a more equitable financial model than the current norm in the gaming industry. Prominent execs who worked at YouTube Gaming and Twitch are now buying into the crypto hype, even against economic headwinds. (FaZe Clan has also plotted NFT ventures of its own.)

The expanding roster at FaZe Clan now includes more than 100 creators. “FaZe Clan’s leadership position at the apex of gaming and youth culture presents an ideal opportunity to build bridges and lead the gaming community at large into the metaverse,” said FaZe Clan CEO Lee Trink in a statement. “Through FaZe World and our partnership with The Sandbox, our already digitally native fans can experience FaZe Clan in a new immersive way.”

Though FaZe World will be the company’s first foray into the metaverse, it will not be the first time it has established a communal space filled with games and events. Earlier this year, FaZe launched a pop-up establishment called The Armory. The L.A. venue hosted esports tournaments and product drops.