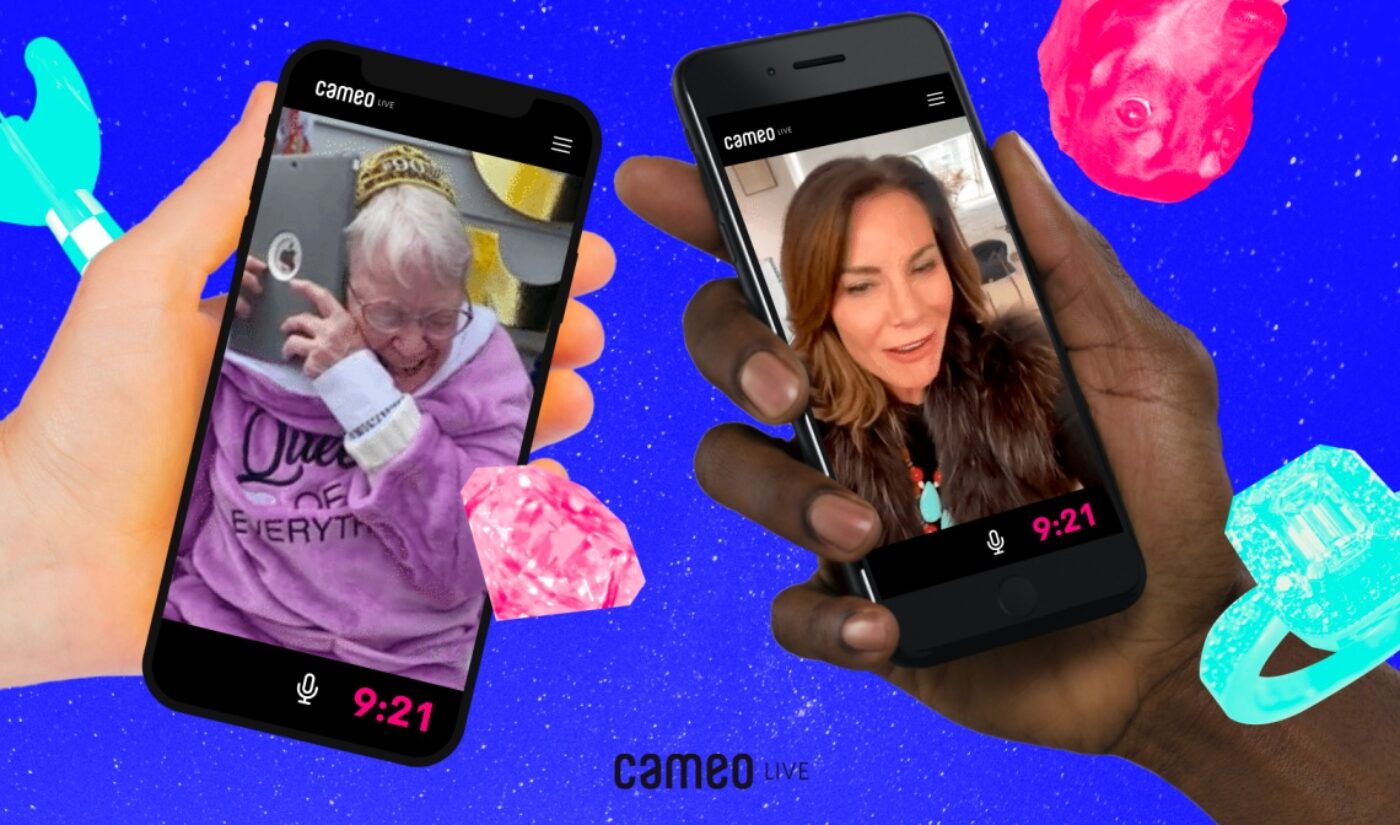 Cameo‘s latest feature will give its users a new way to get face time with their favorite stars. The platform known for its celebrity shoutouts has announced Cameo Live, which lets buyers purchase ten-minute video chats with actors, athletes, influencers, and other notable people.

While Cameo’s flagship product — customized video shoutouts delivered by celebrities — is intended for a single recipient, Cameo Live purchases can be enjoyed by a group. The feature allows one to ten people to come together to chat with high-profile conversation partners. As explained in a video shared by Cameo, those sessions could range from “a ride to work with Stanley from The Office” to “a house party with the Housewives.”

As with Cameo’s shoutouts, the price of a Cameo Live session will be set by the featured celebrity. For Leslie David Baker (a.k.a. Stanley), there’s a big price difference, with “normal” Cameos costing $299 and Cameo Lives retailing for $2,000. Of course, if you split that price between ten people, it’s actually more affordable than Cameo’s basic product. Comparatively, Dorinda Medley from The Real Housewives of New York City offers Cameo Lives for just $250. Her basic Cameos cost $150.

Other personalities who will chat with their fans via Cameo Live include Lord of the Rings actor Sean Astin, pro wrestling legend Mick Foley, and musician B.o.B. In total, there are “thousands of early Cameo Live adopters,” according to the company.

“We’re always looking for new and exciting ways to connect fans and talent on our platform,” said Cameo Co-Founder and Chief Product Officer Devon Townsend in a statement. “With Cameo Live we’re keeping the personalization and fast turnaround we’re known for and making the connection a two-way street. The new live experience is perfect for small groups of fans, family members, and friends looking to share longer, more intimate conversations with the heroes they love.”

Cameo is positioning is live video offering as part of what it calls “Cameo 2.0,” which the company defines as “the next chapter in our mission to create a full-service technology platform enabling the most personalized and authentic fan experiences on earth.” Other experiences that are part of that shift include an NFT venture called Cameo Pass and an expansion of the platform’s merch operation.

Those fresh initiatives have arrived during a tricky time for Cameo. Though the company is still onboarding new talent each year, it has struggled to maintain the momentum it achieved during the early days of the COVID-19 pandemic. Citing that slowdown, Cameo cut 25% of its staff earlier this year.

With Cameo Live, the platform is in line for a much-needed expansion. You can check out the new feature by clicking here.