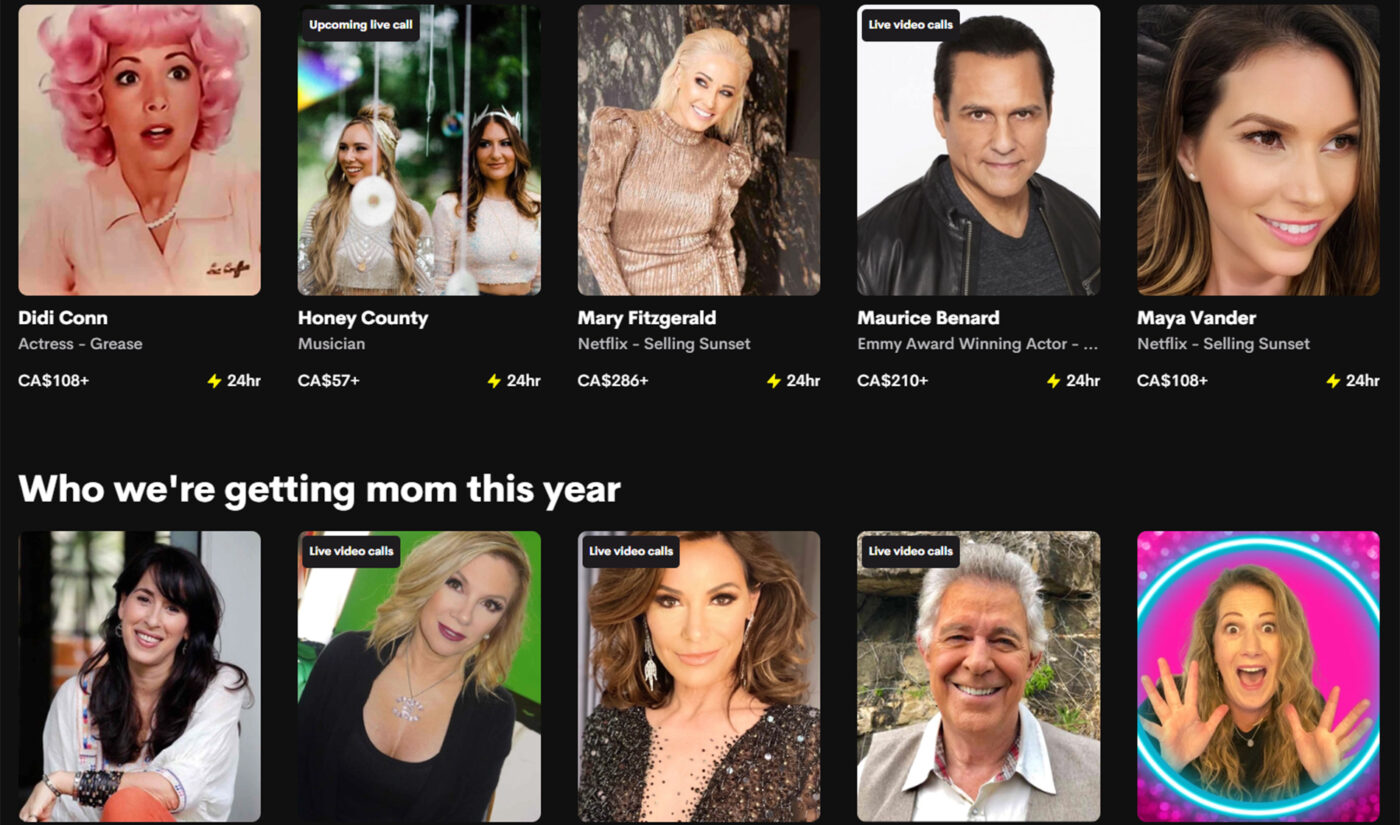 Just a day after announcing a major partnership with Snapchat, celebrity shoutout marketplace Cameo has cut 25% of its staff.

Per Variety, the Chicago-based company laid off 87 people, a move CEO Steven Galanis said was made to “right-size” its workforce after a slowdown in business.

Like many other digital content platforms, Cameo saw a significant traffic boom in 2020 and 2021. In 2020, it facilitated the sale of 1.3 million individual Cameos, which generated a whopping $100 million in gross revenue—more than quadruple what it made in 2019. 75% of that $100 million was paid out to its talent pool, Cameo said at the time.

Galanis told Variety that to cope with the increased demand, “Cameo’s headcount exploded from just over 100 to nearly 400.”

“We hired a lot of people quickly, and market conditions have rapidly changed since then,” he said.

But apparently that surge hasn’t held up, and “Accordingly, we have right-sized the business to reflect the new realities,” Galanis went on.

He added that Cameo thinks reducing its staff will give it “the ability to optimize our financial resources, and time and space to nurture newer business segments like Cameo for Business, Represent and web3 that we believe will be as big as the core business that put us on the map.”

Among those laid off were chief technology officer Rob Post (who was also CTO of the ill-fated Quibi), chief product officer Nundu Janakiram, and Emily Boschwitz, the company’s SVP of marketing.

Cameo’s new partnership with Snapchat gives the latter’s stable of advertiser clients direct access to tap Cameo’s 45,000+ creators for campaigns. The platforms said this deal is a first of its kind for both of them—and maybe a way for Cameo to make up some of whatever cash gap it’s got going on.