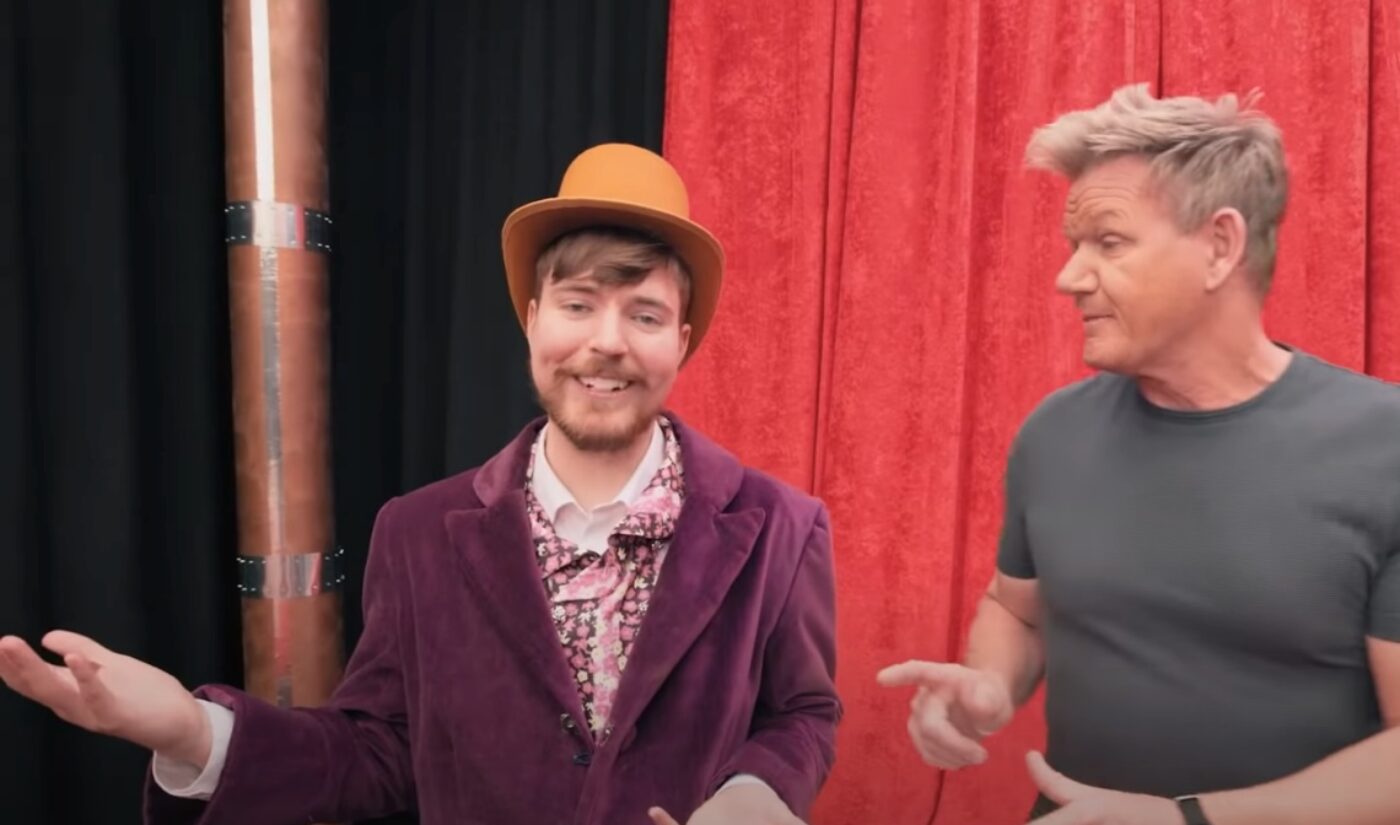 Jimmy ‘MrBeast’ Donaldson has been a busy man since he last uploaded a video on his eponymous YouTube channel. Over the past two months, the North Carolina-based creator has landed on the cover of Rolling Stone magazine while also supporting YouTube at its annual Brandcast.

The marketers and magazine reporters Donaldson has been schmoozing with better be paying attention, because his newly-released YouTube video ranks among his most entertaining creations. In order to promote his nascent snack brand Feastables, he and his team built a life-size version of Willy Wonka’s chocolate factory. The set played host to a series of challenges, and at the end of the gauntlet, one of Donaldson’s fans walked away with the grand prize: the factory itself.

When Donaldson announced Feastables back in January, he revealed that he had stashed a handful of “golden tickets” among the first crop of MrBeast Bars. In our coverage of the brand’s launch, we noted that Donaldson had “gone full Willy Wonka.” Turns out we had no idea just how far he was willing to extend the analogy.

In a video titled “I Built Willy Wonka’s Chocolate Factory,” Donaldson dons a pink shirt, purple jacket, and stovepipe hat to embrace the role first made famous by Gene Wilder. His version of the Chocolate Factory has some details viewers will recognize from the Wonka books and films, such as the iconic river of chocolate.

Other elements are distinctly MrBeast. Donaldson challenges the golden ticket winners to engage in a number of saccharine competitions, and the losers exit down the chocolate river. To avoid that fate, the contestants tried their hand at climbing a candy wall and throwing oversized Mentos into a massive bottle of cola. The final challenge featured an appearance from Gordon Ramsay, who helped Donaldson judge a cooking contest involving sweet treats.

Another hallmark of MrBeast is massive viewership, and this video is no exception. It got 37 million views in two days after arriving on YouTube on June 4. And though I’m sure the set cost a fortune to build, it’s a perfect example of Donaldson’s production style. The YouTube star mixes high production values with gaudy revenue figures, and this video will drive some extra profit for him by promoting Feastables. I can’t promise you’ll find a golden ticket in your MrBeast Bar, but the snack promises a simple ingredient list and an emphasis on high quality.