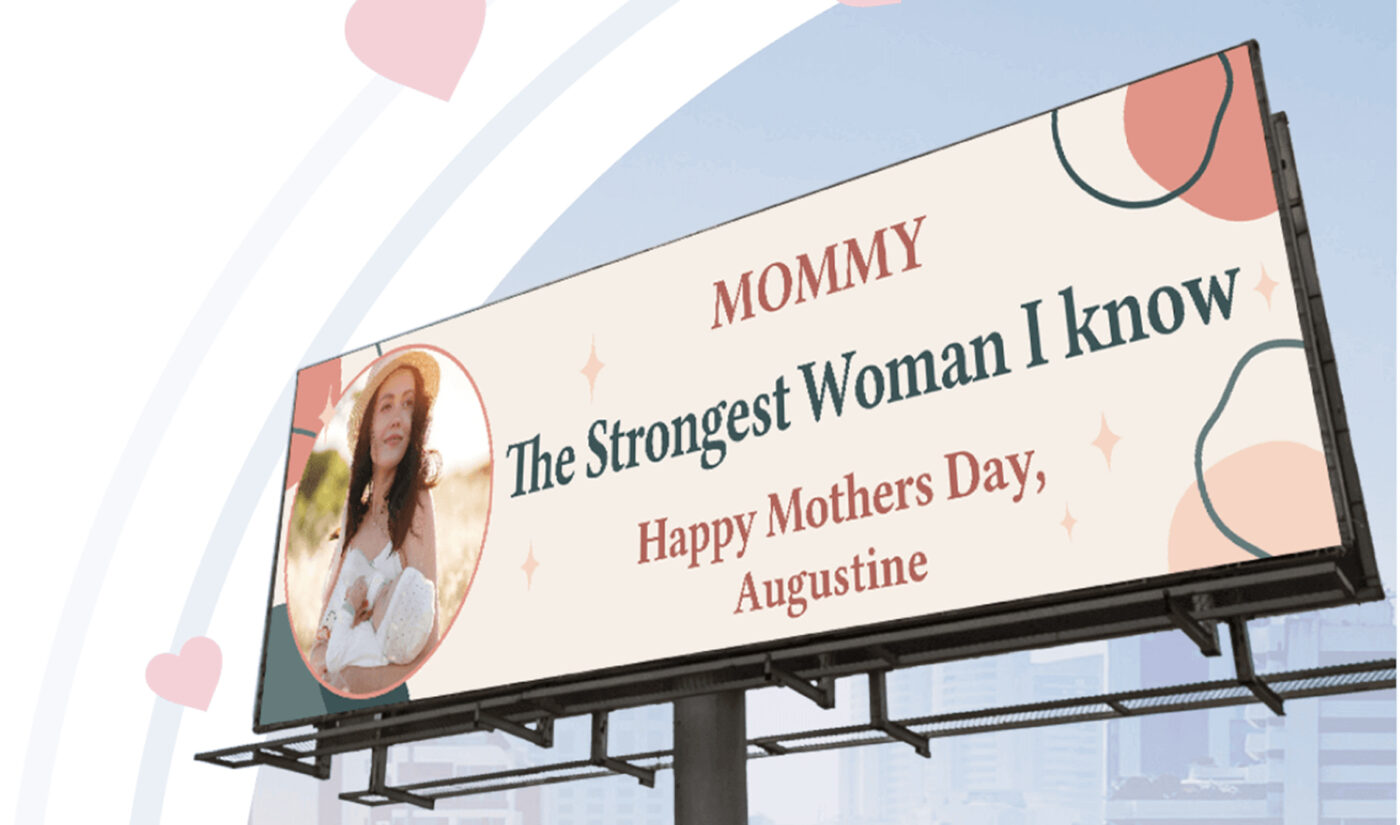 Charli and Dixie D’Amelio are marking Mother’s Day with a new partnership.

The TikToker sisters—who have 140 million followers and 57.4 million followers, respectively—have teamed up with Shoutable, a startup that lets users broadcast personal messages on full-size billboards across the U.S. for $40 a pop.

Founded this year by a group of ad tech and ecommerce entrepreneurs out of Las Vegas-based advertising agency Adomni, Shoutable currently broadcasts users’ messages to 1,600+ digital billboards in 42 states across the U.S.

Users can create their shout-outs from a variety of set templates, then personalize messages to family and friends with custom text and photos. For its launch, Shoutable is only focusing on Mother’s Day, but says it has plans to expand templates to include more major holidays, everyday special occasions, and “just cus.”

Once a user has created their Shout, it starts at $40 to display their message on up to ten billboards in Shoutable’s network. They can choose which billboards and which days and times for their message to appear.

The D’Amelio sisters gave a rundown of the process in their promo TikTok for the partnership:

@charlidamelio dixie and i got our mom a billboard on @shoutable.me!! link in bio #shoutyourlove #shoutablepartner ♬ original sound – charli d’amelio

“Shoutable has opened up the world of digital billboards so anyone can post content in the real world,” Charli and Dixie said in a statement. “We’re excited to be part of the Shoutable launch just in time for Mother’s Day!”

Jonathan Gudai, Shoutable’s CEO, adds, “The ability to bring this digital technology into the hands of [the D’Amelios’] millions of fans, as well as everyday consumers, is groundbreaking. Now everyone can share a #ShoutYourLove message to their friends and family in a new and unique way that has been off limits to the general public until now.”

Following this launch, Shoutable plans to expand its network to more than 10,000 full-size billboards across 10,000 cities in 28 countries, plus 500,000 other digital screens worldwide, it says.