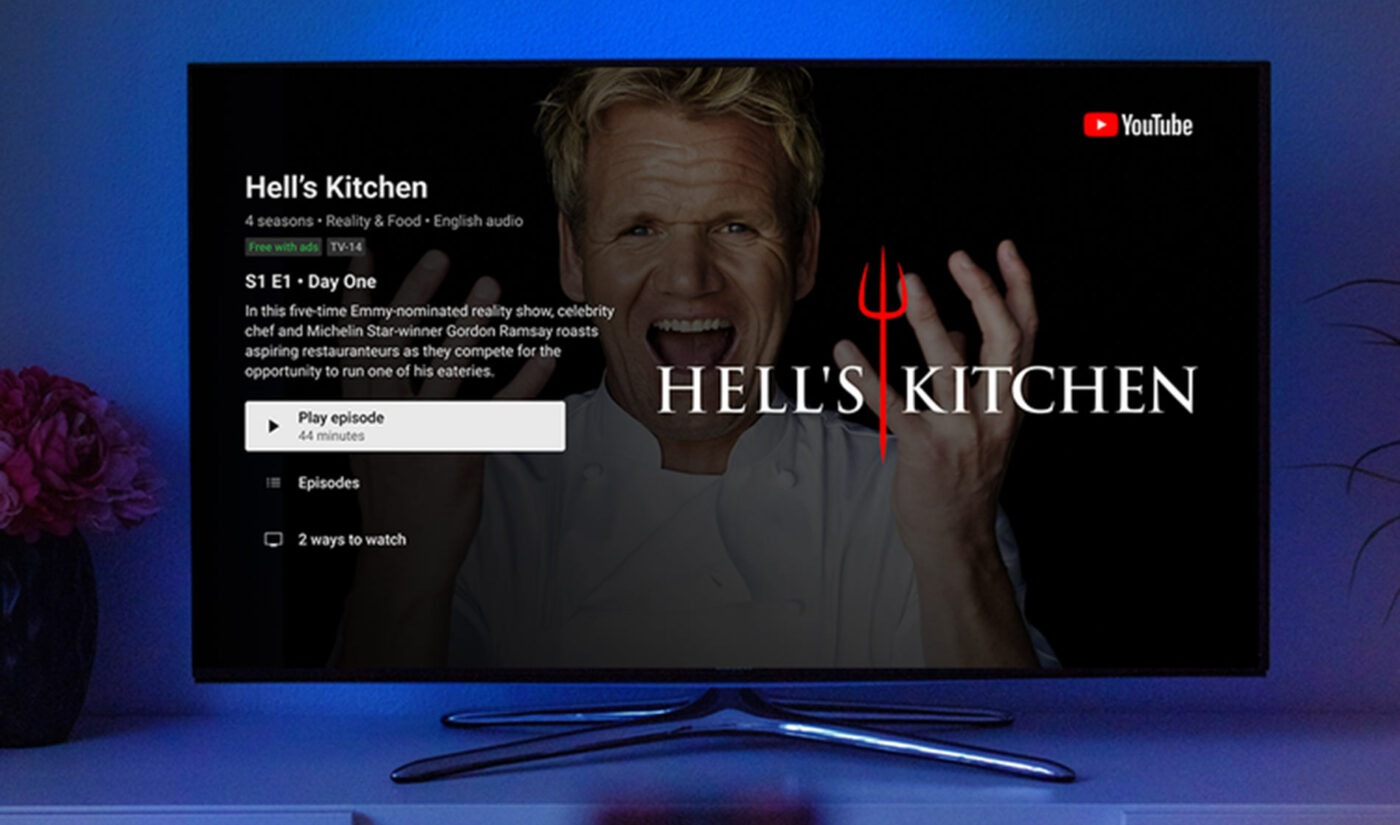 YouTube’s latest bid to challenge big TV networks: taking their former shows and airing them to viewers for free.

The newcomers account for nearly 4,000 episodes total. At the same time, YouTube bulked up the film section of its free-to-watch roster. New titles include Gone in Sixty Seconds, Legally Blonde, and Runaway Bride.

In a company blog post about the freebies, YouTube emphasized—as it often does, these days—that the number of people watching its content on their living room TVs continues to grow, hitting 135 million in December 2021.

“YouTube is at the forefront of the consumer shift to CTV viewership as the top ad-supported streaming platform with the content people enjoy and the creators they love,” the platform said.

It’s worth noting that not only could YouTube’s free-to-watch properties give it a competitive edge with TV networks and streaming services, but they will also generate revenue for it, since it’ll run ads on them just like it does on regular YouTube videos.