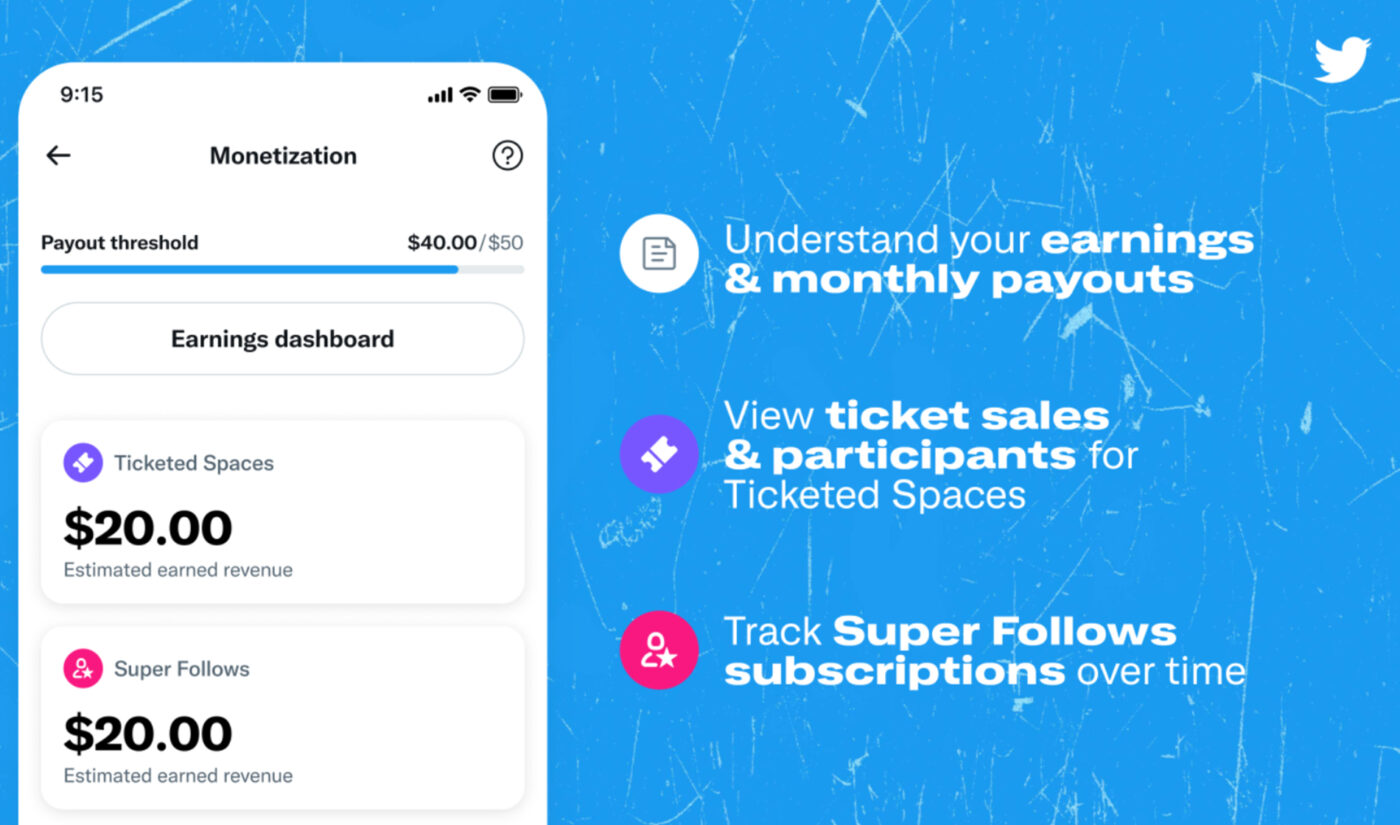 Nearly a year after introducing its first monetization feature, Twitter has added a dashboard that lets creators track how much they’re making.

The dashboard’s core feature is showing creators how much they’re making each month from each tool. And, once a creator’s cumulative earnings hit a $50 minimum, they can choose a payout date for the money to be deposited in their bank account (something Twitter says can take up to 90 days to occur).

In its Creator Dashboard FAQ, Twitter says creators’ estimated earnings are pre-fees, so their actual payouts “may look smaller.”

Twitter takes a 3% cut of creators’ earnings—after in-app purchase fees—until creators make $50,000 total. Once that threshold is crossed, Twitter takes a 20% cut of their earnings.

“Twitter is where people go to have conversations about what’s happening, and creators help lead those conversations,” a Twitter spokesperson told TechCrunch. “With the Creator Dashboard, we are continuing to elevate our commitment to creators on Twitter by giving them a transparent way to better understand their estimated earnings.”

Twitter, which has always struggled to monetize for itself, let alone for creators, is putting significant effort into trying to compete with platforms that have had robust creator monetization programs for years. It launched its first monetization tool, Tip Jar, in May 2021, then chased it with Super Follows in September and Ticketed Spaces in October.

The Creator Dashboard is currently only available to Twitter users with more than 10,000 followers who are in the U.S. and on iOS.