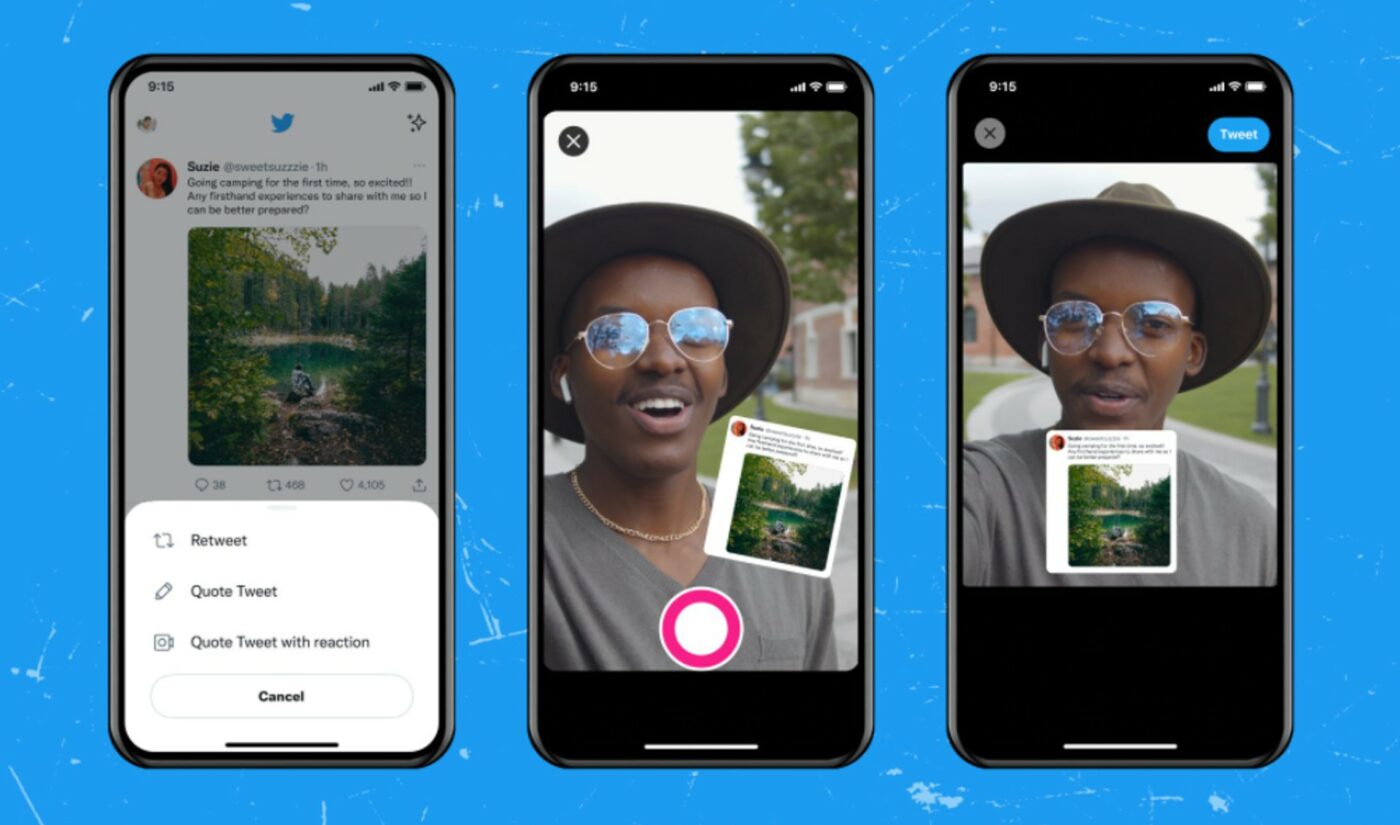 Twitter is testing a ‘Quote Tweet with reaction’ feature on iOS that feels strikingly similar to the reaction video format that has proliferated on TikTok.

Rather than traditional Quote-Tweeting, with a written statement that appears above a Tweet, the feature allows users to embed an image of a Tweet within another photo or video. The ensuing format has been dubbed a Tweet Takes in Twitter’s parlance.

Those who have access to the feature will see a ‘Quote Tweet with reaction’ button on their retweet menus, The Verge reports. From there, users can either take new photos or videos or use content in their camera roles.

Separately, Twitter announced today a new composer bar that enables users to create tweets from their timeline homepages without having to navigate to a separate compose screen. That feature, located at the bottom of mobile screens just above the navigation menu, is also being tested in iOS.

Testing on iOS: when you tap the Retweet icon, choose “Quote Tweet with reaction” to create and customize your very own Tweet Take –– a reaction video (or photo) with the Tweet embedded. pic.twitter.com/1E30F8rKYh