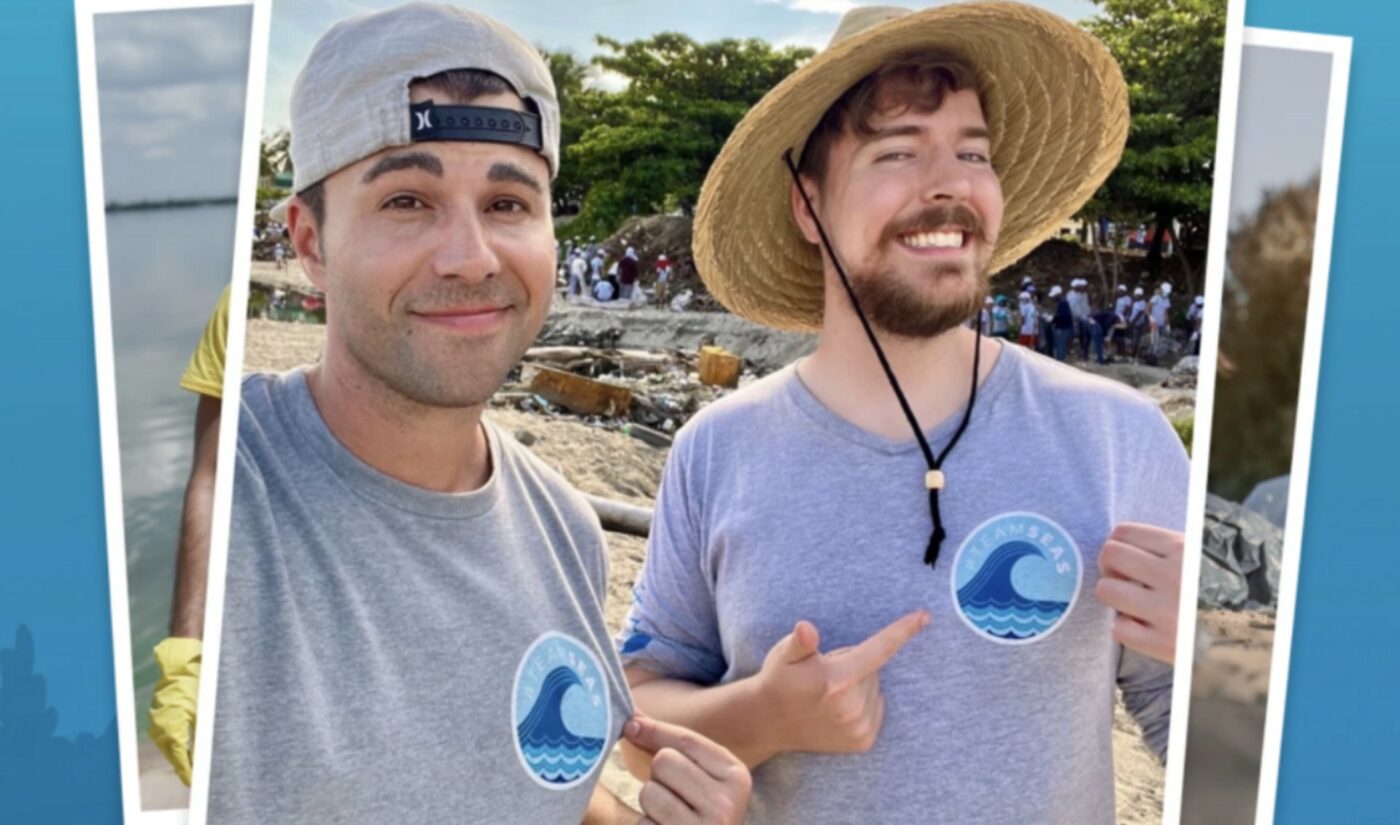 #TeamSeas, the ocean cleanup initiative that marks a re-teaming by YouTuber do-gooders MrBeast and Mark Rober, is nearing its $30 million goal.

The YouTube Originals-backed campaign, launched in October, is seeking to remove 30 million pounds of trash from oceans, rivers, and beaches in partnership with the Ocean Conservancy and Netherlands-based The Ocean Cleanup. (Every dollar raised represents a pound of trash removed).

Yesterday, MrBeast – whose real name is Jimmy Donaldson – said the campaign had expunged 25 million pounds of trash, with four days left until its conclusion on New Yer’s Day. Some of the biggest donors to date have been Shopify CEO Tobi Lutke ($1.2 million) and Great.com founder Erik Bergman ($1.2 million).

Two years ago, Donaldson and Rober raised more than $20 million in 55 days for the Arbor Day Foundation to plant 20 million trees as part of a separate venture called #TeamTrees.

WE ONLY HAVE 4 DAYS LEFT GO DONATE SO WE CAN HIT OUR GOAL https://t.co/SbN0Hkynwb pic.twitter.com/ma9KfPNMDY