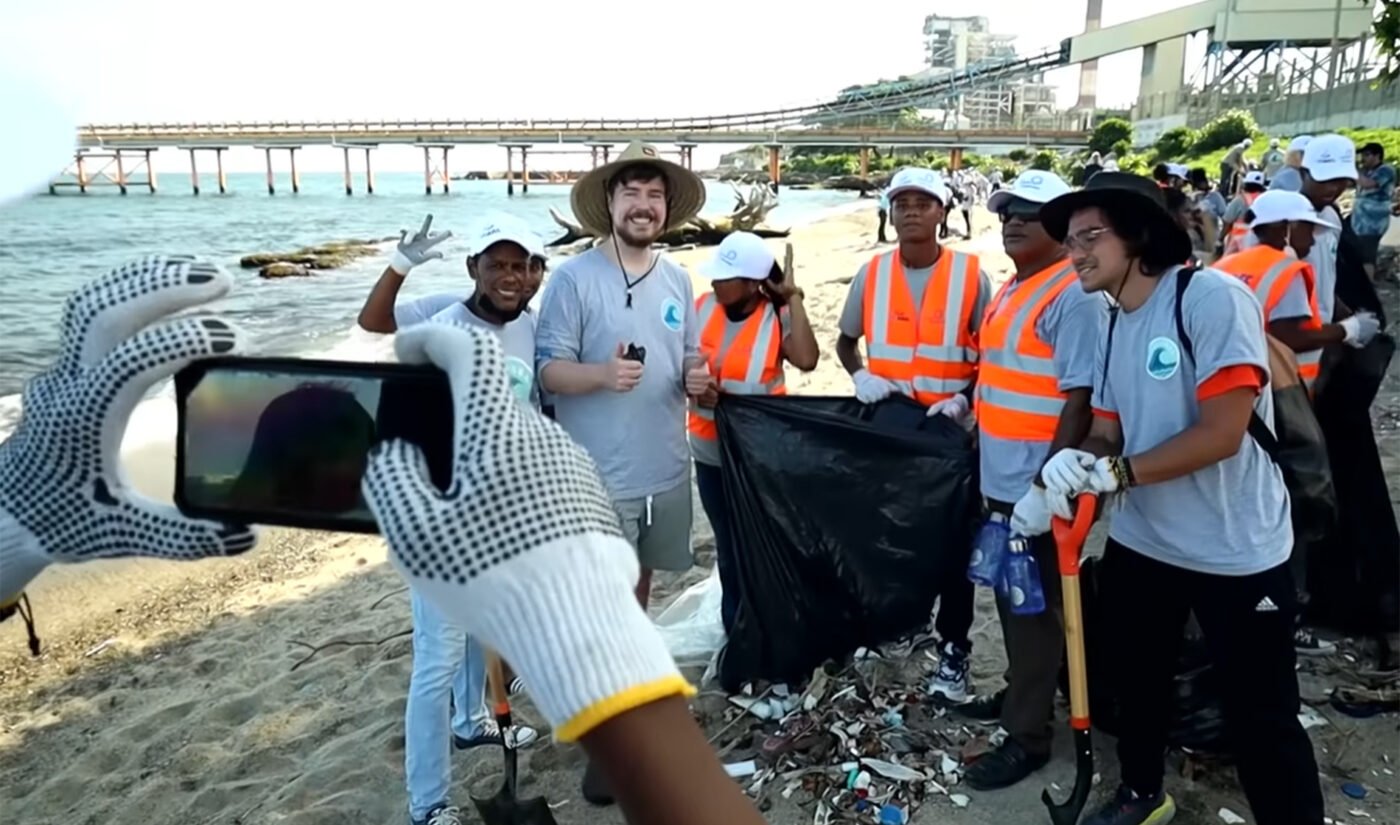 Now the #TeamTrees team is back–with an even loftier goal.

In his latest upload, MrBeast (aka Jimmy Donaldson) unveiled #TeamSeas, a YouTube Originals-backed fundraiser aiming to bring in $30 million to clear 30 million pounds of trash from oceans, rivers, and beaches.

Like they did with #TeamTrees, Donaldson (who has 72.5 million subscribers on YouTube) and Rober (20 million) have partnered with environmental organizations to pull off their philanthropic feat.

Half of the money raised will go to the Washington, D.C.-based Ocean Conservancy. Thanks to nearly 17 million volunteers working with its International Coastal Cleanup program, the Conservancy has removed more than 341 million pounds of trash from oceans and beaches since 1986. #TeamSeas funds will go toward the Conservancy’s cleanups, Donaldson says.

The other 50% of funds will go to The Ocean Cleanup, a Netherlands-based, engineering-focused nonprofit that develops hi-tech solutions to waterway pollution.

The organization’s goal is to have Interceptors deployed in 1,000 heavily polluted rivers within five years, it says.

Between the two nonprofits, every $1 donated to #TeamSeas will equal one pound of trash removed from oceans and beaches, Donaldson says.

At press time, around two hours after #TeamSeas’ debut, more than $1.5 million has been donated through the initiative’s YouTube Giving fundraiser.