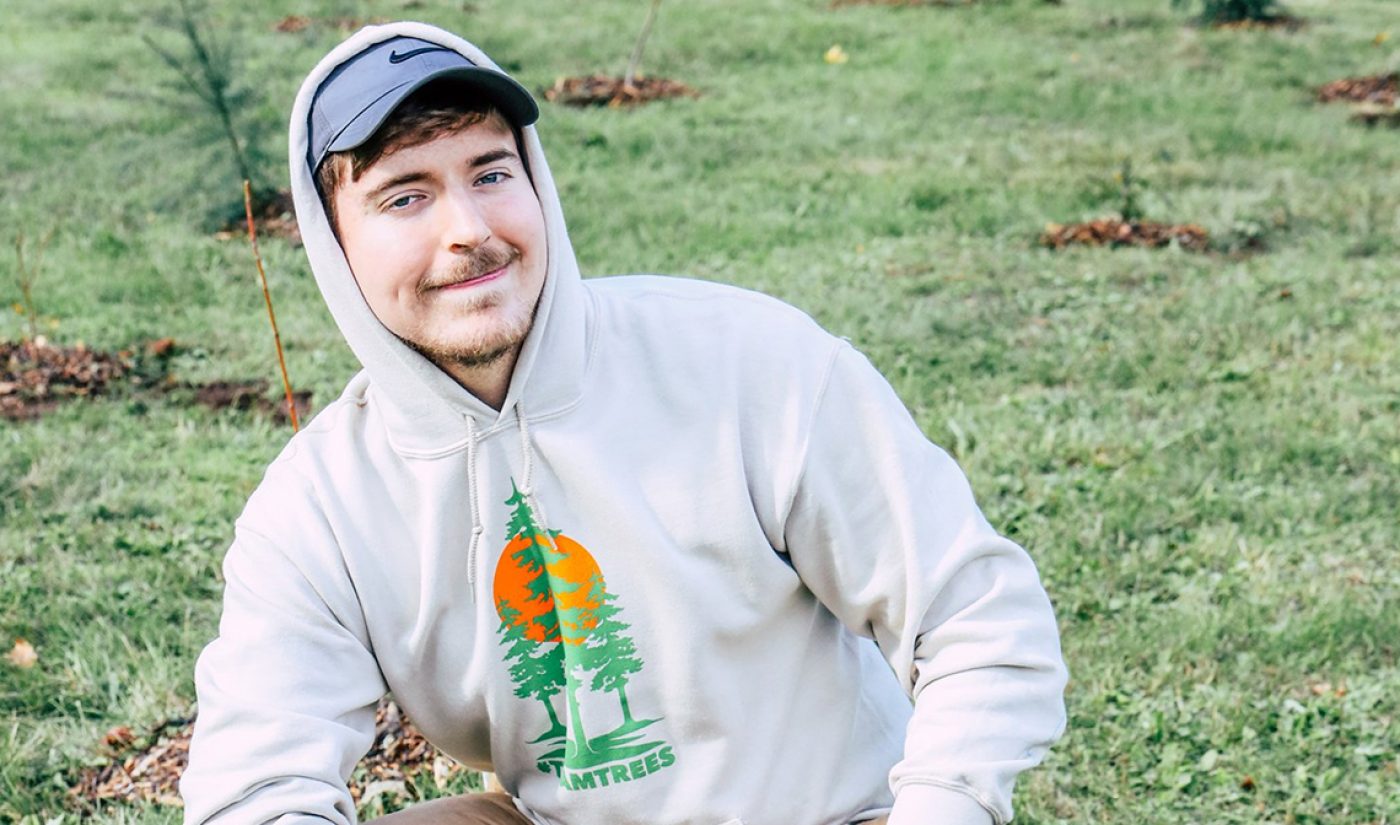 When YouTubers MrBeast (aka Jimmy Donaldson) and Mark Rober unveiled their ambitious #TeamTrees fundraiser in late October, their goal of raising $20 million by Dec. 30 sounded incredibly difficult, if not impossible, to achieve. But thanks to a swath of creators, massive donations from tech platforms and executives, and a groundswell of support from the YouTube community, #TeamTrees has surpassed its $20 million goal with nearly two weeks left on the clock.

“We did it!!” Donaldson tweeted just after #TeamTrees crossed the threshold. “Thank you so much to the over 500,000 different people that donated and the hundreds of influential people that promoted the campaign! #TeamTrees was more than planting 20 million trees, it was a movement that shows we care and we want to make change.”

Money raised is going to the Arbor Day Foundation, which will plant one tree for every dollar donated. The foundation will begin planting in January, and has pledged to have all trees planted by December 2020. An Arbor Day representative told The Verge that #TeamTrees’ 20 million trees will absorb and store 1.6 million tons of carbon, and will remove 115,00 tons of chemical air pollution.

The rep also said #TeamTrees’ impressive $20 million accomplishment officially makes it one of the fastest-growing environmental funding initiatives on earth.

#TeamTrees launched with support from creators like Marshmello, Ninja, jacksepticeye, Jeffree Star, Marques Brownlee, The Try Guys, iJustine, Kati Morton, and John and Hank Green. Within 30 minutes of launch, it had raised more than $50,000, and by Oct. 30, it had attracted the attention of Elon Musk, who contributed $1 million and bumped the total up to $8.2 million.

YOU DID IT!!!!#TeamTrees has raised $20 million which means there will be 20 million trees planted!

Thank you @MrBeastYT, @MarkRober and all of the creators who made this a reality!🌲🌲🌲

The last push of donations over the $20 million line came in today as Donaldson debuted the final video in a five-part project that’s part of his famous “last to” series. In the past, he’s challenged friends to do things the longest, like keeping their hands on a Lamborghini, boat, and house, and staying in a circle, slime pit, VR, roller coaster, and Tesla. Per Donaldson’s usual generosity, the winners of those challenges walked away with enviable financial or item prizes. But with this latest installment, Donaldson offered his biggest prize ever: the chance to become an instant millionaire.

Over the past month, Donaldson’s friends underwent four grueling lead-up challenges: hanging from a bar the longest; swinging the longest; staying on the toilet the longest; and biking the longest. In his latest upload, the winners from each of those challenges came together to compete in the grand finale, where they must keep their hand on a massive pile of $1 million cash longer than their foes to win it all.

#TeamTrees has passed its $20 million/20 million tree goal, and Arbor Day’s January-December 2020 planting period only covers dollars/trees donated by Dec. 31–but it appears #TeamTrees’ planting partnership with Arbor Day will continue beyond Dec. 31. The initiative’s website has been updated to tell visitors they can “come back anytime you feel like planting a tree!”

At press time, #TeamTrees supporters have already given an additional 158,112 trees past its 20 million goal.